People veto bauxite mining, but Vedanta is unlikely to let go of the bounty 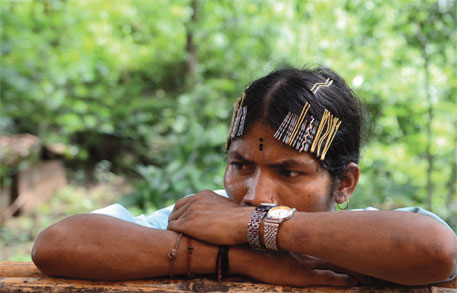 JULY 18th to August 19th: the monsoon of 2013 will go down in the history of India for hosting the country’s first environment referendum. Deep inside the forests of south-western Odisha, in the Niyamgiri hills, people of small tribal hamlets were asked to voice their opinion on bauxite mining in their habitat.

Amid heavy security cover of Central paramilitary and state forces, unlettered forest dwellers—Dongria Kondh and Kutia Kondh tribals, and Gouda and Harijan non-tribals—spoke of a religion embedded in the hill’s pristine ecology.

They told the district judge, appointed observer to the meetings by the apex court, that mining will destroy their god and their source of sustenance—over 100 perennial streams, fruit trees like those of jackfruit and mangoes, spices like turmeric and ginger, wild roots, tubers and mushroom, apart from the land for shift and burn cultivation, dongar, where they grow an enviable mix of native millets, pulses and oil seeds.

“Jharna, pani, paban, patra... sob loss hai jibo (streams, water, air, leaves... everything will be lost),” said Tunguru Majhi, a Kutia Kondh tribal at the Kunakadu palli sabha, village council meeting. “ We will die like Birsa Munda and Rindo Majhi (both Munda and Majhi led tribal uprisings against the British) if you don’t give up now. We are a murkhya jati (illiterate lot) who will never listen to you.”

In April this year, the Supreme Court asked the forest dwellers to decide if mining in Niyamgiri hills will affect their religious and cultural rights. Following this, the Odisha government drew a list of 12 villages “likely to be affected” in Rayagada and Kalahandi districts, to hold palli sabha. The list drew flak from the Ministry of Tribal Affairs (MoTA) because it limited the number of villages that can have a say. Niyamgiri Suraksha Samiti, a local resistance group, claims mining will affect at least 112 villages. 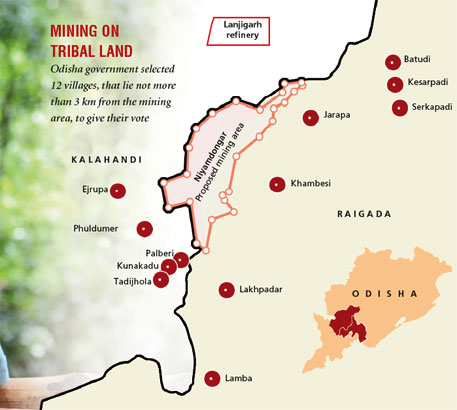 Till the magazine went to print, 10 palli sabhas had unanimously rejected mining. The people stressed that the Niyamgiri hills, spanning 250 square kilometre, is abode of their supreme deity and ancestral kin Niyamraja, who is the protector and preserver of Niyamgiri, the mountain of law.

“Your temples are made of bricks and cement; ours are these hills, forests, leaves and streams. If you dig these, we will die with our gods,” says Bejuni, village priestess of a Dongria Kondh tribal hamlet in Kesarpadi. “Like the Brahmans and the Kayasthas worship Lord Jagannath, we worship our Niyamraja,” said Majhi.

People’s no to mining, however, means little to Vedanta. The London Stock Exchange-listed firm has its eyes set not just on 72 million tonnes of bauxite in Niyamgiri, but neighbouring districts also which have rich deposits totalling 1.8 billion tonnes.

“People have spoken in clear terms,” says Sudhir Pattnaik, editor of Odiya periodical Samadrusti. “They cannot deliberate in complex legal language. It is now for the courts and the ministries to interpret their decision correctly.”

Vedanta sees the development as positive. “None of the palli sabhas discussed if mining will affect their right to worship their deity at Hundijali, which is 10 km from the mining site,” says a senior Vedanta official. The state government has proposed the Hundijali hilltop as the sole place of worship, ignoring people’s broader claim of worshipping the entire hills.

“All the villages have rejected the settlement claims under the Forest Rights Act (FRA). None has filed fresh community forest rights claim on the mining site,” he says. The interpretation may be misplaced. All except one palli sabha rejected the joint verification report prepared by the state government, which settled community claims in bits and pieces around forest villages (see Niyamgiri, in bits and pieces). Angry voices at palli sabha meetings claimed revenue inspectors, foresters and welfare extension officers duped them into signing the report. It gave, say, less than an acre (0.4 ha) of a forest stream, or 15 ha on a hill slope. The report also settled religious and cultural rights on the basis of village deities, ignoring broader claims to worship the hills.

Bratindi Jena of non-profit Actionaid says, “We helped nine villages in filing community claims under FRA. All include the areas proposed for bauxite mining. More than 60 villages have filed community claims that are yet to be verified by the district officials.”

The fact that people have rejected the verification report shows that the state government was biased while preparing the report, she says. “The entire process of preparing joint verification reports of the community claims is illegal,” says Shankar Gopalakrishnan of non-profit Campaign for Survival and Dignity. “The village forest rights committee (FRC) is empowered by FRA to verify all claims on forestland. The government’s role is to assist FRC. It cannot prepare a report to settle the claims.”

The Niyamgiri makes a fit case for the Dongrias to claim their territorial rights or particularly vulnerable tribal group (PTG) habitat rights under FRA, says Y Giri Rao, director of Vasundhara, Bhubaneswar-based policy and research group on forest rights. The 8,000-odd Dongrias live in a specific geographical area of the Niyamgiri hills, unlike the Kondhs who are spread across the state. But the Dongrias do not have individual rights over forestland. All customary rights belong either to the village community or to the tribal clans, he says.

FRA under Section 3(1)e gives forest dwellers “rights including community tenures of habitat and habitation for primitive tribal groups and pre-agricultural communities”. The problem is the absence of clarity in the definition of habitat. According to the list of FAQs published by MoTA, habitat rights “may be recognised over customary territories used by the PTG for habitation, livelihood, social, economic, spiritual, cultural and other purposes”.

But the FAQs are a referral document. The ministry should clarify the definition of habitat in FRA, says Rao. Santosh Sarangi, secretary of the state Scheduled Caste and Scheduled Tribe development department wrote to MoTA on July 1 this year, stating, “The word needs to be clarified in terms of its extent and coverage to avoid ambiguity in considering such claims.”

At the Niyamgiri palli sabhas, the Dongrias claimed the entire Niyamgiri hills, including the bauxite mining site, as their territorial right. However, like their rich unwritten history, their claim, too, is verbal. Claiming the rights involves bringing in all the gram sabhas and tribal clans together to map the customary boundaries and pass a joint resolution to validate the claims. Getting down to doing this is a complex process for the Dongrias.

Another PTG in the state, the Juang tribals, completed this procedure in 2010 and claimed nearly 2,500 sq km in the iron ore-rich Keonjhar district. But the claim has been pending at the sub-divisional level committee, which has asked the state government to clarify the scope and expanse of habitat.

Given the rich resources in and around their habitat, the Dongrias’ case may just come to nought. Despite the referendum against mining, the Vedanta official Down To Earth met was upbeat. “There are 991 million tonnes of bauxite deposits within 60 km radius of the Lanjigarh refinery,” he said. Had Vedanta been allowed to expand its refinery capacity from 1 MTPA (million tonnes per annum) to 6 MTPA , the bauxite deposit in Niyamgiri would have lasted not more than four years. 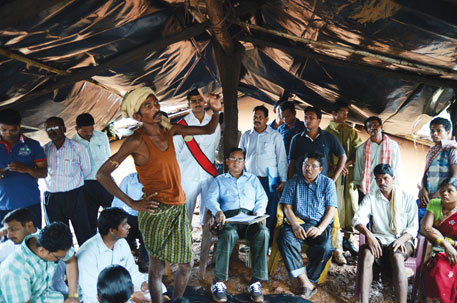 For Vedanta, Lanjigarh and Niyamgiri mark a toehold in the bauxite-rich Eastern Ghats of Odisha, which has bauxite reserve of over 1.8 billion tonnes. That’s about 25 Niyamgiris put together. The expansive deposit owes its origin to weathering of base rocks known as Khondalites, named after the Kondh tribes in 1902 by British geologist T L Walker.

“The high quality gibbsite can be processed into alumina at a low temperature, greatly reducing the energy cost,” the official says. For Vedanta, the largest producer of aluminium, Odisha is the best bet as the largest deposit occurs in Guinea, a West African nation fraught with political instability. The company is unlikely to give in to the tribals’ cause because its competitors are already in the bauxite belt where they have been alloted mines.

Utkal Alumina project, a subsidiary of Aditya Birla group company Hindalco, secured 195 million tonnes of bauxite reserves in Baphli Mali hills in Rayagada. It took the company 21 years to acquire this because of people’s resistance, popularly called the Kashipur movement. NALCO, the state-run aluminium behemoth, has been mining in the Panchpatmali hills in Korapat district since 1987. The hills have a deposit of 314 million tonnes bauxite. Kodingamali, with a deposit of 81 million tonnes, is tied up for Aditya Alumina, also a Hindalco subsidiary.

Following the tribal vote against mining in Niyamgiri, Vedanta conveniently passed the buck on to Orissa Mining Corporation, the state government company slated to supply bauxite for Vedanta’s Lanjigarh refinery. At the company’s annual general meeting held in London on August 1, chairperson Anil Agarwal told activist shareholders that it is the state government’s responsibility to supply the company with bauxite. Senior independent director Naresh Chandra told shareholders, “FRA confers rights on communities, but the extent of those rights has to be tested by the courts. It is a right to consultation, not to veto.” The meeting was reported by the London Mining Network, an alliance of human rights and environment groups.

The interpretation of the palli sabha decision finally lies with the environment ministry, which is likely to veto the mining proposal. With the Congress-led UPA government opposed to mining in Niyamgiri, Vedanta’s hopes lie in a change of guard at the Centre. The senior Vedanta official did not mince words: “Narendra Modi as the next prime minister will ease us out.”