India’s foremost demographer had a lively interest in a host of societal issues, specially the state of the aam aadmi 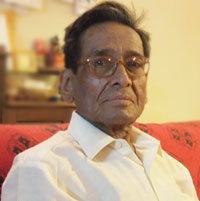 Some years ago when he was down with pneumonia and admitted in a Delhi hospital, Ashish Bose noticed that the nurses attending on him were from Kerala as were nearly all the others in the establishment. Bose decided that it would be interesting to do a demographic and socio-economic profile of the nurses. He called the matron and asked if she could get her nurses—there were 88—to fill out the questionnaire that he designed while he lay in bed.

She agreed and that’s how much later, India’s best known demographer, then long retired from the complex task of crunching census data, published an interesting paper on what he called the paradox of Kerala nurses. His finding was that girls from Kerala villages who took up nursing were still victims of the social norms, paying high dowries to get good husbands. Although they were migrating on their own to all parts of India and the world with better qualifications for which they were paying huge sums, they still had to pay higher dowry to get what they called “better husbands”. That was one of a number of insights Bose brought into everyday life.

Says his long-time research assistant Mithu Adhikary who helped Bose prepare India’s demographic profiles and detailed district-level data on the health scenario:“Field work was his passion and he was always keen to be out in the villages collecting data. Till the end he was working on some project or the other.”

Bose was a delightful raconteur and would regale me with the amazing and the amusing whenever I went to interview him on some of the arcane statistics put out by the Registrar General of India on India’s Census. Among these stories he recounted was one of Prime Minister Manmohan Singh when he was Bose’s colleague at Institute of Economic Growth (IEG). It appears that on one occasion Singh lost his luggage when he went to attend an academic conference in Amsterdam. The thieves who snatched his suitcase at the airport found only academic papers and a neatly tied turban ready to wear for the next day’s meeting. They returned the bag!

Such stories were to form part of another collection of vignettes that he planned to write but Bose said at a meeting a few weeks ago that his priority was a book that he had titled Population, Politics and the Aam Aadmi (nothing to do with the Aam Aadmi Party) that he was busy putting together. “Everyone talks about the aam admi, our politicians and ministers and they are always in the budget. But it’s all hogwash. No one of them really knows how the poor live,” he said in one of his earlier interviews to Down To Earth where he spoke at length about the people he intended to feature in the book.

But on April 7, Bose, 83, passed away at his Delhi residence, leaving behind a pile of books that he wrote on population and development such as Growing old in India: Voices Reveal, Statistics Speak and Darkness at Noon: Female Foeticide, and India's Billion Plus People. He also leaves behind memories of delightful tales of the high and mighty, some of which can be found in Head Count: Memoirs of a Demographer, published in 2010. The emeritus professor at IEG was a prolific writer and contributed regularly to the Economic & Political Weekly, sending in letters when he was not offering incisive commentaries on a range of issues.

His wife Manjula, who has seen him at work during their 48 years together, says his curiosity and interest in what was happening around was insatiable. “Till recently he would call ordinary people home and interview them for hours, on their life and work. His mind was always active and always sharp.”

Bose was on many panels where he brought his unusual perspective into the deliberations, not least at the Independent Commission of Development and Health. As Pronab Sen, chairperson of National Statistical Commission, remarked: Bose was extraordinarily imaginative, the kind of person who made a deep impression on economists and the way they think about development. His interests though ranged far and wide, and women’s empowerment and health issues were top of the mind issues for Bose. Quality health care for the poor deserves the highest priority from the government, but in all our Five-Year Plans, health is put under the social sector and, therefore, given low priority. “Why can’t health be put under the economic sector just like the production of cement and steel?” he would ask.

The Kolhapur-born Bose pioneered the study of population at IEG’s Population Research Centre which he headed for decades and brought the problem centre stage when he coined the famous acronym BIMARU for the problem states of Bihar, Madhya Pradhesh, Rajasthan and Uttar Pradesh. It was these northern states which accounted for more than 40 per cent of the population—he deliberately left out Odisha because it was a small state—and where fertility rates were extremely high. BIMARU, which means sick in Hindi, is still part of the common lexicon for the Hindi heartland. Bose argued that the efforts to contain population should continue to focus on these states.

Having been on various government committees, the demographer had no faith in the government’s ability to do anything and has been arguing that population control is best left to the people and to NGOs. The lack of education for the millions of young in the country was another sore point with Bose who worried that the demographic dividend that economists believed would accrue to India on account of its huge youth population would turn into a liability.

At a meeting last month, he ripped apart comfortable notions about the dividend, asking: “At what level are you discussing this dividend, at the national, at the state level?” For the man who counted India’s strengths and weakness, his caution was: even state level analysis of the figures are not useful. Studies should be made at the district and tehsil level and see what skills are appropriate.

India, he said, needs hundreds of strategies to tap youth power and not just one single national policy. He termed that mere blah blah. “We have to think small, not big.” As a demographer who did both and made it count, he will be missed.