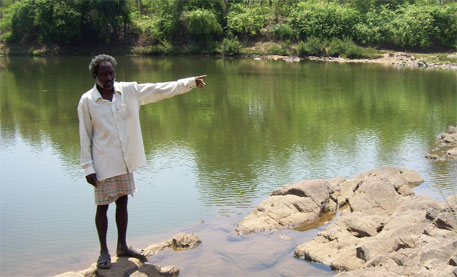 Diwakar Bodda Telandi is tremulous as he poses for photographs for Down To Earth (DTE). “This won’t get us into trouble, would it?” he asks. “We have no one to protect us, so we have to keep both the sides happy.” The two sides Telandi is referring to are the state forest department and the Naxals who live in the Kamlapur forest range adjoining his village Chitveli. The forest range is in the southern part of Maharashtra’s Gadchiroli district.

About 180 square kilometres in and around the forest, which include seven villages, is home to about 15 genetically pure Asian wild buffaloes. The area is contiguous with the Indravati Tiger Reserve in Dantewada, Chhattisgarh, and is considered the most Naxal-infested in the state. The forest department has notified it as Kolamarka Conservation Reserve as per its plan to protect the highly endangered buffaloes with participation of Madia tribals.

All, it would appear, is well. But for the Madia tribals, safety is at stake. “The forest department cannot save us from the Naxals if something goes wrong,” says Bandu Sidam of Chitveli. “They come in the night, slit throats and cross the river to Chhattisgarh.” The forest department denies there could be safety issues, though its own patrolling staff does not stay in the quarters provided for the purpose in the forest range, leave alone venturing into the forest.

Whither people’s consent?
A conservation reserve was proposed by the people, claim forest department officials. Vinay Sinha, assistant principal chief conservator of forests, ecotourism and wildlife administration, told DTE the Kamlapur gat (group) gram panchayat had passed a resolution in favour of conservation reserve in Dece mber 2011. The group consent is meaningless considering that the Panchayats Extension to the Scheduled Areas (PESA) Act demands consent from each individual in the gram sabha.

As Sinha admits, the resolution does not mention names of the villages which comprise the gat gram panchayat, questioning the authenticity of the document. Despite repeated requests, DTE was not given a copy of the resolution.

People say they were never a part of any consent-taking process. Chitveli was first told about the conservation reserve in Septe mber 2012, says Telandi. Tonder village, among the seven villages identified for conservation work, received only verbal intimation. No consent was taken, says village headman Malu Kusram. In fact, people are not even aware that their consent is required for the endeavour.

This apart, the conservation plan is being prepared by a committee that comprises senior forest officials, conservationists and four tribals.

Madias, the poorest and the most isolated tribals in the state, have literacy rate of two per cent. Obviously, they are only show pieces in the committee, says Ajay Dolke of non-profit Srujan, which works with Madia tribals in Naxal-affected Bhamragadh tehsil in Gadchiroli.

Despite the participatory label, the modus operandi of conservation work does not have space for community participation or decision-making. The actual conservation work, says Mahendra Chouhan, honorary wildlife warden in Gadchiroli, will not be done by the community as a whole, but by about 50 tribals chosen by the department. They will be kept in camps and trained to track and record movement of the buffaloes, prevent influx of cattle, poaching and felling, he says. Those employed as guards would be paid remuneration of Rs 6,700 and supervisors would get Â´??Rs Â´??8,000 per month.

Such a system is patently wrong and dangerous, say observers. “PESA and the Biodiversity Act provide for community participation and employment of people’s traditional systems of management in participatory conservation,” says Dolke. Hand-picking individuals will split the community into artificial categories like government supporters and Naxal supporters, he says. Bande Kusram’s son was not recruited at the forest and says jobs should be given to all.

Mohan Hirabai Hiralal, forest rights activist at Mendha Lekha village in Gadchiroli, agrees, “Cash compensation to a few individuals will create discontent and rift within the highly impoverished community. This is not participatory but proxy conservation; using tribal youths to do the work that forest staff are unwilling to do.” If participatory conservation is, in fact, the aim, the forest department should first settle community’s rights under Forest Rights Act (FRA) and give decision-making powers to community as a whole, say activists. 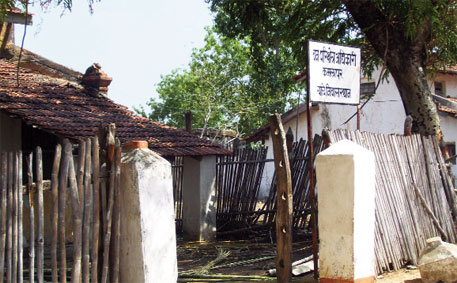 The forest department officials and conservationists say playing safe is sufficient to ensure safety. Chouhan, who claims to have taken the Naxals’ consent for the conservation reserve, says, “The arrangement is that no information regarding Naxals will be passed to the police by either the people or the officials doing conservation work.” Sinha concurs with the strategy. “If people tell us that Naxals want us to stop work for a day we will stop work,” he says.

But this is not enough, say people. Lalsu Nogoti, the first Madia law graduate and a forest rights activist with Srujan, who lives in naxal-affected Bhamragadh, says, “The arrangement smacks of Salwa Judum, pitting community members against each other. The forest department is expecting people to act as go-betweens. They will be in danger of incurring Naxals’ wrath as they will be doing the actual conservation work.” Kanna Madawi, the first Madia medical practitioner based in Aheri tehsil, says, “Too much trust is being placed on word- of-mouth arrangement. This makes the entire situation unviable.”

No rights, only discontent
So why have people accepted the deal? The answer is simple and stark—they have no alternative. They cannot afford to antagonise the forest department and forego the employment opportunity. Or, for the matter, refuse the little legitimacy that has come their way. “This is the first time the forest officials have spoken to us,” says Kusram.

The forest department has a list of benefits people would get—solar lamps, fertiliser, seeds, irrigation tanks and the right to collect minor forest produce. What is missing on the list is settlement of rights under FRA, a must before any protected area can be notified.

In Chitveli, only one out of 14 families has received individual land under FRA, while the remaining claims have been rejected. In Tonder, most claims have been rejected, though the exact figure is not with the people. No village in the vicinity of the reserve has applied for community rights. “We would like to have individual and community rights,” says Telandi, “We would like to conserve our forests so that our income from minor forest produce is secured, but the forest depa rtment officials do not talk about these.”

For the time being, people have their fingers crossed. “We are happy that the forest department has taken us into confidence, but we are not really sure if we will benefit from it,” says Telandi.