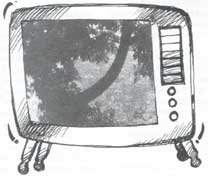 MY INITIAL response is on the tenor of the article, that foresters are responsible for the mismanagement and degradation of forests. I feel that India continues to have forested areas only because of the efforts of foresters, who, during the last 125 years, have striven for conservation of forests. But for their efforts, the reserved forests in India would have gone the way of unreserved forests, which covered 45 per cent of the land area in 1928.

Anil Agarwal's article says that forests with a crown density of 10-40 per cent are considered open forests, which are regarded as relatively degraded. This is not necessarily so as in the low rainfall areas, even undisturbed forests would fall in this category. It would be useful if the SFR can further classify this category into open good forests (which have their own biodiversity) and degraded forests.

Satellite imagery cannot tell us about the biodiversity, species mix, regenerative power and biotic interference of a forest. This requires specific ground studies over identified areas, whose results are site-specific.

Agarwal's article states that forest managers are allowing plantations to come up at the expense of natural forest cover. It is true that in the past, certain categories of natural forests were converted into plantations for meeting certain identified needs, but since the early'80s, plantations have been limited to degraded areas. Besides, plantations are necessary to meet the deficit of firewood, to the order of 200 million cubic metres, and prevent the degradation of forests.

The real reason for the continuing degradation of forests is that between 1970 and 1990, human population in India has increased by 250 million and the cattle population by 125 million, while investment in forestry has remained at less than one per cent of India's budgetary outlay. Also, there is no correlation between the prescriptions of the WPs and the budget made available for the purpose.
Coppice system (referred to as logging in the dry deciduous forest in the article 'Dark truths and lost woods') is a cost effective method for firewood production so long as there is no cattle grazing in the area for three or four years. It is not correct to state that forests of the dry deciduous belt are most affected by deforestation because these were most logged. The prime factor is the population pressure, which is the highest around deciduous forests as they are located in the fertile plains.

In forests other than the conifers, logging implies felling of only three or four trees per acre at intervals of 30-40 years. This allows for the regeneration of the forest. Lapses on the part of foresters may account for absence of regeneration in five per cent of the forest area; in the remaining area it is because of unregulated grazing, inadequate protection against fires and indiscriminate firewood collection by the local people.

A constant refrain in the article is that the reserved forests should first meet the biomass needs of the local people - the very same people who have been responsible for the degradation of forests. It needs to be pointed out here that the right to collect dry firewood and limited grazing was initially granted in only a few reserved forests. In all other cases these activities were to be restricted to forests that did not fall in the reserved category. This was when the population of India was 200 million and there was twice as much forest land available in the non-reserved category. Now the population is 920 million and the forests where community rights existed are gone. There is no government order restricting free removal of dry (and green) wood and regulating grazing. Nor are environmental groups willing to take up these issues, for obvious reasons.


Agarwal's article rightly comments that farm forestry, which has yielded good results, has lost the support of the forest departments, as is apparent from the declining number of seedlings supplied to farmers. Social forestry in most states was funded by international aiding agencies. Its two major components were raising plantations in community areas and supplying seedlings to farmers. During the 1980s, when SF was at its height, the aiding agencies came in for bitter criticism for subsidising industries through farm forestry. It was not appreciated that the need of the hour was production of wood, for use as firewood and timber for meeting the people's needs. Now, there is no aid agency willing to support farm forestry in India.

Farm forestry has tremendous scope and needs support in a country in which unsustainable agricultural practices prevail in more than 50 per cent of the cultivated area. Let us take the case of the paper and pulp industry. India produces 0.8 per cent of the world output, while Sweden, one-seventh the size of India and with one-third the growth in India, produces 15 per cent. And the prosperity of Sweden is based on its forest industries while the tragedy of India are its wastelands. Again, 30-40 per cent of the biomass that cannot be put to industrial use is available as firewood. The environmentalists' faith in regenerating degraded forests through JFM is misplaced. JFM has succeeded in the sal (a fantastic coppicer) forests because it is possible to secure returns from sal trees within one or two years. In other forests, the initial euphoria was because of the four to five times yield of fodder, alongwith the protection offered. The share of timber value, the motivating force, can be derived only after 20 or 30 years. Will the interest survive till then? As to firewood and usufruct now offered to them, it has always been theirs for the taking. The only factor that may help is that now those living in the forest and on its fringes will help keep out the vaster population beyond which also depended on this same resource earlier. Again, what about the requirement of firewood and its present deficit? Unless JFM considers planting fast-growing species, its fate will be no different from social forestry in 10 years.

The contention that forest conservation will work if people are allowed to take care of the resources without interference, was propounded by Madhav Gadgil, professor of ecology at the Indian Institute of Science, Bangalore. He asserted that forests in India were in good condition till the British reserved some of them for commercial interests. Citing a hypothetical case, he said that if a village had a forest covering 200 ha, which sufficed to meet its needs, the forest would be in a good condition. If the reservation took away 180 ha, the balance 20 ha got destroyed because it could not be sustainably worked by the villagers. The 180 ha reserved got destroyed in due course because of unscientific forestry.

But reservation records in Karnataka show that, on an average, more than twice the reserved area was left for local use. Besides, reserved forests exist in almost all countries and in some, as in Germany, they have existed for 150 years before forests were reserved in India, In fact, India was the model for forest reservation in USA. In the late '20s, reserve forests in five districts of the then Madras Province were transferred to the panchayats for management. In about 15 years, these forests were completely destroyed and district collectors moved the government to transfer these areas back to the forest department.

I wish that those clamouring for people's management of forest resources would visit some of the northeastern states where more than 90 per cent of the forests are with the people. These forests are n a deplorable condition.

Forests with a crown density of 10-40 per cent are considered open forests, which are regarded as relatively degraded. However, in low rainfall areas, even undisturbed forests will fall in this category. It would be useful if the SFR could classify open forests as good and degraded forests

Certain categories of natural forests were earlier converted into plantations to meet certain identified needs, but since the early '80s, plantations have been limited to degraded areas

The real reason for the continued forest degradation is the tremendous increase in human and cattle population in India, while investment in forestry has remained at less than one per cent of the budgetary outlay

Lapses on the part of foresters may account for absence of regeneration in five per cent of the forest area; in the remaining area it is because of unregulated grazing, inadequate protection against fires and indiscriminate firewood collection by the people

The environmentalists' faith in regenerating degraded forests through joint forest management (JFM) is misplaced. JFM has succeeded in sal forests because of quick returns from sal trees. In other forests, the share of timber value can be derived only after 20-30 years. Unless JFM considers planting fast growing species, its fate will be no different from social forestry In 10 years
- S SHYAM SUNDER