Human zoos were aids to anthropologists, scientists and racial theorists in 19th century 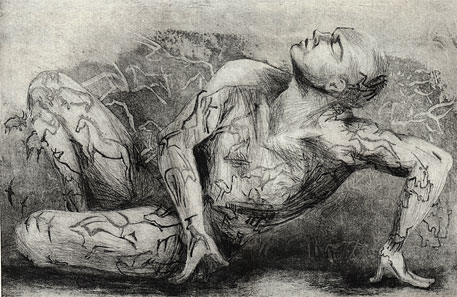 In 1914, Norway celebrated the 100th year of its constitution with a fair in its capital, Oslo. Opened by Norwegian monarch Haakon VII, the fair’s biggest draw was a human zoo. More than 1.5 million people gawked at 80 men, women and children brought from different parts of Africa and then confined to a thatched hut “village”, Congo Village, for five months. Urd, a Norwegian magazine, concluded at the end of the exhibition, “It’s wonderful that we are white”.

Norway is re-staging Congo Village to celebrate its 200th anniversary. The project is the brainchild of artists Mohamed Ali Fadlabi and Lars Cuzner, who say the ignorance around Norway’s racist past inspired them to re-create the human zoo. Quite predictably, the re-enactment has attracted controversy. Rune Berglund Steen of the Norwegian Centre Against Racism initially described the project as “degrading”. Steen later recanted, saying the exhibit could be positive. “But the Congo Village of 2014 won’t stand as resounding answer to 1914, but as a very confusing echo.”

The 1914 exhibition was part of a nearly century-old European tradition. Says historian Pascal Blanchard, “The purpose of creating these human zoos was to create a clear divide between so-called superior and inferior human beings... Scientific claims got married to pop entertainment.”

Venus Hottentot is an apt example. Born around 1790 in South Africa, she was enslaved by Dutch colonists when barely a teenager. Venus’ captors re-named her Sarah Baartman and sold her to a Parisian animal trainer. The animal trainer fascinated by the young woman’s physical features—including enormous hips and elongated labia typical of the Khoi people along the Gamtoos River—decided she was ideal exhibit for a public fascinated by the new “scientific study of race”. Venus was turned over to the Museum of Natural History in London. On her death, she was examined by French anatomist Georges Cuvier, and her brain and sex organs were kept on display at the Parisian Musee de l’Homme until 1974. Following a request by Nelson Mandela that her remains be returned to her homeland in the Gamtoos Valley—and following fierce debate in the French National Assembly—what was left of “Venus Hottentot” was buried in 2002. 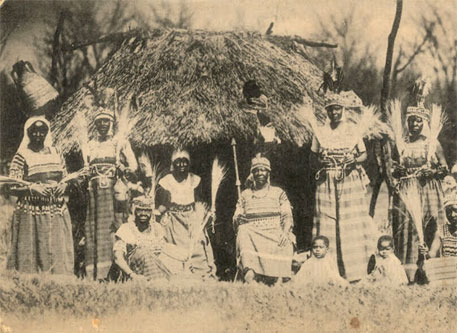 In August 1835, American circus magnate P T Barnum paid one R W Lindsay US $1,000 for the rights to the story of Joice Heth. The story, Lindsay explained to Barnum, was that the elderly African-American woman was a slave owned by Augustine Washington (George Washington’s father) and nursed the young George. With this story, Barnum paraded the blind and nearly paralysed Heth across New England advertising her as a 161-year-old woman who was “the greatest natural and national curiosity in the world”. People thronged to touch the hands that held the baby George Washington. Heath died after seven months on Barnum’s exhibition circuit. A public autopsy was organised to determine Heth’s true age. Fifteen hundred viewers were charged $0.50 each to watch a doctor dissect the old woman. She was found to be 75-80 years old. Barnum admitted he had been bamboozled by Lindsay into believing Heth’s story.

Human zoos, however, came into being in the 1870s when German animal trader Carl Hagenbeck built on the incipient idea of ethnographic exhibits. At Hamburg’s Tierpark Hagenbeck zoo—which Hagenbeck founded and which still carries his name—he exhibited Samoan and Sami people as “purely natural” populations. The Hamburg resident travelled to different parts of the world taking people captive for his zoo. According to Hans Mülchi, maker of documentary film Human Zoo: The Story of Calafate, Hagenbeck often received government support. The Chilean filmmaker says on an expedition to Chile, the German animal trader enlisted human exhibits for his tour, The Savages from Tierra del Fuego, which he took to Leipzig, Berlin, Monaco, Stuttgart, Nuremberg, Zurich and Paris.

In 1876, Hagenbeck sent a collaborator to Egyptian Sudan to bring back some wild beasts and Nubians. The Nubian exhibit toured Paris, London and Berlin. It inspired Parisian naturalist Geoffroy de Saint-Hilaire to organise two “ethnological spectacles” in 1877 that presented Nubians and Inuit. That year, the audience at Jardin Zoologique D’acclimatation—an amusement park in Paris, which de Saint-Hilaire headed—doubled to one million. Between 1877 and 1912, Jardin held about 30 “ethnological exhibitions”.

The “ethnological exhibitions” were progenitors of a series of human zoos in France. According to Blanchard, “Men and women from the colonies were lured into joining paid troupes that toured international exhibitions from Marseille to New York, where they were exploited by agents and colonial administrators.” The Colonial Exhibi-tions in Marseilles (1906 and 1922) and in Paris (1907 and 1931) displayed humans in cages, often nude or semi-nude. Nearly 34 million people attended the six-month-long Colonial Exhibition in 1931. In contrast, a counter-exhibition, The Truth on the Colonies, organised by French Communist Party, attracted few visitors.

Says Blancharad, “For the visitors, going to Colonial Exhibitions was akin to going to circus, with exotic freak shows on offer for a couple of francs.” French art historian Isabelle Levêque says, “Postcards show women gushing over African babies and men ogling bare-breasted African women.” Degraded living conditions, diseases and low temperatures meant that many died on tour. “At Jardin Zoologi-que D’acclimatation, many human exhibits died on show and were buried in the garden,” says Blanchard. The historian writes that scientists and anthropologists grabbed this opportunity to study the families on display and collect data for their work, much of which contributed to the racial theories of the period.

By the 1930s, human zoos were under criticism for their blatant racism and ethnographic displays were on the wane. However, the Brussels World’s Fair held in 1958 kept a Congolese village on display. Even as late as 1994, an Ivory Coast village was kept as part of an African safari in Port-Saint-Père, near Nantes, France. In 2005, London Zoo displayed humans wearing fig leaves, while in 2007 Adelaide Zoo housed people in a former ape enclosure. They were, of course, allowed to return home at night, unlike many of the earlier incarnations of these racist displays.