Saying it with flowers

Flowers may wither, but not their importance in the cultures of most countries

Saying it with flowers 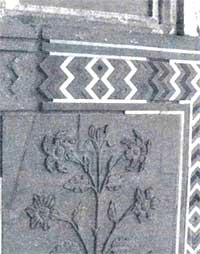 September will see a long pursued dream bear fruit, with President Suharto of Indonesia inaugurating the world's biggest flower park, Taman Bunga Nusantara (tbn). The final touches are being given to the sprawling 30-hectare park in the west Javan town of Cianjur, 80 km southeast of Jakarta.

The park will perhaps give shape, colour and fragrance to the exotic images of Bali that one finds in Indian love poems, especially in those composed by Rabindra Nath Tagore. Visitors to this floral shangrila will revel in the midst of 262 species of native and exotic ornamental plants. Besides, the park will have 12 areas for special species of plants, herb, palm and orchid gardens, and gardens based on Mediterranean, American, French, Japanese and Balinese styles. This will also be Indonesia's 1st botanical garden with a germplasm bank.

The enthusiasm over this park is understandable. Throughout the East, flowers have played a very important cultural role. Why, a large number of names of Indian woman are those of flowers! And that's just one example of the love for and importance of flowers in these cultures.

Sitting pretty on the heavy buns on women's heads may be the best decorative use of flowers, but not the only one. Water or oil added with floral fragrances serve as ingredients in food items or in medicinal treatment. Floral offerings are common to almost all religious celebrations. In polytheistic Hinduism there are even specific flowers for various gods and goddesses: lotus for Lakshmi, red hibiscus for Kali, dhatura for Shiva, etc. Thus, from the earliest days of Eastern civilisations, flowers have held a special position.

In Bali, and in some places in India, flowers meant for offerings are not merely collected from the wild. They are grown around the houses in small plots largely devoted to particular varieties, which include herbs and spices like the vanilla vine, or the tulsi, (the latter, which has major medicinal qualities, is itself worshipped by the Hindus). Frangipani and jasmine are especially in demand for ritual offerings. In Bali's mountains, marigolds are also grown commercially. Every morning they are brought down in truckloads to be sold in the markets, very much like in India.

The West has always been fond of flowers too, and the largest international flower market is in the Netherlands. But are flowers used in some form in all human societies? Anthropologist Jack Goody's fragrant work, The Culture of Flowers, (Cambridge) explores the role of flowers in civilisations across the world. "Almost anywhere, outside Africa, people are too willing to talk about flowers, however great or small their knowledge," Goody says.

According to Goody, there seems to be something in common in humankind's use of flowers and feathers, as well as with its propensity to collect and create coloured objects, though feathers have the advantage of lasting in a way that only artificial flowers do.
In the 19th century, S Blondel, in his study on garlands, associated flowers with femininity. The succeeding generations of cultural anthropologists asserted, "Every people has gained pleasure in weaving flowers into garlands and crowns and in gathering them in bouquets." It would seem safe, therefore, to conclude that the culture of flowers is universal.

However, that is not so. While flowers are very important in Asia and Europe, they seem to be missing from the African cultures. Goody says that in West Africa he had attended many ceremonies and seen food, raw or cooked, being offered at innumerable shrines, but never flowers. Nor are flowers grown around the house, let alone in the fields.

In Africa, flowers are popular in areas of Islamic influence, for Islam does have its culture of flowers, at least in Asia, the Mediterranean and to some extent in East Africa. The Swahili community of Lamu, in coastal East Africa, for instance, grows red roses and jasmine. However, these are areas with large Indian and Indonesian cultural influences too. In the dominantly Islamic area of Reunion and northern Madagascar lies the French-controlled island of Mayotte, where modern cash crops include the ylang-ylang, whose flowers yield an oil used as a stabiliser by the French perfume industry. In Malagasy-speaking villages, cologne (marashi) is an important offering to the spirits. (The Swahili word is translated as "rosewater" or "scent" in general.)v Even some non-Islamic peoples of East Africa may have been affected by this culture of fragrance and colours. Unmarried Lugbara girls wear frangipani in their hair when they go for community dancing. This, however, is a very recent development in their culture: as late as the 1950s, they went about naked, excepting for beads and cicatrisations and loin-coverings of leaves.

Flowers and their varied use have, however, dominated Indian cultures, especially Hinduism. References abound in Hinduism mythological and religious literature. The lotus, especially, has been very important. Brahma, the Lord of Creation, is depicted as lying in perpetual meditation on a sahasradal padma (a lotus of 1000 petals). Some scholars believe that the Aryans, while migrating into India, had realised early the medicinal importance of the region's flora in general, and had sought to preserve and encourage their growth through giving flowers a ceremonial status. The Aryans had laid down the metaphysical foundations of Hinduism, and in the copious medicinal treatise, the Atharvaveda, they had stressed the importance of herbs and flowers.


The earliest Hindu literary and graphic sources, which are largely Hindu, speak of flowers in the secular -- no-religious and non-ritualistic -- lives of men. This is mainly because the foundations of what is now known as the Hindu religion was largely secular philosophy and metaphysics, not ritualism. In the epic, Ramayana, floral adornments were common, as were references to gardens and parks. Picking flowers was one of Sita's favourite pastimes; her fondness for lotuses, which she placed in her hair, gave her the title of Priyapankaya (Lover of lotus). Lord Rama was himself known as Kamalanayana (Lotus-eyed).

Men too wore garlands, especially as their favourite bed-time adornment. Flowers were clearly recognised as an ingredient in developing and strengthening man-woman relationships. (The Western tradition of a red rose signifying love is somewhat in the same vein.) They were also used to decorate chariots, roads, houses, and palaces.

References to flowers abound in the works of the 5th century AD Sanskrit poet Kalidasa, too. The prologue to his classic, Abhigyan Sakuntalam, reads: Sensuous women/ in summer love/ weave flower earrings/ from fragile petals of mimosa/ while wild bees/ kiss them gently.

The religious use of flowers first shows up in Buddhist literature. It is believed that the use of flowers in Hindu architecture and sculpture was greatly influenced by Buddhism and, later, by Islam. In the north-western kingdom of Gandhara, sculpture was strongly influenced by classical European forms coming through Central Asia. These influences included formal vegetative motifs from the Near East.

Buddha had favoured for himself a non-depictive status, as Mohammed had in Islam. However, later-Buddhism used the lotus to depict the Lord Buddha. The sites of origins of the religion, like Bodhgaya in Bihar bear no sculptural features dating back from the days of the Buddha. In the 3rd century BC, rosettes, honey suckle and palmettes appear on the drum of a capital at Ramapurva, the bottom of which takes the form of a lotus bell. A pillar from Vidisha, dated between 120 and 100 BC is another example of a lotus bell capital and is carved with garlands.

The sweep of Buddhism throughout the later part of medieval times in India had generated a resurgence of Hinduism, which then hit back at Buddhism with the new cult of tantra, in which the female force became overwhelmingly dominant...the previous mandarins of the Hindu pantheon, the men-gods, Indra, Varuna and others, were sent packing because they lacked the magnetism which would wean the millions back to Hinduism. In the regime of mother-godesses, naturally, flowers, a compulsory accompaniment of the female form, became a part of religious practice and attained a ritualistic status. The paler lotus, too, gave way to the stronger hues of marigold and red hibiscus, which were now sought to be endowed with magical significance.

Islam has been the other major influence on Indian culture. Formally, it excludes flowers from worship and from iconography, but not so in everyday life. Almost all the major Mughal rulers of India have been depicted with some flower or the other, and they, in turn, encouraged the use of floral motifs in art.

The tradition of flowers continues, both in India and other South East Asian cultures. The original Indian tradition of garlands has been supplemented with the Western concept of presenting bouquets. The flourishing profession of beauty culture has quickly encashed upon the cosmetic and even the psychological value of flowers. And the importance of flowers has even survived the debasement of garlands being used to honor corrupt politicians.