The Centre has set the stage for the largest spectrum auction ever. Let’s look back at the developments leading to government’s decision to auction spectrum and open up more bandwidth for the telecom industry 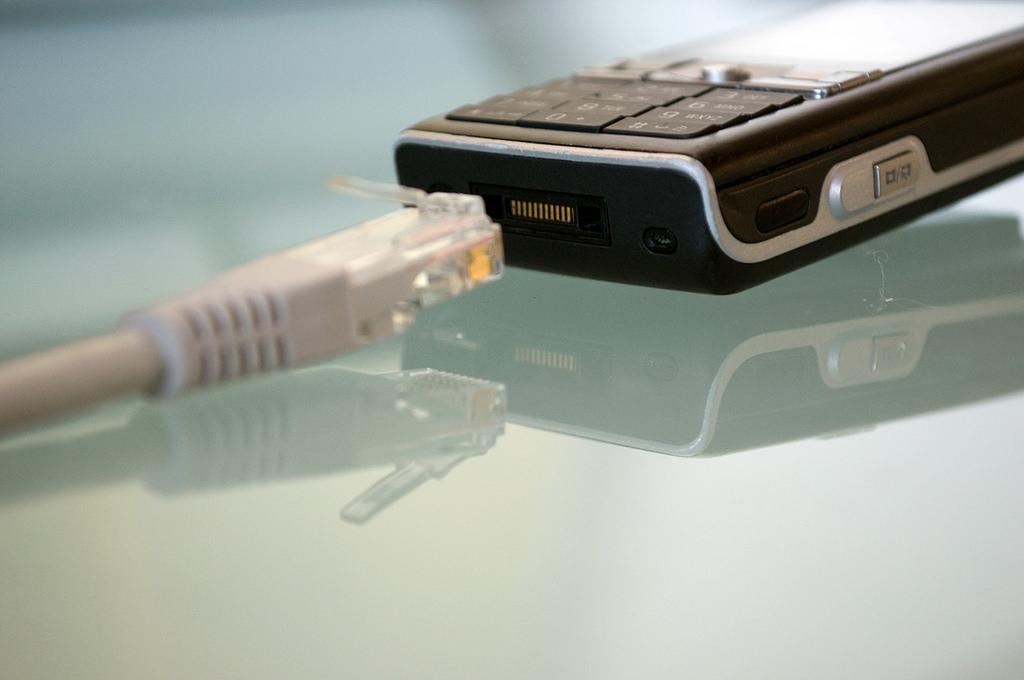 Over the years, governemnt has opened up more bandwidth for the telecom industry Credit: Armando Alves / Flicker 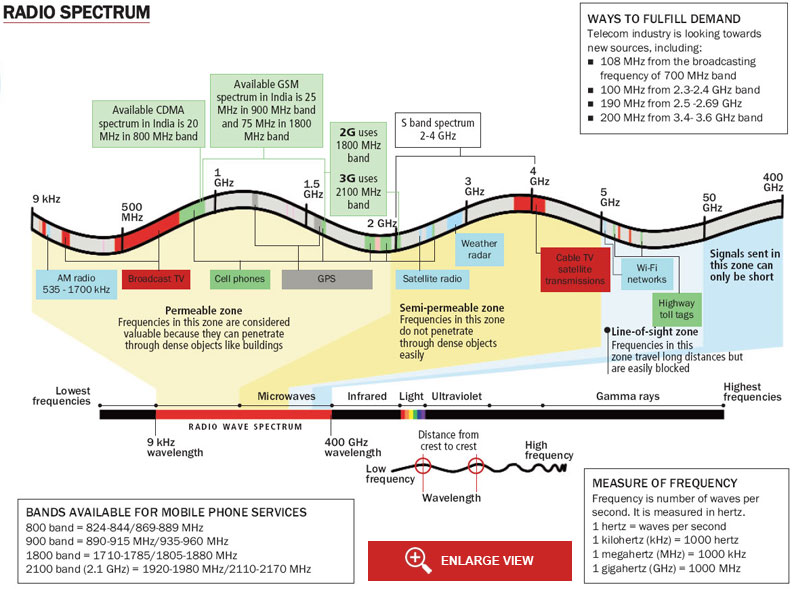 When the mobile phone was first launched about two decades ago, not many envisioned that such a bulky and expensive device would go on to become one of the world’s most indispensable modes of communication.

But despite its omnipresence many people are still ignorant how it functions.

Energy travels in the form of waves known as electromagnetic waves.

These waves differ from each other in terms of frequencies. This whole range of frequencies is called the spectrum. In telecommunication like TV, radio and GPRS, radio waves of different wavelengths are used.

They are divided into bands based on frequencies (see ‘Radio spectrum’).

Most of the radio spectrum is reserved in countries for defence.

The rest is available for public use. But following an increase in the number of phone users and new services, countries started auctioning the frequencies to telecom companies.

This sale has become a major revenue earner for governments around the world.

But in India, the case is different (see ‘How India lost to scams’). It is currently auctioning the spectrum in the range of 1959-1979 MHz. 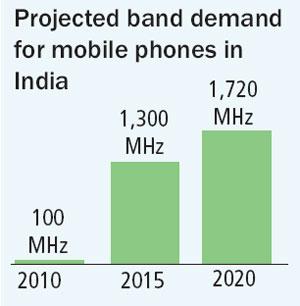 This, however, is not sufficient to meet the growing appetite for mobile phones and its services. 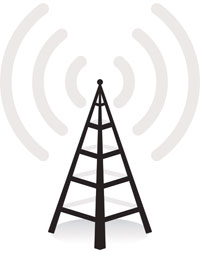 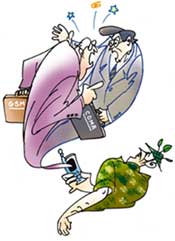 The announcement of the spectrum allocation policy by the department of telecommunications (DoT) has spurred a letter writing campaign. Giant cellular service providers like Tata Indicom and Cellular Operator Association of India (COAI) have shot off angry letters to the prime minister, petulant about the policy favouring their competitors. The ensuing squabble between Code Division Multiple Access (CDMA) and the Global System for Mobile Communication (GSM) operators has brought into focus the importance of limited resource of spectrum—calls and data transmitted over airwaves. And the service providers are ready to fight tooth and nail over the bandwidth being vacated by the defence ministry.

The new DoT policy, which came into effect on March 31, has allocated a maximum of 15 mhz to gsm operators, such as Airtel and Hutch, and 7.5 mhz to CDMA players, such as Reliance Infocomm and Tata Teleservices. Earlier, the maximum limits were 8 mhz for GSM and 5 mhz for CDMA. Official estimates say Delhi will require an additional 28 mhz to sustain current telecom growth. Though the policy recommends a 2:1 ratio allocation to GSM and CDMA operators, it withdrew the existing condition that CDMA operators were to add more users than GSM operators if they wanted extra spectrum. The new policy mandates equal subscriber base for more bandwidth.

Ratan Tata, the chairman of Tata group, in his letter to the prime minister has brought up the issue of 'self-proclaimed subscriber base'. He is opposed to the policy of distributing spectrum on a subscriber-number basis without a proper verification mechanism. At present, Bharti Enterprises leads the GSM group with 18.5 million subscribers and Reliance heads the CDMA group with 14.6 million users.

The policy has angered CDMA operators on other counts as well. DoT has ordered 2:1 ratio spectrum distribution on the premise that CDMA technology is more spectrum-efficient. But the operators claim that they are receiving the short end of the stick because of better technology. According to CDMA lobbyists, this is against fair trade practices and the government's commitment to technology-neutral services.

Each group interprets 'fair play' differently. While the CDMA group wants equitable distribution, the GSM lobby claims a 5:1 ratio would be fairer as the spectral characteristic of CDMA technology affords it five times more capacity. In view of the arguments, CDMA operators' plea of unfairness in allocation is tenuous. Their demand for more bandwidth in spite of owning more efficient technology is contradictory in itself. The availability of spectrum to each operator will decide the company's future growth and ability to hold back competition from other players.

In view of the increasing pressure for more space from the telecom operators, the prime miister constituted a high-powered group of ministers (GoM), headed by defence minister, Pranab Mukherjee, to draft a new policy and vacate spectrum space alloted to the ministry of defence. However, DoT drafted its own policy in the absence of GoM's recommendations.

With the formation of the GoM, both CDMA and GSM groups lobbied fiercely for a bigger chunk of 45 mhz of spectrum being vacated by the ministry of defence. With every move to free more bands for the telecom sector, such battles will become more frequent.

The Indian cellelur telephony sector has recorded a qrowth of 20-25 per cent and 100 million subscribers. With such an enormous growth, the controversy over spectrum allocation needs to be addressed sooner than later as the global telecom industry moves to the next generation of technology—3G—of which, visual wireless telephony comes as a starter.