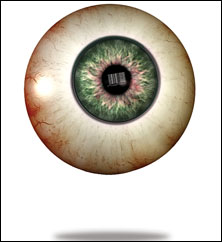 The Spanish explorer Joao de Barros wrote about Chinese merchants stamping children’s palm prints and footprints on paper with ink to distinguish one youngster from another.

William Herschel, a British civil servant in Hooghly district, obtained the palm impression of one Rajyadhar Konai as part of a written contract for the supply of marbles to build a road. The idea, according to the British civil servant, was “merely to frighten (Konai) out of all thought of repudiating his signature.” Konai was suitably impressed. Herschel then made a habit of requiring the prints of the right index and middle fingers on every contract. Many Indians believed personal contact with the document made the contract more binding than if they simply signed it. As his fingerprint collection grew Herschel began to note that the inked impressions could, indeed, prove or disprove identity.

Henry Faulds, a British missionary stationed in Japan, wrote to the Editor of Nature suggesting use of fingerprints to identify murderers or robbers. While working at Tokyo, Faulds had noticed fingerprints on ancient pottery and was impressed by their durability. He offered to set up, at his own expense, a fingerprint bureau at Scotland Yard to test his suggestion, but this was rejected.

Alphonse Bertillon, a clerk in the prefecture of police at Paris, devised a system known as anthropometry using measurements of parts of the body. Bertillon’s system included measurements such as head length, head width, length of the middle finger, length of the left foot; and length of the forearm from the elbow to the tip of the middle finger. Within five years, Bertillon was made the head of France’s Department of Judicial Identity where he used anthropometry as the primary means of identification.

The Scotland Yard adopted Bertillon’s methods rejecting those of Herschel and Faulds. 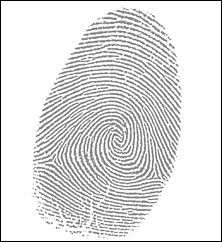 Edward Henry, another member of the Indian Civil Service stationed in Bengal, experimented with the anthropometric system and thumbprints. Assisted by Azizul Haque and Chandra Bose, he set out to record physical data of people in the then Lower Provinces of Bengal.

On a train journey in December 1896, in a flash of inspiration, Henry recognized the superiority of Herschel’s and Faulds’ methods. The British official was travelling without a notepad, so he wrote on his shirt cuff: “other physical features can be identical, but not fingerprints.”

Fingerprinting introduced in all of British India. During 1898, in Bengal alone, 345 criminals were identified by fingerprints. This rose to 569 in 1899. The same year the colonial government passed an Act permitting fingerprint experts to testify in Indian Courts of Law. Experts were defined as those who by study have become proficient in fingerprint decipherment.

Fingerprints of candidates appearing for the New York Civil Service Commission taken. A year later, the New York State Prison began the first systematic use of fingerprints in the US for criminals. Within a decade all US states used the method.

Super Bowl in Tampa, Florida, USA. The facial image of the 100,000 fans passing through the stadium was recorded via video cameras and checked electronically against mug shots from the Tampa police. This led many civil liberties advocates to denounce biometric identifying technologies.

The US passed the Enhanced Border Security and Visa Entry Reform Act. US passports have a chip with biometric identifiers such as fingerprints and retina scans.

The Act states such identifiers be preferred over regular visas in case of visitors from other countries.