The Gujarat earthquake struck at the very foundation of urban India. The disaster highlighted the haphazard manner in which the country's towns and cities are laid out. In its aftermath, hastily framed laws on earthquake-resistant structures and ambiguity over fixing of responsibility have impeded building activity. 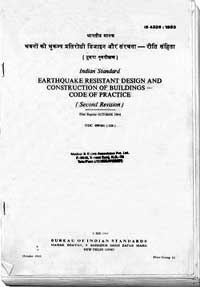 IT IS ironic that earthquakes should extract such a high human cost in India, which pioneered the framing of building codes for seismic areas in 1962. When the Japanese city of Kobe was rocked in 1995, the death toll was 6,400 as compared to about 30,000 lives lost during the Bhuj tragedy. Significantly, Kobe is a more densely populated region than any of the Gujarat towns affected by the earthquake. Only five persons died in California when it was struck by a quake which was as powerful as the one that shook Latur. The most plausible reason for the variance in the casualty figures is the faulty design of building structures in India and the inherent weaknesses in the laws governing them.

After every major earthquake there is talk about making building codes more stringent and mandatory. Both in Maharashtra and Madhya Pradesh, after the Latur and Jabalpur earthquakes, respectively, the use of earthquake-resistant features in buildings was made compulsory. After the Republic Day earthquake, half a dozen states followed suit but these rules have so far remained on paper only. This is the trend across the country, though 57 per cent of its area is seismically sensitive.

Meanwhile, Gujarat is grappling with a twin challenge in a bid to rebuild itself: the government's ignorance of what an earthquake-resistant structure is and the absence of accountability in implementing such regulations. This despite its civic bodies such as the Ahmedabad Municipal Corporation (AMC) already having made the by-laws which required structural designers to prepare building designs in compliance with the National Building Code (NBC) and other relevant Indian standards. Immediately after the Jabalpur earthquake, the state government had made quake-resistant features mandatory for buildings in the susceptible areas of Ahmedabad, Rajkot and Bhuj. The building codes (formulated by the Bureau of Indian Standards or BIS) were last revised in 1984. Though the current codes are in the draft stage, the building regulations passed by state governments have been amended on the basis of the earlier codes.

Such regulations have left projects tied up in bureaucratic red tape, leading to a further delay in clearance being granted at the municipality level. As for the civic bodies, they are too ill-equipped to gauge the credibility of structural designs submitted by engineers. In Ahmedabad, out of 79 buildings that collapsed during the earthquake, 32 have reapplied for construction but only seven have been shown the green light. The situation is worse in Jabalpur. While 2120 project drawings have been submitted to the Jabalpur Municipal Corporation since April 2001, only one has got approval in the past four months.
Even before the AMC has ended its four-month-long discussions with the builder-developer community over the adoption of General Development Control Regulations (GDCR) - the government's instrument on earthquake-resistant buildings - the authorities' resolve appears to be weakening. The state may have framed stringent laws and regulations. But unless they are effectively implemented, the region's future will continue to remain shaky.

The new GDCR is to be implemented in six major cities (Bhuj is a surprise omission) and their surrounding areas under the respective urban authorities. Experts contend that the regulations have brought out the concept of quality construction.

But an anomaly that has surfaced is their failure to fix responsibility. This is construed to be a major lapse since the quake had brought to light an unholy builder-politician nexus. Architect Surya Kakani says, "In a field where several players are simultaneously involved, the buck needs to stop somewhere. Someone just has to shoulder responsibility." With the builders not being held accountable, structural engineers are now wary of signing their own designs.

If this ambivalence is an indicator, the Gujarat government looks all set to adopt populist measures again by giving concessions to certain lobbies. It is felt that the administration may, at the same time, come down heavily on architects and engineers. In effect, the GDCR may, therefore, be a retrogressive law that can herald the boom of faulty construction again.

The state minister for urban development, Parmanand Khattar, has reportedly said that section 29 (2) of the Town Planning Act empowers the authorities to set aside certain clauses of the GDCR in special circumstances. While this may be good news for house owners, it could also give the state government a licence to gratify builders.


"At present the building industry is in a complete mess," says architect Deepak Gahlowt, editor of the Delhi-based Construction Journal of India, expressing anguish at the national scene. Yogesh Vani, a structural engineer from Ahmedabad, reveals: "Earthquake-resistant features for large projects require an extremely complex design, which is beyond the ken of an average structural designer. They also push up costs."

The result is a downslide in quality. Earlier, engineers in urban Gujarat would insist on using about three kilogrammes (kg) of steel per square feet of the building but to cut costs in the face of stiff competition, they have reduced this to one kg. The burgeoning middle-class population of the state is hard-pressed to bear an added expenditure of 10-25 per cent - the amount spent on making the building earthquake-resistant. In fact the cost factor has prevented the base isolator technology that is used in Japan and the US (see box: Standing tall), from becoming popular in India.

Most architects question the competence of authorities who, they contend, have no idea what earthquake-resistant features are. The authorities, architects, builders and engineers alike need to be trained in these techniques, avers R N Iyengar, a professor in the department of civil engineering, Indian Institute of Science, Bangalore, and the former director of Central Building Research Institute, Roorkee.

The local municipalities are the nodal bodies for sanctioning building projects and by-laws are enforced individually by states. So, regulations vary from place to place. However, in some regions the administration appears to have gone overboard. In Uttar Pradesh, for instance, the structural safety certificate needs to be signed by an engineer holding a master's degree. This move has evoked widespread protests from engineers with a bachelor's degree, says Manjit Agnihotri, former professor, School of Planning and Architecture, New Delhi.

The Maharashtra government is ushering in a new set of by-laws in Mumbai wherein all the 50,000 co-operative housing societies will have to compulsorily insure their buildings against fire and earthquakes.

On July 12, 2001, the Delhi government stated that a modern earthquake monitoring system would be installed in the capital to detect even the slightest of tremors preceding a major quake. According to the Department of Science and Technology, buildings without safety measures and poorly built structures in the capital could suffer heavy damage in the event of a major earthquake.

For all these measures, experts are unanimous that the resolve to implement policies is lacking. According to T K Datta, an earthquake specialist in the Indian Institute of Technology, Delhi, 75 per cent of the construction in Delhi is unauthorised. Though the design technology has had to be upgraded ever since earthquake loads (zones) were included in the NBC, yet "the authorities have lacked the will to enforce the by-laws stipulating seismic design", says Vani, and adds: "Where violation of other by-laws was rampant, this irregularity did not attract much attention." The states have merely been asked to incorporate earthquake-resistant features in their by-laws which, Datta feels, is not enough.

Guidelines to make a building earthquake-resistant include (see box: Fortified structures) assessment of the holding capacity of soil, joining steel bars of columns and beams to complete the overlapping length of the welding, the use of steel centering in casting the slab, the construction of a sheer wall and reinforced concrete cement beams for water tank and the use of standardised construction material.
The Union urban development ministry is planning to enact legislation for professional engineers to ensure accountability and proper professional conduct. Under the proposed law, only duly registered and licensed engineers would be able to prepare and submit structural drawings and plans to the competent authorities. The authority to certify safe and proper construction in accordance with the prescribed norms will be vested in them.

Then there is the question of who will check the eligibility of engineers. In the case of architects, there is a council that discharges this duty. But there is ambiguity regarding the qualification of an engineer, and whether it would vary with the complexity of the structure, points out Gahlowt.

The process of putting in place standards is a must for quality construction. But if the government appropriates all the powers to define as well as enforce them, there is a strong likelihood of the nexus between politicians, officials and construction industry emerging again. So where does the solution lie?

Putting in place safeguards such as stringent regulations is just the beginning of a process that would lead to the creation of an earthquake-resistant community. In this regard, Haresh C Shah, chairperson of the board, World Seismic Safety Initiative, says: "An earthquake-resistant community demands a shared responsibility between all the stakeholders - citizens, civic authorities, professionals and builders."