The efficient way of looking at waste disposal

Urban waste will cease to be a problem if it is treated as a resource rather than refuse from consumption, which requires disposal.

The efficient way of looking at waste disposal 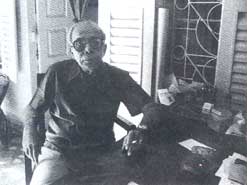 "WASTE is only a resource unused," believes Satyesh Chakravarty, a former professor of resource studies at the Indian Institute of Management in Calcutta. He maintains waste disposal has become a major urban problem simply because urban refuse is treated as waste -- and not as resource.

As a result, says Chakravarty, most people believe that anything left over from consumption is simply waste that needs disposal. The more radical, however, think in terms of recycling waste, though he contends that their recycling is guided by the logic of waste disposal.

Chakravarty says urban waste results from the absence of regulatory mechanisms in the community, which leads individuals not to bother treating and recycling waste where it is best treated: at home. Coupled with inefficient municipal disposal systems, it leads to nightmarish urban garbage heaps that in cities like Calcutta are generally not cleared for weeks.

"Calcutta corporation workers are very aware of their rights and strikes every now and then are common," muses Chakravarty. His disapproval of the manner in which garbage -- or resource, the term he prefers -- is treated is reflected in the way he handles his own garbage. Instead of a garbage can, he has an earthen flower vase in his kitchen, with a layer of garden soil in it. The vase is the receptacle for vegetable peels and other perishable waste. Then, before it begins to decompose, the contents of the vase are left outdoors in the sun and covered with a thick soil layer. Within a fortnight, says Chakravarty, it decomposes to make a rich compost. Meanwhile, another vase is getting ready.

Chakravarty says tobacco ash can be a rich pesticide to protect garden plants. He meticulously collects the ash from ashtrays and sprays the powder on plants, which are then exposed to the sun. After a couple of days, the leaves are washed clean with water.

Chakravarty even has strong views on industrial pollution. "Why," he asks, "do we think of expensive ways of treating a polluted stretch, when it can be treated as a resource?" He contends, for instance, that land degraded by sulphur need not be treated to remove the sulphur. Instead, he says, the land should be used to grow onions because his studies show that onions not only benefit from sulphur, but also absorb it, thereby reducing its presence in the soil. Similarly, he suggests that land that is water-logged should be used to grow crops such as sugarcane that need a lot of water, instead of trying to find ways to drain water from the field.

"These are remedies that are traditionally and instinctively known to farmers, but they are also falling into disuse, because there is little effort from within the scientific community to draw upon them," says Chakravarty. It is only when an integrated effort is made to utilise such knowledge that waste can be effectively transformed into resource, he adds.

Chakravarty readily concedes that his suggestions are minor, but he insists that though small, they can solve the big urban problems of today.

Says Chakravarty, "Unless an attitudinal change comes about, nothing much can be expected to change. "I do whatever I can and I don't see why others cannot come up with equally workable ideas."