Is India ready to protect itself from the onslaught of food and nutrition industry? 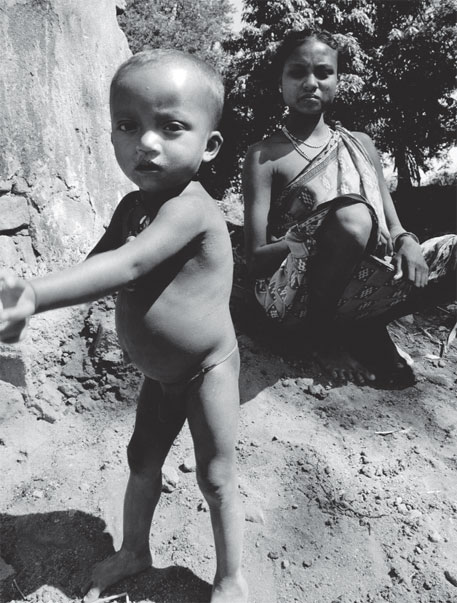 India is shouldering a huge burden of malnutrition—in the absence of government figures, a dipstick survey by non-profit HUNGaMA in 2012 suggests that 59 per cent of the country’s children could have stunted growth and 42 per cent could be underweight. While the government is still struggling to tackle the problem, the food and nutrition industry sees it as a burgeoning market and is rushing to tap it, by hook or by crook. One such attempt became evident on June 28 when British medical journal Lancet launched a compilation of its articles on maternal and child nutrition in Delhi. The series had angered health activists ever since the articles were published online on June 6.

Several nutrition experts and members of the Indian Academy of Paediatrics had warned the government even before the Lancet series was launched in India, that it “should not be allowed to become an opportunity for commercial exploitation of malnutrition”.

The articles outline 10 key interventions and claim these can help reduce global prevalence of stunted growth and acute malnutrition by 20 per cent and 60 per cent. But majority of the interventions include supplementation with micronutrients or ready-to-use therapeutic food (see ‘Therapeutic food, a myth’). The articles also call for engaging with private players to achieve the goals.

Some of the authors have links with big food multinationals and the micronutrient industry.

Nestle is the largest food company in terms of revenue and has been in controversy in several countries for promoting its baby food products by undermining breastfeeding. In India, a court in Delhi has charged it for violating the Infant Milk Substitutes, Feeding Bottles and Infant Foods Act, 1992.

Even some of the articles Lancet used as reference are equally bogus. An article by Veena Rao, published in British Medical Journal in 2012, claimed that India’s national policy does not allow private players to produce cheap fortified complimentary food for children. Later, it came to light that Rao was associated with Britannia Nutrition Foundation of Britannia Industries Ltd.

The conflicts of interest in such publications need to be considered particularly because these have the potential to influence policy making. India does not have a mechanism to check this.

In February, Arun Gupta, regional coordinator of Breastfeeding Promotion Network of India, filed RTI queries to departments under the Union Ministry of Health and Family Welfare and the Union Ministry of Women and Child Development, asking whether guidelines exist to check the conflict of interest of people engaged in policy making or its implementation. The departments’ response was in negative.

On May 3, responding to a letter by Gupta, the child health division of the health ministry stated: “Six sub-committees were constituted in order to facilitate discussion and engage with various stakeholders who could potentially bring their skills, experience and resources to support the cause of child survival and development in the country.

These stakeholders include the private sector, NGOs, CSOs and professional bodies…” It further notes that the efforts to engage constructively with the stakeholders should not be construed as the government’s intent to absolve itself from its roles and responsibilities.

Gupta says it would be difficult to check motives of people engaged from private sector without any mechanism to check conflict of interest. It is a general perception that private players do not have concerns about the problem, rather they take it as their market. It gets problematic when their profit grows instead of eradication of the problem.

India is not the only one facing the problem. Industry lobbies are also pressuring topmost policy making organisations in the world. Recently, director general of WHO, Margaret Chan, indicated the harsh reality. Speaking at the 8th Global Conference on Health Promotion in Helsinki, Finland, she said, “Efforts to prevent non-communicable diseases go against the business interests of powerful economic operators… (So,) Public health must also contend with Big Food, Big Soda, and Big Alcohol.

All of these industries fear regulation, and protect themselves by using tactics. Research has documented these tactics well. These include front groups, lobbies, promises of self-regulation, lawsuits, and industry-funded research that confuse the evidence and keeps the public in doubt. ...the formulation of health policies must be protected from distortion by commercial or vested interests.”

Says Vandana Prasad of the National Council for Protection of Child Rights: “We have fought for long to keep private players far from any advisory groups.” Its impact was visible recently. On June 26, while reconstituting National Technical Advisory Group on Immunisation, the Union health ministry said all members should be free from “conflict of interest”.

This was a major victory, Prasad adds. But there’s a long way to go. To meet the Millennium Development Goals by 2015 and 12th Plan targets by 2017, child health division plans to rope in private players.