The world of french fries and potato salad

The potato, native to South America, invaded England in 1588, the year Elizabeth I's devil-may-care sea-dogs vanquished the Spanish Armada. It has since spread throughout the world, leaving its most edible mark on various cuisines.

The world of french fries and potato salad 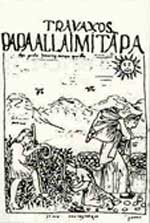 ANY DAY NOW, we'll have the perfect potato -- not too waxy or floury, not mottled with bluish grey stains or with a scaly skin. When it does make its debut, it will be thanks to a little genetic engineering. Assures botanist Michael Wilkinson of the Scottish Crop Research Institute, designer potatoes that won't sprout when stored, or turn an unpalatable brown when fried, or require a truck-load of pesticides, are just round the corner.

The 12-year-old institute in eastern Scotland has a gene bank of more than 1,600 varieties of 71 potato species and is one of four major potato research centres in the world. The others are in USA, Germany and, most appropriately, Peru, because it is where the potato originated.

With about 260 million tonnes produced annually, the potato is the world's fourth most important food crop, besides wheat, maize and rice. It's grown throughout Europe, Asia, Australasia and the Americas, covering 18 million ha worldwide. Production is most in the US, former Soviet Union, China, Poland and India.

According to French historian Fernand Braudel, potatoes have been growing in the Andes in South America at least since 2000 BC, at altitudes where maize, the staple crop of the Incas, could not thrive. As a life-saving standby, the potato is known to have been dried and preserved 40 centuries ago.

The potato's Old World debut was perhaps slower than maize, nor was it as far-reaching. The potato did not reach China, Japan, India and the Islamic countries until the 18th century.

As a New World crop colonising Europe, potatoes revolutionised eating habits and economist Wilhelm Roscher (1817-94) even maintained the potato was the cause of the population boom of the 18th and 19th centuries. The potato's better nutritional qualities must have been a major factor in raising the population.

The potato's spread through the world was slow. The Spanish discovered it in Peru in 1539 and are known to have provided dried potatoes as a food to Indian miners producing metallic wealth for them in Potosi. The plant was taken to Spain and seems to have spread through the Iberian peninsula uneventfully. In Italy, it quickly aroused interest, was given the first of its dozens of European names -- tartuffoli -- and grown experimentally. The potato was also known as turmaf de tierra, papa and patata in Spain; batata and batateira in Portugal; patata, tartuffo and tartuffola in Italy; cartoufle, truffe, patate and pomme de terre in France; kartoffel in Germany, and erdtapfel in Austria. It was also referred to as American potato in England and as Irish potato in the US.

Braudel notes that in 1600, Olivier de Serres described the potato and gave detailed instructions on how to grow it. The first botanical description of the plant was given the following year by Carolus Clusius, who also mentioned that it was already being grown in English gardens.

Sir Walter Raleigh is supposed to have introduced the potato to England as early as 1588, the year of the Spanish Armada. In retrospect, it is the potato, rather than the clash of the two fleets in the English Channel, that seems to have had more far-reaching consequences in the long run.

The potato made progress in England, but for a long while it was grown for export rather than for domestic consumption. In 1776, economist Adam Smith deplored in The Wealth of Nations the English disdain for a crop that had already proved its value as a food in Ireland.

The potato did not take hold in Europe as a whole until the 18th or even the 19th century, though the French, after initially disregarding it, had made it by 1787 "the principal healthy nourishment" of rural folk.

Potatoes were more successful in Switzerland, Sweden and Germany, though they initially repelled many. In the Elbe region in 1781, for instance, in 1781, valets and servants were known to prefer to change masters rather than eat potatoes as a substitute for bread. Some insisted potatoes transmit leprosy and others were sure it caused flatulence. The Encyclopedie in 1765 conceded as much when it commented: "But what is a little wind to the vigorous organs of the peasants and the workers!"

In Ireland, where the potato had reached in the first half of the 17th century and had become, by the 18th century, the main food along with a little milk and cheese of the peasantry. But disaster struck about a century later for the late blight turned the potato crop to brown rot and caused the infamous Irish famine.

The Irish blight, as we know now, was caused by the fungus Phytopthora infestans, which continues to be the bane of potato growers, who fight back with fungicides and resistant plant strains. Variants of the fungus found last year in New York and Washington states are resistant, according to Cornell University plant pathologist William Fry, to metalaxyl, the fungicide most commonly used to combat the blight. Researchers in South America, Europe and the Middle East report encountering a new variant of the fungus, which can reproduce with the common fungus.

It is not surprising that the potato spread rapidly and widely in some countries because of peculiarly dramatic circumstances. In Ireland, for instance, a piece of land that could grow enough wheat to feed one person, could grow enough potatoes to feed two. In other instances, it was the threat of war because an army could easily destroy a wheat field by tramping through it, but it could camp all summer on a potato field without destroying the autumn crop.

By the end of the 18th century, potatoes had replaced cereal consumption, by as much as 40 per cent in Flanders, for example, by 1791. But the potato revolution that blanketed Europe mainly during the 19th century, drove a great variety of vegetables and pulses from kitchen gardens to fields. Smith wrote in The Wealth of Nations, "Potatoes, turnips, carrots and cabbages -- things which were formerly never raised but by the spade, but which are now commonly raised by the plough. All sorts of garden stuff, too, has become cheaper." Some 30 years later, a Frenchman in London noted the abundance of home-grown vegetables, "which are served in the unadorned simplicity of their natural state, like hay to horses."

---Based on The Structures of Everyday Life by Fernand Braudel, translated by Sian Reynolds and published by William Collins Sons & Co Ltd.