The mafia's control of garbage business 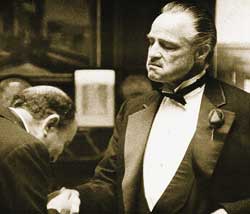 There is substantial evidence that organized crime controls much of the solid waste disposal business in New York and elsewhere in the us." T his is an extract from the opening passages of a 1986 us Congress report, Organized Crime's Involvement in the Waste Hauling Industry. The report collated congressional and state investigations on the garbage industry and drew on information gained during hearings held by New York assemblyman Maurice Hinchey in 1984. Asked by state lawmakers to dig up the dirt on trash crime, Hinchey had noted, "By bribing public officials and intimidating competitors, the syndicate has achieved a virtual and lucrative monopoly in waste disposal. The racketeers charged steep fees to dispose of toxic and hazardous waste, then mix them with regular garbage and dump them into landfills."

How did organised crime come to exercise sway over garbage hauling business?

Let's go back to the end of the 19th century. New York then had a waste management programme that included recycling and composting. The state's streets cleaning commissioner George Waring had, in 1894, prohibited dumping garbage in the Atlantic Ocean. But the recycling programme was scrapped at the beginning of the 20th century. As the city's population and waste stream grew in coming decades, the city supplemented ocean dumping with landfills and incinerators. A successful federal lawsuit brought by a coalition of New Jersey coastal cities forced the city to end ocean dumping in 1935. But ambitious plans for new incinerators had to be scaled down during the Great Depression and World War ii.

The rubbish heap mounted. In an effort to stem the rising tide, in 1957 the city's municipal authorities stopped collecting commercial waste, instead requiring businesses to hire private companies to take their garbage away. This strategy succeeded in diverting some of the waste stream to incinerators and landfills outside the city. But, according to historian John McCrory, "This shift created a business that soon became a mafia cartel that inflated the cost of private garbage collection by up to ten times the reasonable market price." La Cosa Nostra -- a cartel of five Italian families -- was to dominate the garbage industry of New York till very recently.


"With the unions behind us, we could make or break the construction industry, the garbage business, to name a few," mobster Vincent "Fish" Cafaro testified before prosecutors in 1988. La Cosa Nostra's control of labour unions, which gave it power over New York's economic life, went back to the 1920s, when unions, their members (mostly Irish and Italian immigrants), turned to street gangs to provide muscle against strikebreakers and rival workers' groups. The control was to prove decisive in their near monopoly of the garbage business. In the late 1950s and 1960s, for example, mobster Carlo Gambino -- and his family -- used his control of the truckers unions to take over the trucking companies that serviced the garbage business.

The basic feature of the mafia's involvement in the waste business was the property rights system: a hauler bought his right to pick up garbage from a particular "stop" -- a customer in mafia lingo. The price of a stop was around 30 months' income from that customer. But a low-technology business such as garbage hauling was naturally prone to competition: it was after all the world of tough streetwise men. And some of them often followed in the exhaust of a competitor's truck and stole their stops by offering customers a new, lower price.

This was till the La Cosa Nostra stepped in. It controlled the "trade waste unions", comprising waste haulers working in an area through the usual strong-arm tactics: economic reprisal, intimidation, violence and, if necessary, murder. The trade waste union dictated the price that waste haulers received for their services and also prevented customers from switching to another hauler to get better terms. In addition to bid rigging and price fixing, the mafia also got its way by buying the allegiance of officials it needed to control.

For La Cosa Nostra, garbage was a legitimate enterprise where dirty money derived from gambling, loansharking and other mob activities could easily be laundered. Garbage hauling contracts with various local governments and mob-controlled businesses could be "padded" at higher rates to mask the transfer of ill-gotten gains. It also offered a means of legitimate employment for organised crime associates to work on the trucks, in route sales to garner more trash stops, or even in executive positions and still carry out illicit activities in furtherance of the criminal enterprise. This hasn't been lost on pop culture. For example, in the very first episode of the hit hbo television series, The Sopranos, mob boss Tony Soprano utters a seemingly programmed response, "waste management consultant" to his therapist's inquiry: "What line of work are you in?"


The tactics developed by the mafia were also used successfully by "legitimate" enterprises in the waste hauling industry. Hinchey's report cites use of dubious tactics by the waste management major B rowning Ferris Industry (bfi). It bribed a state senator in Texas, fixed prices in six counties in New Jersey, paid off health officials in Pennsylvania, and charged competitors exorbitant prices for allowing them to dump in a bfi landfill in Colorado. "These are the tactics of organised crime," notes Hinchey.

Another us government report notes that, Modern Transport, a big player in the garbage business in New Jersey, collaborated with the mafia. The same report notes of another garbage enterprise: "Duane Marine was so enmeshed in organised crime networks and activities that its former employee, Harold Kauffman, became, in fact, the federal informant in criminal activities."

Mafia control over the us garbage industry declined in the 1990s, following a clampdown on La Cosa Nostra. According to journalist Heather Rogers, author of the critically acclaimed Hidden Life of Garbage, what followed was the corporatisation of the garbage industry. "Companies such as Waste Management and bfi used predatory pricing system to drive out smaller players. They had the capital to build mega waste disposal facilities. They supported stricter environmental control because it created barriers to entry for smaller businesses and for municipalities, and it allowed the corporations to come in and absorb up all landfills that municipalities couldn't afford to upgrade." But this hasn't meant better monitoring systems. "Once the big companies came in, prices went down, but then as soon as the corporations got control of the market, the prices went up to where they were when the mafia was in charge. I wish we have more choices than Don Corleone and Waste Management," she adds.


In Italy, the influence of organised crime in waste disposal and other environmentally damaging activities is so widespread that the Italians even have a word for it: "eco-mafia. According to Legambiente, Italy's environmental watchdog, 13.1 million tonnes of toxic waste "disappeared" into the hands of the southern Italian mafia in 2003. In the last decade, Italy's ecoMafia has made us $159 billion. Not surprisingly, "Me, I can turn waste into gold," one mafioso, nicknamed King Midas, told his police interrogators.

The mafia has created a clever circle of illegal business, watchdogs in Italy say. First it digs illegally for sand, leaving gaping pits around the countryside. Next, it dumps toxic waste in those holes. Then it uses the sand dug earlier to build illegal constructions over the toxic waste, or wins government contracts to clean up contaminated areas.

Elsewhere in Guatemala, a "garbage mafia" operates at the Guatemala City dump. A series of bosses hold "concessions" for various materials at the dump from the main organised crime groups. Only individuals authorised by a boss may sort trash, and the recyclables they find must be sold to the boss.

But here the mafia kingpins have competition. From a recycling operation: Ecoplast. The company has grown from a single, jury-rigged machine at the back of the packaging company to a 24-hour-a-day, 7-days-a-week operation using imported Italian machinery capable of handling more than 400 kg/hour of plastics, with more than 35 full-time employees and as many as 20 temporary workers at busy times.

Ecoplast has had a running battle with the mafia. It posted a sign at Guatemala city dump seeking direct sales of recyclables. The mafia quickly retaliated, cutting off sales to Ecoplast and physically threatening the facility and the company's owners. The battle goes on.