Ugly is the new beautiful

Ugly is the new beautiful 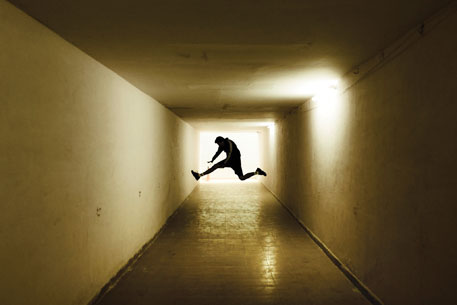 Prime Minister Narendra Modi recently launched the Swachh Bharat Abhiyan scheme for a cleaner India with much fanfare. But long before Modi’s announcement, a group of Bengaluru citizens were anonymously doing their bit.

Calling itself The Ugly Indian, the self-effacing motley group has been cleaning the city streets since 2010. It strictly prohibits members from speaking to the media, and even if they do, they do not disclose their identity. “The names of individuals are not important. What matters are results,” claims www.theuglyindian.com. Their motto is simple: kaamchalu, moohbandh (start working, stop talking). They believe the problem lies with the people and not the system.

Not all Indians are ugly With help from volunteers and local civic authorities, the group is striving to not only keep its city clean, but also bring about a change in the “ugly” attitude of Indians.

They identify “ugly spots” in the city and “fix” them— what the group calls spot fixing. A spot fix could be anything from removing garbage to covering open drains, removing paan (betel nut leaf) stains from walls to restoring public places used as urinals.

On the scheduled day, members reach the spot equipped with face masks, hand gloves, brooms, mops, spades, buckets and dustbins. “We are expected not to socialise and waste time. We spend every single minute doing our work,” one of the group members told Down To Earth in an email interview. Within hours, they restore an ugly spot to a clean and green public space.

There are no criteria for people to join the campaign. Those who want to contribute can write to theuglyindian@gmail.com or sign up on the group’s Facebook page, www.facebook.com/theugl.yindian. 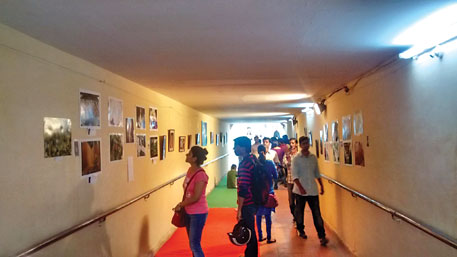 “It is open to all. Most new members these days are IT professionals and students. Many multinational companies in Bengaluru are also supporting The Ugly Indian by either encouraging employees to join our spot fixes or form groups to clean up the area around their organisation,” adds the member.

He claims that the group raises its funds from members and “does not entertain external sponsors for spot fixes”.

The impact of their work is visible from the change that has come about. Take the Wind Tunnel Road in Vinayak Nagar. A few months ago, the pavement on one side of the road was a dumping ground for garbage. The Ugly Indian went about cleaning this spot. The result: a clean and colourful footpath with benches for people to rest.

The Koramangala Club area saw a similar transformation. This is an affluent neighbourhood in the heart of Koramangala, which houses many tech parks. But in the absence of civic amenities such as dustbins, residents dumped garbage on the road. Once the The Ugly Indian started their spot fixing, Koramangala Club looked as good as new.

The Ugly Indian’s sincere efforts have also led to a magical transformation of the six subways in Bengaluru’s K R Circle. The group started its cleaning spree on August 1 this year. Two spot fixes over two weekends later, the group changed the dark, urine-filled subways to underground running and walking trails, complete with lights, graffiti and paintings.

These are just three of the numerous spot fixes undertaken by the group. Most have been taken up in Bengaluru’s central business district, including M G Road, Brigade Road and Church Street. A few others have been carried out outside the passport office in Koramangala, Memorial Church in Whitefield and NMKRV College in Jayanagar.

Teaming up for better results

The group is helped by the Bruhat Bengaluru Mahanagara Palike (BBMP), or Greater Bengaluru Municipal Corporation. The two entered into an agreement on July 19 this year with the signing of a memorandum of understanding.

In an email interview, B S Sathyana- rayana, BBMP mayor, says that the civic body and The Ugly Indian have together undertaken 10 spot fixes in a single day in the BTM layout, a popular residential and commercial area in the city. He says the group has helped BBMP clean seven subways and two public toilets.

“Cleaning subways was challenging. I myself took part in one of the spot fixes,” Sathyanarayana says. The success of the campaign can be gauged from the response of the public, in terms of encouragement, participation and commitment to maintain cleanliness. The group has more than 200,000 followers on Facebook. The members regularly update the page on the latest spot fixes and post photos of their work, which gives better accountability to an otherwise anonymous group.

“You are a big inspiration to a lot of us. Every day you drive sense into so many,” writes Varsha Narayanan, one of the followers. “I hope the governments integrate The Ugly Indian’s initiative with the PM’s vision of a clean India,” writes Monal Aggarwal, another follower.

Some are appreciative and sceptical at the same time. Neelam Kashyap, a resident of Koramangala, says, “The Ugly Indians have taken up an amazing initiative. I have seen transformations around my home and office. The only concern is that after a few weeks, people tend to litter again. I think this can be prevented if more people get involved.”

The group members say they try to ensure that people do not go back to throwing garbage. After a spot fix, the group keeps a close watch on the area in what they call the 15-day test. If a spot remains clean for this period, they deem their effort successful. Most of the spots fixed by the group have remained clean beyond 15 days.

Inspiring Indians to do their bit

The cleanliness drive by The Ugly Indian has encouraged people in other cities to start similar initiatives, such as Mumbai Rising, Gurgaon Rising, Kolhapur Rising and Meerut Rising. In Jaipur, the group is called Shut Up and Do It. These groups get together in their cities and beautify public places such as community centres, parks and markets.

Aman Jassal, one of the members of Gurgaon Rising, says the main problem is with the attitude. “We need to do our bit first. Only then can we hold the government accountable and force it to take action,” he says, adding that cleaning a spot is not enough. “It is important to beautify it too, say with graffiti. Only then will people find the place attractive and feel the need to maintain cleanliness,” he explains.

The citizens who are part of the camp-aign believe their initiative is a small start. But a journey of a thousand miles begins with a single step. For this country, this step has been taken by the “ugly Indian”.