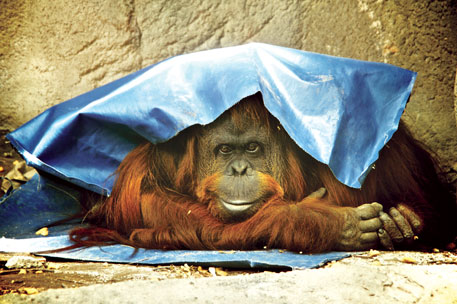 ON APRIL 21, when Manhattan Supreme Court judge Barbara Jaffe allowed Hercules and Leo to defend their rights against unlawful imprisonment, it created history. The two chimpanzees have been detained at Stony Brook University in Long Island, New York, and were used for medical experiments. Soon after the judge accepted the plea, their attorneys, who were part of American animal rights group Nonhuman Rights Project (NhRP), stated that under the New York law, the writ of habeas corpus can be filed only on behalf of a “legal person” . By accepting the plea, the court has thus implicitly determined that Hercules and Leo are “persons”, NhRP stated. The very next day, the judge struck off the words “writ of habeas corpus” from the order to clarify that she had not meant to imply the chimpanzees have legal “personhood” status.

This is not the only instance where animal rights activists have lobbied to obtain “personhood” status for non-human animals, such as the Great Apes, elephants and cetaceans, who exhibit genetic closeness to humans and high intelligence. In December last year, Sandra made headlines after the Association of Professional Lawyers for Animal Rights (AFADA) filed a writ of habeas corpus with the Argentina appellate court, arguing that the 29-year-old orangutan has been unlawfully detained at Buenos Aires Zoo, and demanded that she be set free. Sandra immediately became the toast of journalists who gave substantial coverage to her case. Some newspapers even published speculative stories that Sandra would be termed a “non-human person” and sent to a wildlife sanctuary to live out her last days. But in its judgement on December 18, the court rejected Sandra’s writ of habeas corpus and refused to grant her personhood for any purpose. The court, however, termed Sandra a “non-human subject”.

Reacting to the judgement, Shawn Thompson, Canadian writer who assisted AFADA in the case, blogged that the status of the orangutan as a “non-human subject” is uncertain and needs to be clarified by the court. “In most legal jurisdictions in the world, an animal is considered an object without rights, or property capable of being owned, bought and sold, not a subject with rights. AFADA interprets the term ‘non-human subject’ to mean ‘non-human person’, under Articles 30, 31, 32, 51, 52, 56 and 57 of the Argentina Civil Code,” wrote Thompson, the author of The Intimate Ape: Orangutans and the Secret Life of a Vanishing Species.

While the above mentioned cases are yet to be decided—the case of Hercules and Leo is scheduled for hearing on May 27, and the amparo application filed on behalf of Sandra to protect her rights constitutionally is pending—animal rights activists worldwide are happy about the attention the cases received. They say the cases will help shape the international debate about granting “personhood” to non-human animals.

Raj Panjwani, among the foremost animal law experts of India, explains: “A person under the Indian Constitution means only a human being, none else. Even if a human being is yet to be born or is not in a proper state of mind, he has rights under the Constitution. That is personhood.” Animal welfare and personhood to animals are separate concepts under the Constitution. At times, they are overlapping, he says, citing the landmark Jallikattu case. Judgement on the case, which was delivered on May 7, 2014, tries to blur the lines between the rights of an animal and that of a human, by concluding that the right of an animal is as important as the right of a person and the courts must protect it, Panjwani adds (see ‘Granting personhood...’). 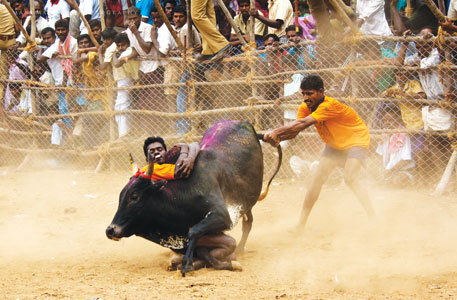 Other activists say genetics or intelligence should not be the only criterion for granting personhood to animals. Richard D Ryder, British writer, psychologist and animal rights activist, says there is physiological, biochemical and behavioural evidence that many animal species suffer the way humans do. So they deserve similar rights. Yet humans continue to be prejudiced against other species. “Such ‘speciesism’ is as irrational and stupid as racism or sexism. Any individual who can suffer, whether a monkey, a human or dog is, by definition, a person. Personhood derives from having the capacity to suffer, not from intelligence or having a similar appearance to humans,” says Ryder, who has coined the term speciesism.

So, is the world ready to grant personhood to animals? The answer varies. “Yes, the world is more than ready to redefine personhood. If we were rational, we would have done this 150 years ago when Charles Darwin revealed the scientific truth about evolution. By all means let us start with the other Primates or with the other Great Apes,” says Ryder. Thompson, however, gives a more balanced reply. “You are really asking whether the world is ready to change. The world is always ready to change and always ready to resist change,” he says.