What rural facilities are prevalent in your state?

DTE’s analysis of data from the Union rural development ministry produces an interesting map of the Indian villages; follow the colours

Uttar Pradesh, India’s most populous state, had the most number of rural facilities in three of four categories, according to the Union Ministry of Rural Development.

The other categories represented in the ministry’s data were educational institutions, health infrastructure and those for transport and administration (bus stands, fuel pumps, Gram Panchayat offices, etc). The four together accounted for close to 0.8 million units. 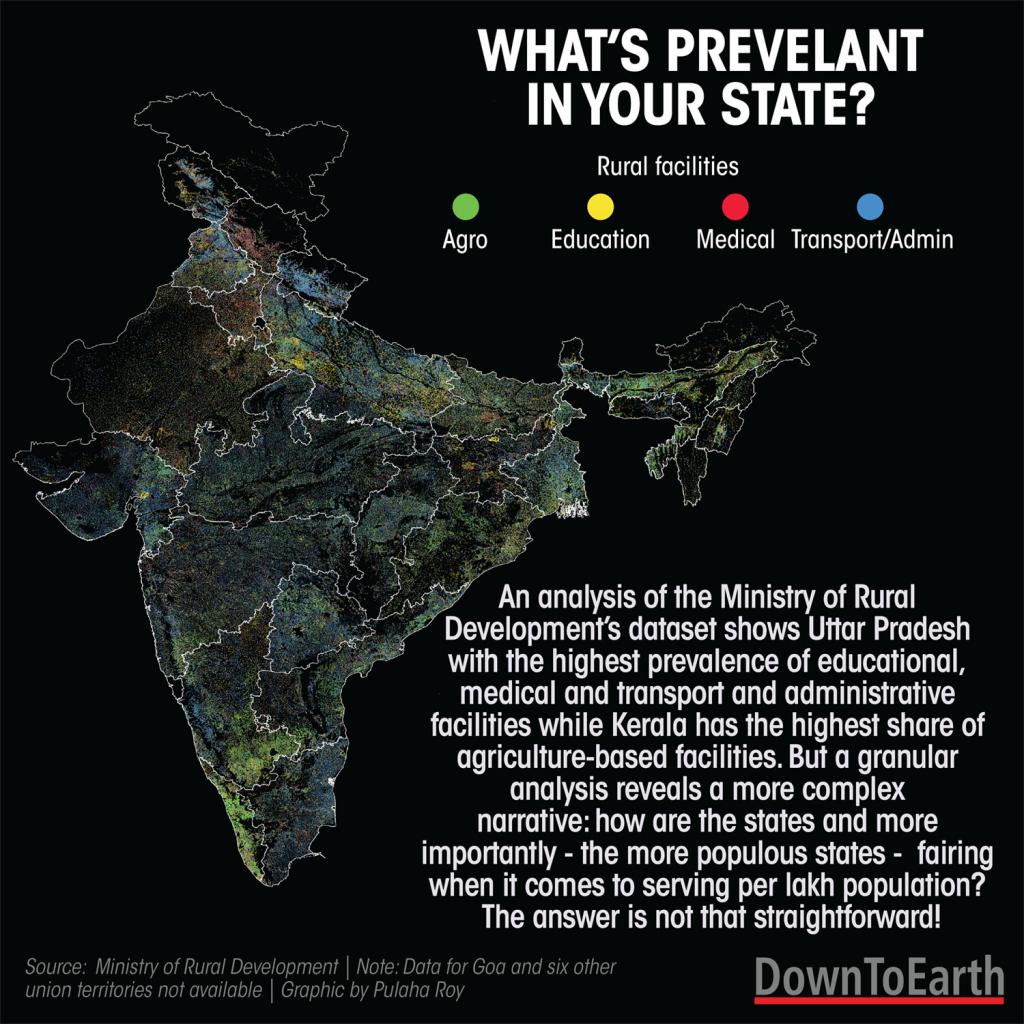 Uttar Pradesh had nearly 28,000 educational facilities in rural areas. Ladakh had the most access again with 122 units for every 0.1 million. Bihar had only three. Karnataka fared better among the more populous states with 33 units per 0.1 million — a little over 12,000 in absolute numbers.

Punjab had the highest prevalence of rural medical facilities at 25 per 0.1 million people, totalling to over 5,000. UP had the most number with 27,000 units. West Bengal reported the worst prevalence, with only three units per 0.1 million.

UP, with over 47,000 centres, topped in terms of transport and administrative facilities' but again Ladakh scored the best rate — 338 units per 0.1 million people. Among the most populous states, Punjab fared the best with 79 units. Bigar was the worst again with only 14 units.