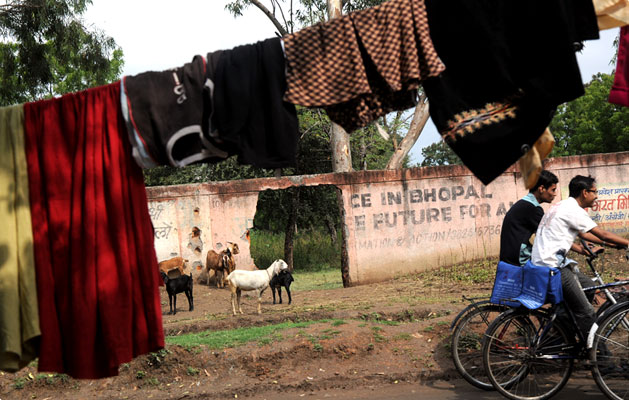 350 tonnes of toxic waste is still lying inside the factory. The broken roof of the shed allows rain to wash away the chemicals that seep underground. Since 2005, the Madhya Pradesh High Court has issued various directions for the removal of the waste. It had asked for the incinerable waste to be sent to a private facility in Gujarat. The facility refused the waste following the furore raised by activists. Groundwater continues to test positive for pesticides in and around the factoryPhotographs by: Sayantan Bera 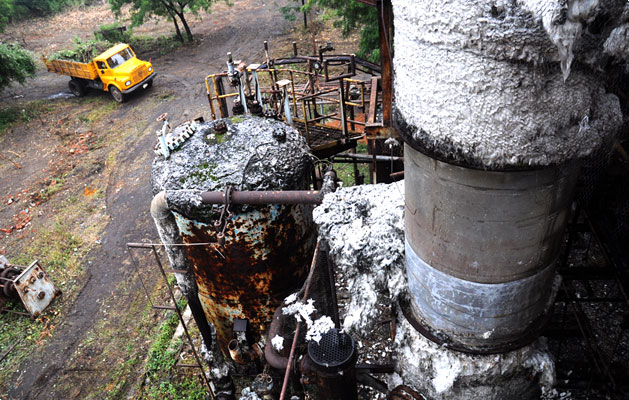 The solar evaporation pond behind the UCIL plant was used to dump the factory’s chemical waste. Its plastic lining is torn and the waste is piled on the sides. In 2007, the state government studied the health of 24-year-olds near the pond. It found high morbidity among them compared to those living elsewhere in Bhopal. The study attributed the high incidence to poor water quality and socio-economic standardsPhotographs by: Sayantan Be 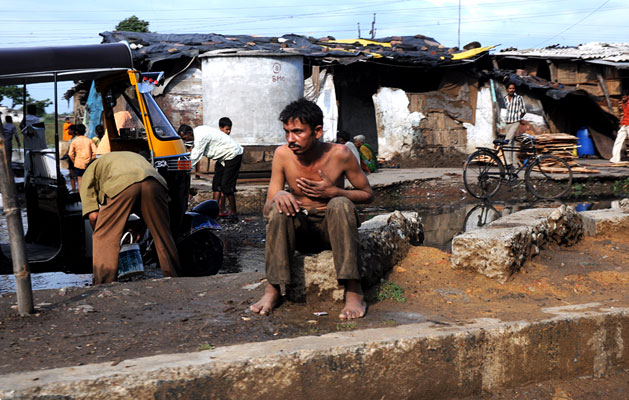 Ailments of the eyes and lungs are common among the residents of old Bhopal who visit government hospitalsPhotographs by: Sayantan Bera 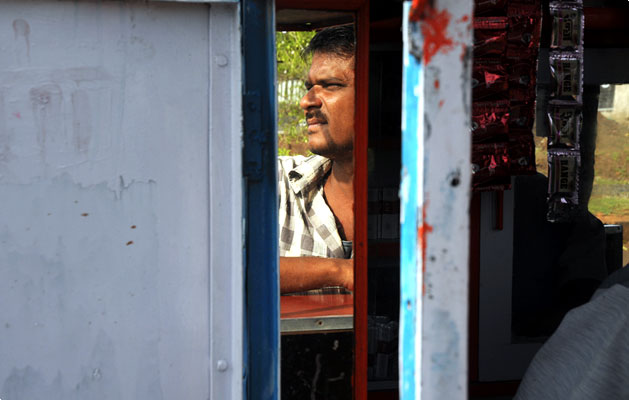 In 1994, hospitals in Bhopal were full of young victims of the gas even though they were not born at the time of the accident. Several of them receiving treatment in clinics and super specialty hospitals opened after the disaster, ran out of the compensation money before finishing the course of treatment Photographs by: Arvind Yadav 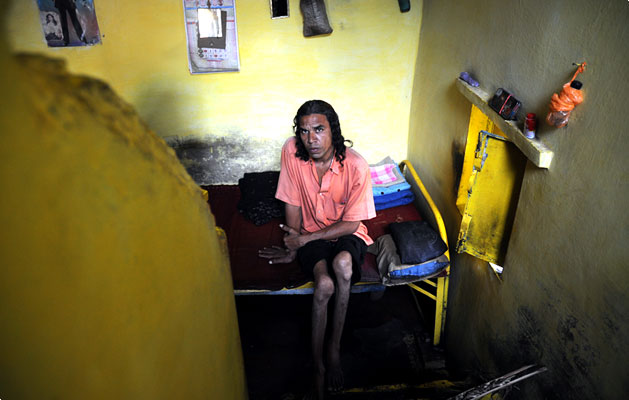 Every day The Dow Chemical Company receives calls from protesters asking it to dispose of chemicals lying at the factory. Sixteen years after the disaster, Dow took over Union Carbide and became the world’s second largest chemical company. It inherits assets and liabilities of Union CarbidePhotographs by: Surya Sen 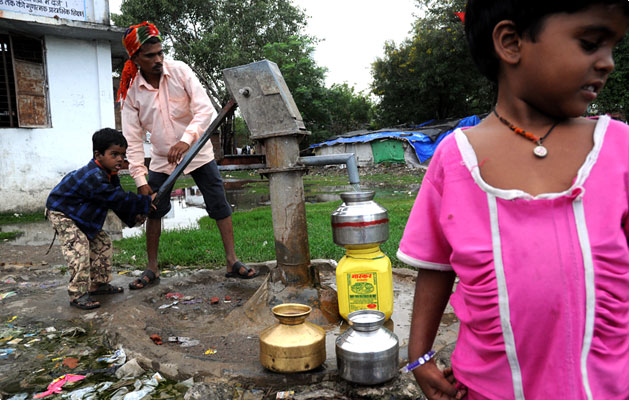 An afternoon in Jai Prakash Nagar. People living around the UCIL plant suffer from chronic ailments and abnormalities. Residents claim children can’t run 100 metres without falling short of breath. No one knows whether these are the fallouts of the gas leak or the continued exposure to toxins. A long-term epidemiological research by Indian Council of Medical Research was terminated in 1994 and the Madhya Pradesh study is poor and disputedPhotographs by: Surya Sen 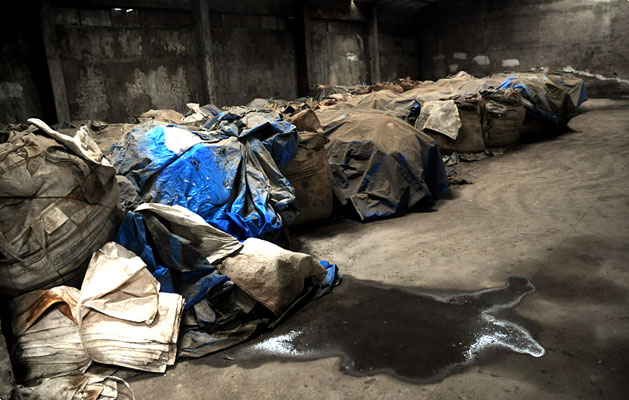 Manoj Panthi once fell unconscious inside a factory tank while cleaning it. “The mask did not help,” said Panthi. He was hired by contractors for Rs 40 a day to scrap chemicals off tanks that once contained methyl isocyanate and to mix lime with the chemicals and stack the solid waste in sacks. “We were about 15 people. Our eyes would itch. Two of my friends passed away within a year of working there.” Photographs by: Sayantan Bera 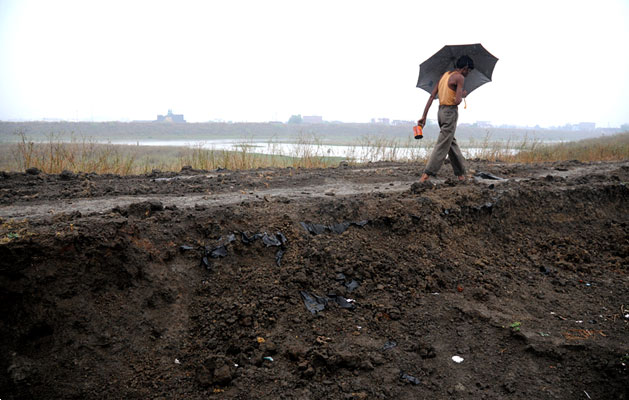 Security personnel were deployed at the factory in 1994 to prevent people from putting up tombstones commemorating the Bhopal victims. Three thousand people died on  the day of the leak. Many more succumbed over the yearsPhotographs by: Pradip Saha 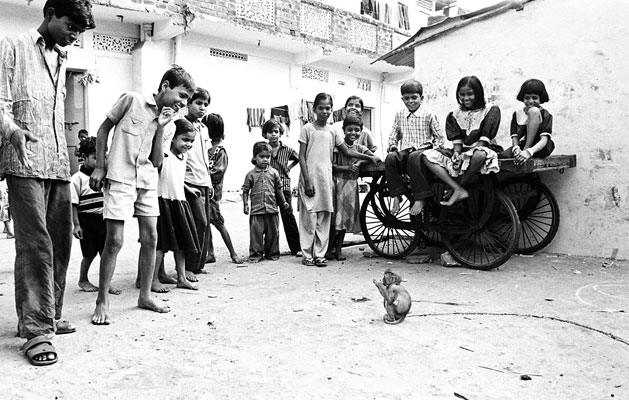 Over the years the concerns of Bhopal residents have shifted from compensation and hospitals to the clean-up of the pesticide factory. Complaints of headache and stomachache are common among themPhotographs by: Surya Sen 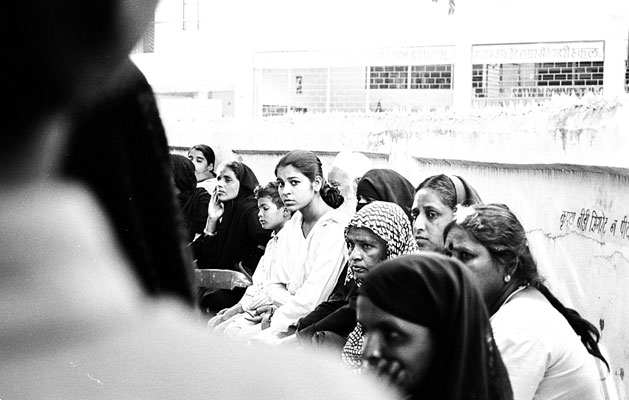 Eight years ago Dinesh Panthi’s legs started failing him. He has since been taking painkillers and is unable to work. He was compensated for the death of his father and sister but not for himself. Of the settlement money Union Carbide India Limited (UCIL) paid, Rs 1,300 crore is still lying with the Central government. Panthi received one lakh rupees for the loss of two relatives when the compensation in case of each death was fixed at one lakh rupees Photographs by: Sayantan Bera 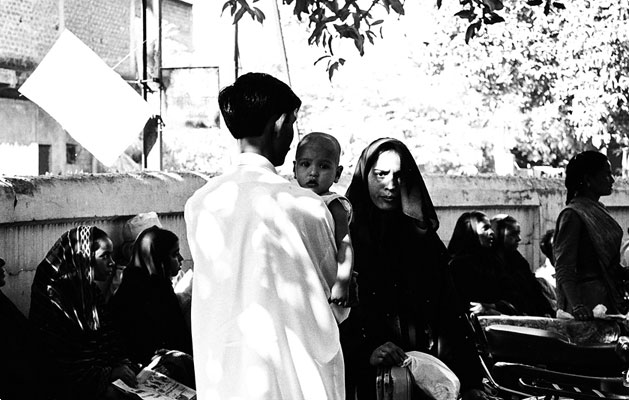 The scale of toxins spread cannot be attributed to the gas leak alone. It betrays mismanagement of chemicals in India. About 32,000 chemicals are produced in the country; the composition of only 3,000 is known and the long-term effects of fewer on health and the environment. With the law providing no deterrence and an unaccountable corporate, a Bhopal is waiting to happen at the turn of every streetPhotographs by: Sayantan Bera 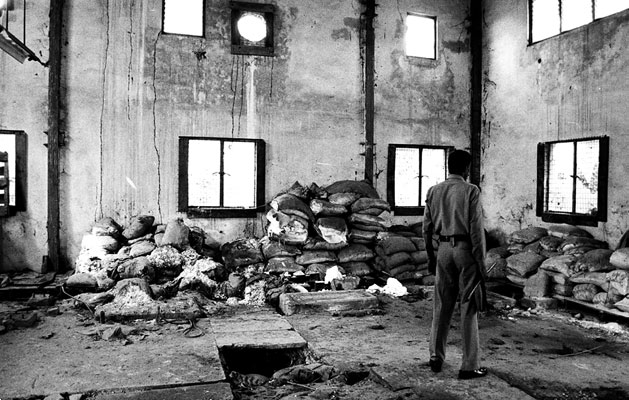 Protests across Bhopal against Union Carbide marked the 10th anniversary of the gas tragedy. Little has changed since, except that more patients are visiting hospitals. The waste is still lying in the factory, poisoning the soil and water. Treatment is difficult because the company refuses to divulge the composition of the chemicals used in the pesticide factory. In 1991, the Supreme Court reinstated criminal proceedings against Union CarbidePhotographs by: Pradip Saha 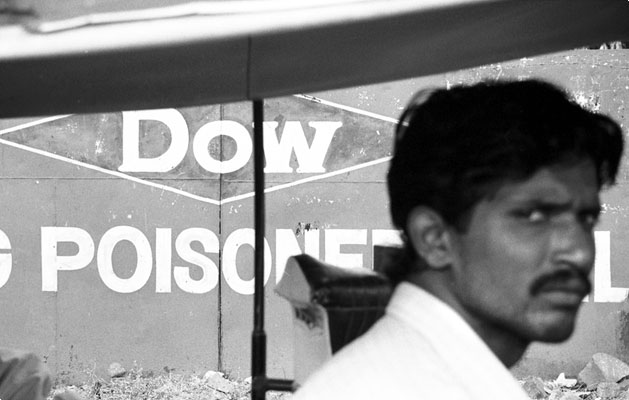 Patients await their turn outside a clinic. Business has been booming for the 275 private clinics and practitioners in the city. People identified as affected by the gas leak were given smart cards to facilitate treatment. The cards made it easy to identify them and paying customers were given preferencePhotographs by: Surya Sen 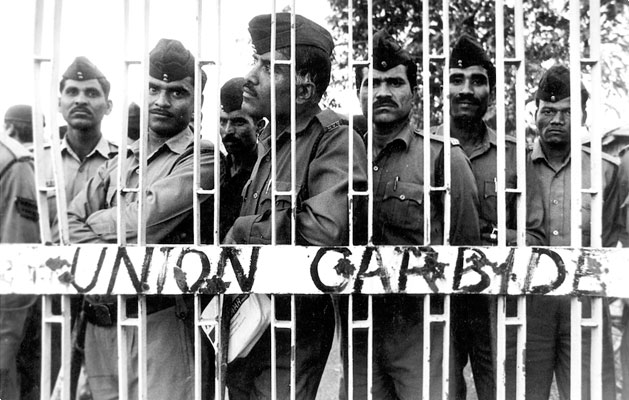 Nav Jeevan colony in old Bhopal receives municipal water once in every two days. In 1994, the Supreme Court monitoring committee on hazardous waste reported groundwater contamination near the factory. The court ordered clean water be supplied to the residents. It was only after two marches – from Bhopal to Delhi in 2006 and 2008 – by residents that a pipeline was laid. But the supply is erratic, so people continue to depend on groundwater Photographs by: Sayantan Bera 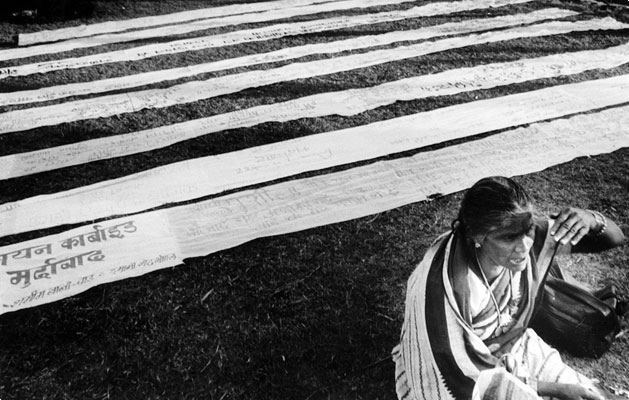 The Madhya Pradesh government wants to open the Union Carbide plant to the public. The principal secretary of the state claims this will dispel the “myth” about toxins left at the site. A recent study by Centre for Science and Environment found that the profile of chemicals found within the factory premises matches that of chemicals found in adjacent localities. Moderately persistent chemicals called Carbamates were also found in the city’s groundwater. Clearly, the factory is polluting the environment even 25 years after the plant was shut down 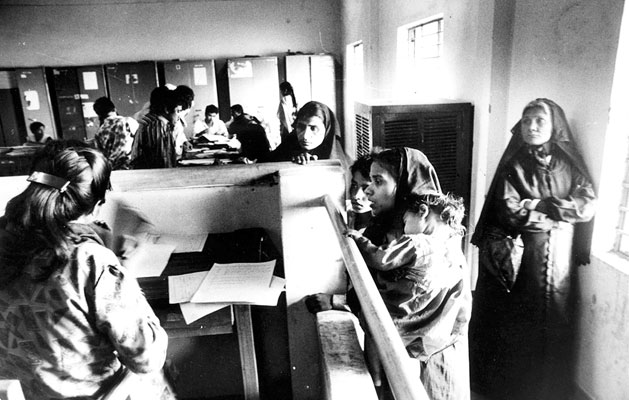 Bhopal residents affected by the gas leak had to wait for hours before they could reach the counters of the courts for compensation claim. Those who were too ill to stand in the queue could not register claims. The Indian government sued Union Carbide for $3.3 billion but in 1989 settled for $470 million on the Supreme Court’s directionPhotographs by: Pradip Saha 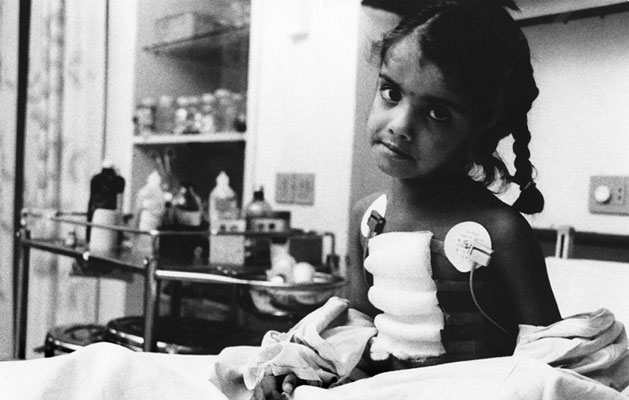 He guarded the Bhopal factory in 2004 and would complain of a persistent headache. Dow refuses to treat the hazardous waste lying at Union Carbide India Ltd (UCIL). Union Carbide Corporation began selling its stakes in its Indian branch, UCIL, in 1994Photographs by: Surya Sen