The science behind the art of cooking

Cooking is an art, most would say. However, at its root, cooking is a form of chemical engineering, writes Krish Ashok in his recent book, Masala Lab: The Science of Indian Cooking. Understanding the science behind food preparation can arm the chef with techniques to augment flavours. Here’s a crash course on the physics and chemistry of food. 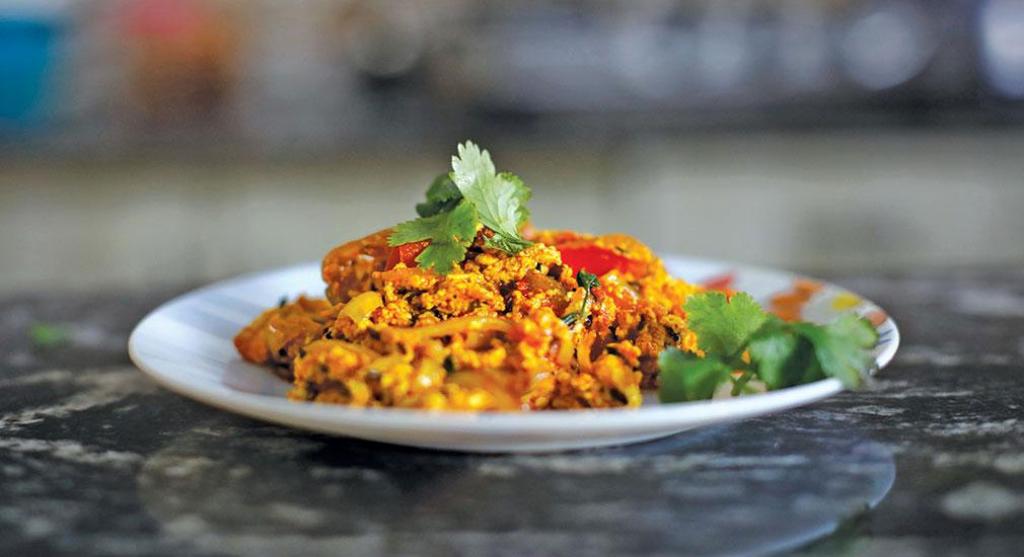 ALDEHYDES OF CORIANDER: Some people do not like to garnish their food with chopped coriander leaves — this is because aldehydes in the herb taste like soap to those with certain sensitive genes. However, such people can consume coriander chutneys because enzymatic reactions break down the problematic chemical during preparation. This shows that keeping one aspect of the ingredient front and centre can sometimes make the dish unpalatable. One way to overcome this is ensuring its ingredients are not individually detectable, but are rather enhanced as a whole with seasoning. For example, a pinch of salt can enhance the sweetness of a kheer and mute the sourness of a raita. Perhaps this is why humans consume salt in almost every dish. However, processed food manufacturers avoid iodised salt because it leaves a metallic taste when cooked at high temperatures. For such dishes, pink or black salt should be used. 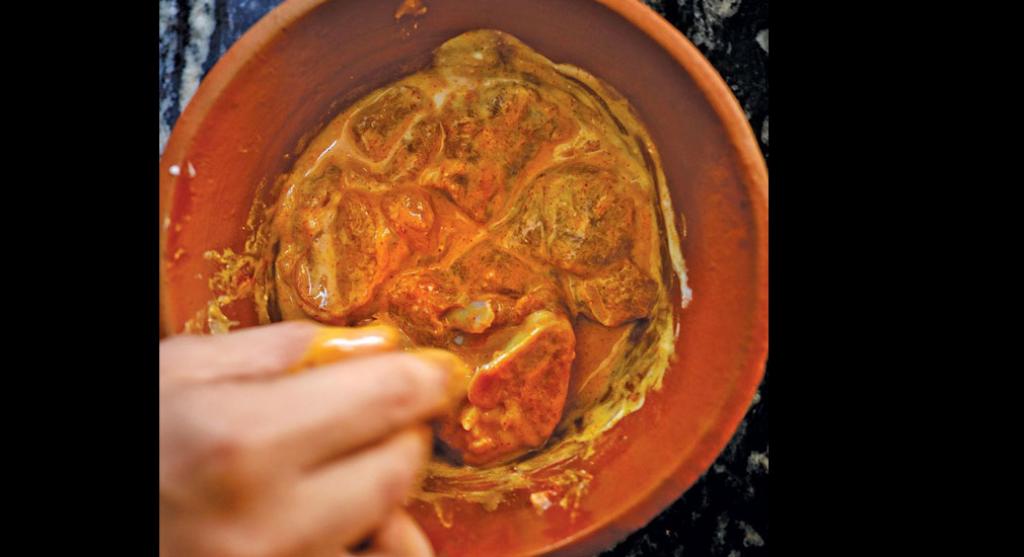 SALT WATER FOR SOFT, FLAVOURFUL MEAT: The secret to cooking meat well is to keep it soft. For this, the best way is to let it sit in salt water for some time. This prevents the loss of water from the muscle. Spices can also be added to the brine to infuse more flavour. This is a better way of tenderising the meat than marination, as the latter merely forms a layer of flavour over the tissue. The second step is to cook the meat at temperatures well below the boiling point (below 65°C), to ensure that the proteins bind loosely and retain moisture. 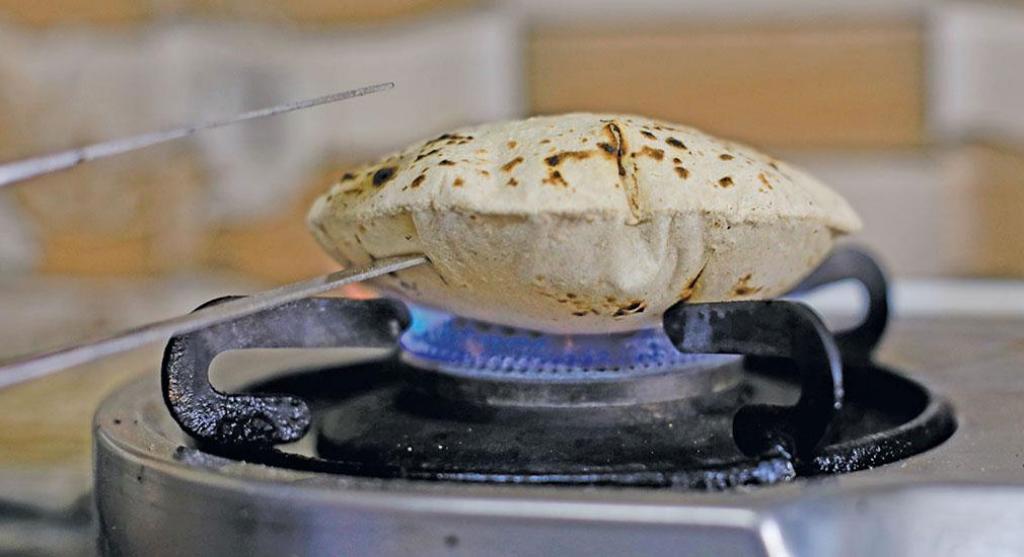 DAMAGED WHEAT PROTEIN KEY TO SOFT ROTIS: Wheat flour made in India is different from that in the rest of the world, because it is ground in traditional mills called chakkis. This causes mechanical damage to the protein and starch, making the flour unsuitable for baking. However, this flour is the best for making soft, flaky rotis and parathas. Traditionally, Indians also consume non-glutinous flour made of millets, rice and pulses. These are difficult to roll because the dough tends to crack. But there are three ways to get around that. The first solution is to use hot water to prepare the dough, as this gelatinises the sticky amylopectins present in the starch. The second method is to mix wheat flour or all-purpose flour (maida) to the non-glutinous variety; but this diminishes the pure taste of the roti. The third way is to add a pinch of xanthan gum to the flour—it neither has a taste of its own nor does it change the taste of the flour. 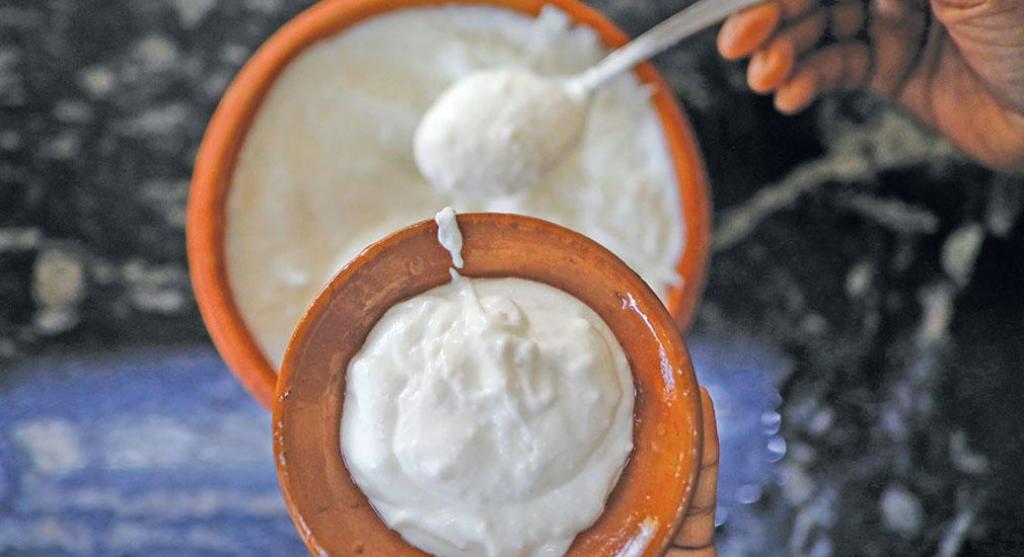 PERFECT HEAT, PERFECT YOGHURT: Preparing fresh yoghurt at home, as is the tradition, requires an understanding of the curdling process. The trick here is to heat the milk to 85-90°C without boiling it, because that will change the structure of the milk proteins and the curd will form in chunks. To make the yoghurt, put the heated milk in a thick vessel and wait for the temperature to reach around 45°C. Take a small amount of this milk in a cup and mix it well with the starter curd. Pour the mixture back in the vessel, cover it and maintain the temperature to 40-45°C. Electric pressure cookers can also be used to keep the temperature steady. In perfect conditions, the yoghurt will set in four hours. But depending on the weather, it can take longer for the desired firmness and sourness to set in. Once set, yoghurt cannot be heated because this breaks the sugar, fat and proteins and results in clumps. For recipes like that of kadhi, which do require heat, gram flour is mixed with the yoghurt and then cooked. 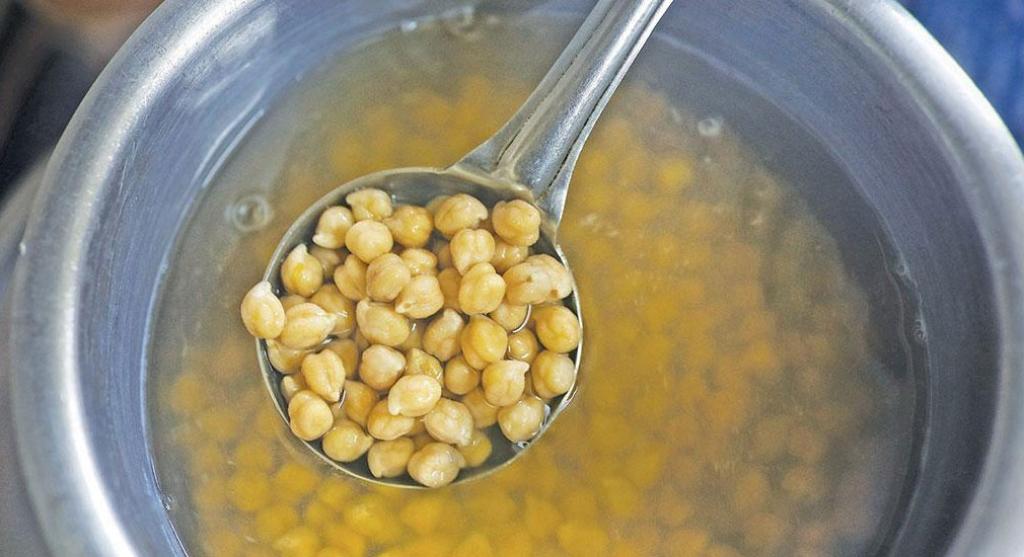 SODA, THE CATALYST: To make chickpea seeds easier to cook, they must be soaked overnight in water with a small amount of sodium bicarbonate (baking soda). The soda reacts with the pectin in the seed coats and creates cracks through which water enters. But baking soda is basic in nature, and has to be removed from the dish to avoid flatulence. For this, tea bags are often added to water while boiling the seeds. Being acidic, tea neutralises the unused soda and removes the bitter aftertaste of the soda. Baking soda also helps in making crispy potatoes. A pinch of it in water used for boiling the peeled potatoes breaks down the pectin and results in rough jagged flesh, which provides more surface area for crisping. Not only are these potatoes crunchier, their colour turns a deep golden brown and therefore appears more appetising. Adding baking soda to eggs used in omelettes makes them fluffier due to the release of the carbon dioxide. 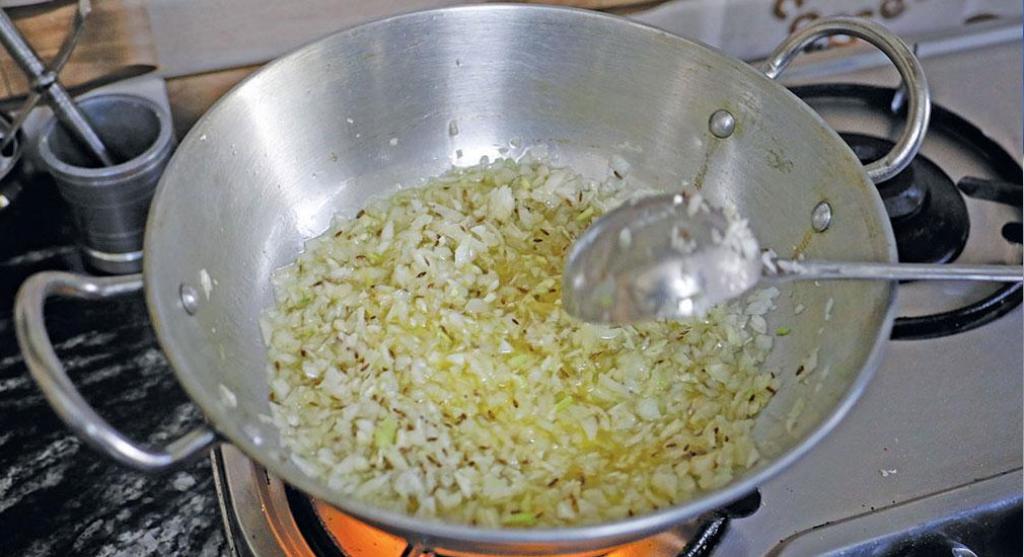