IN PHOTOS: Dev gudis of Bastar get a new lease of life

Across India, sacred groves are known by many names. In Jharkhand, they are generally called sarnas; in Chhattisgarh, dev gudis, which means the place for divine power. In many villages across Bastar, sacred groves are being restored to preserve tribal culture and attract visitors. DTE visited several villages where many such groves are located amid dense forests 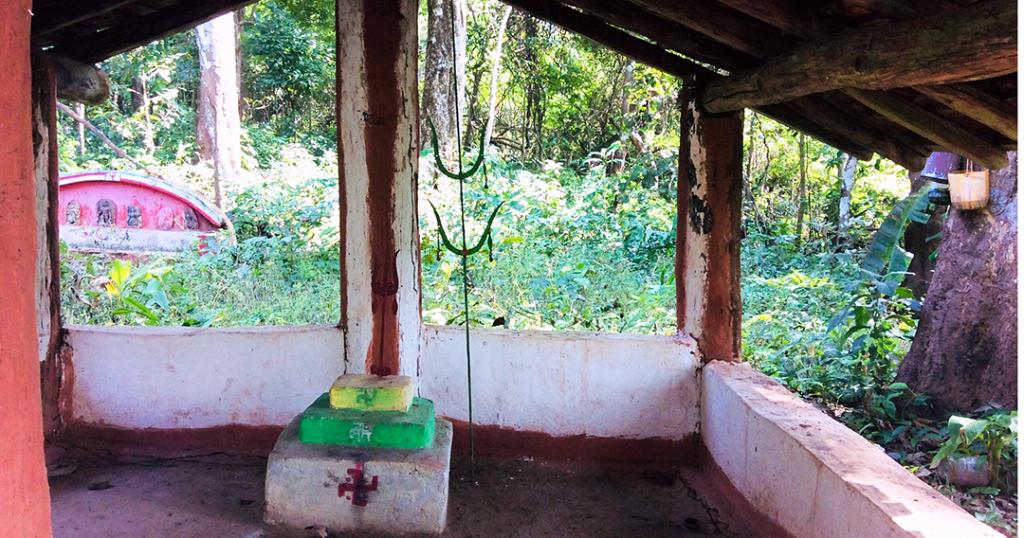 A dev gudi (sacred grove) in Bastar district of Chhattisgarh. The most important deity is the Jalni mata, towards whom Adivasis show a lot of respect and love. Sacred groves are patches of dense forests where important tree species like the sal, mahua and arjuna are found. Preserved by tribal communities over centuries, sacred groves are ecologically and environmentally important. Hritvik Chaubey of Jagdalpur, who is trying to set up his own start-up, said every grove is located inside a dense forest, especially in Bastar. He added that a grove in Darbha block of Bastar district called Champachua has the rare serpentina, or sarpagandha plant, which is endangered. All photos by: Deepanwita Niyogi 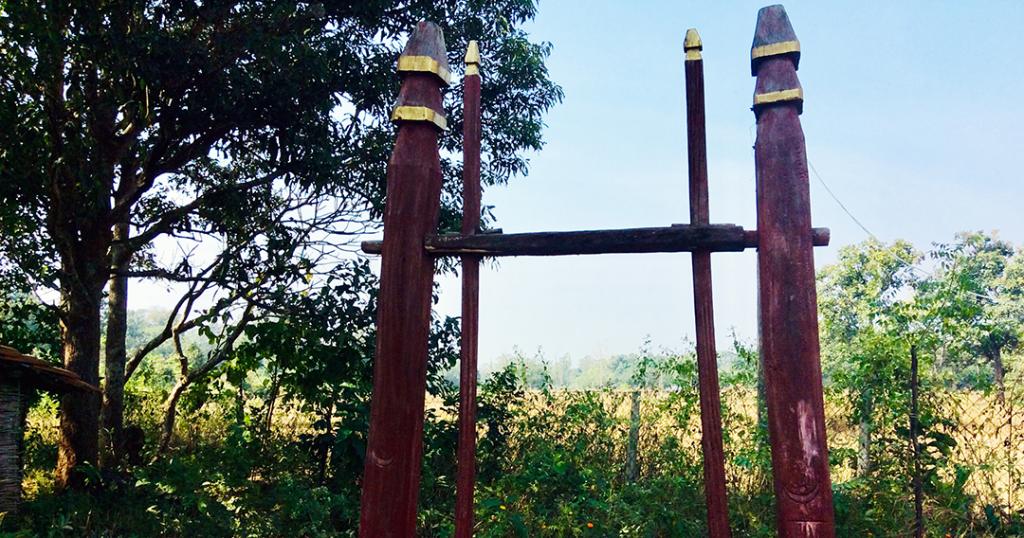 Such wooden structures are commonly found inside many dev gudis. Various gods and goddesses are made to sit on the flat swing-like platform during important festivals. In Chhattisgarh, the renovation of sacred groves has been taken up since last year at the insistence of Chief Minister Bhupesh Baghel. “These are the centres of tribal faith. The entire community comes together at these spots. So, their preservation is important,” said Bastar district collector Rajat Bansal. 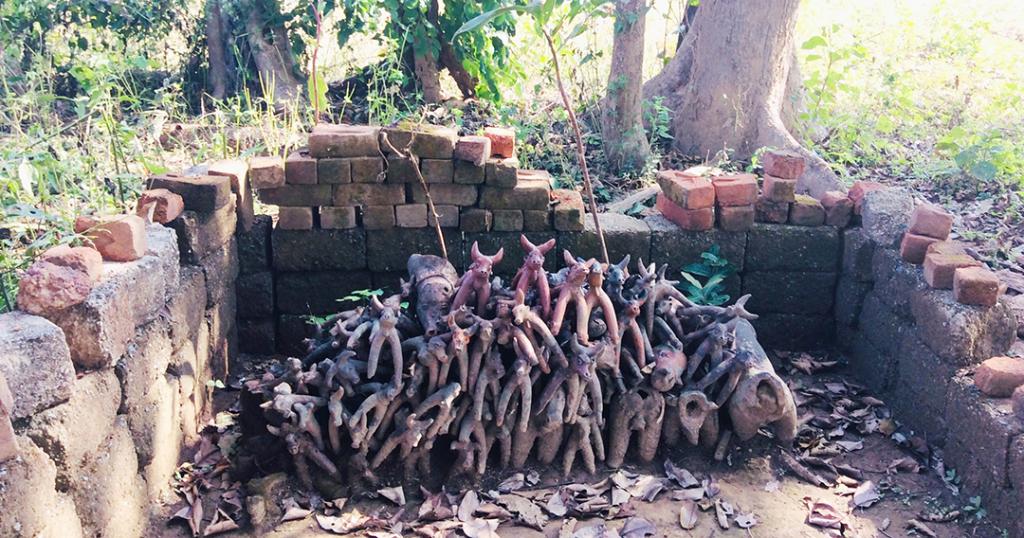 Animal figures are also found inside many of these groves. Wild animals found in forests are revered as well. Deepa Gavali of the Gujarat Ecology Society, a non-profit, has studied the dev gudis of Chhattisgarh. Gavali said migration of locals to cities for livelihood and the emergence of developmental projects in forest areas are reasons for the neglect of sacred groves. 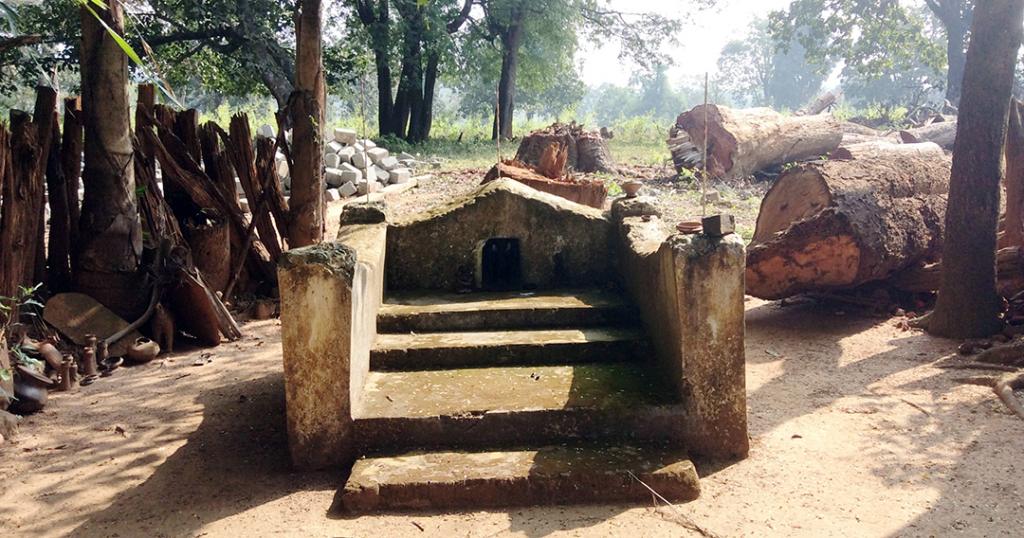 This dev gudi is set inside the limits of Koleng village in Bastar. All villages have groves. Sometimes, a particular village can have two-three dev gudis or mata gudis. This one is not inside a dense forested area but there are tall trees around. “Locals are aware about the importance of forest species. The species are protected in sacred groves. These sacred gudis also serve as a seed bank; the seeds of these trees are dispersed back into forests. Thus, these sacred groves function as seed banks and maintain the gene pool of forest species,” Gavali added. 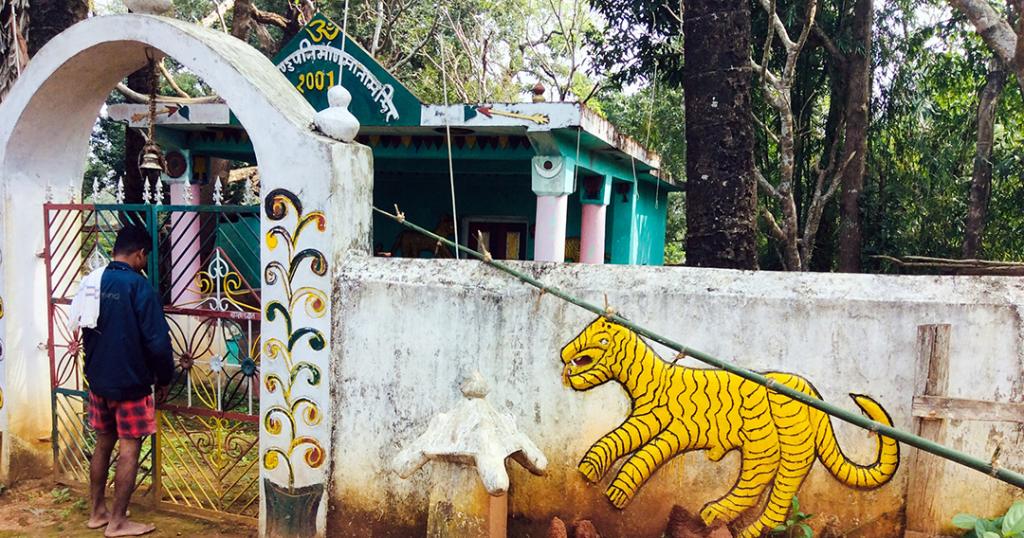 Resident of Koleng village Balsingh Nag shows a dev gudi, which has a beautiful house-like structure with a white boundary wall. Notice the motif of the tiger on the wall. 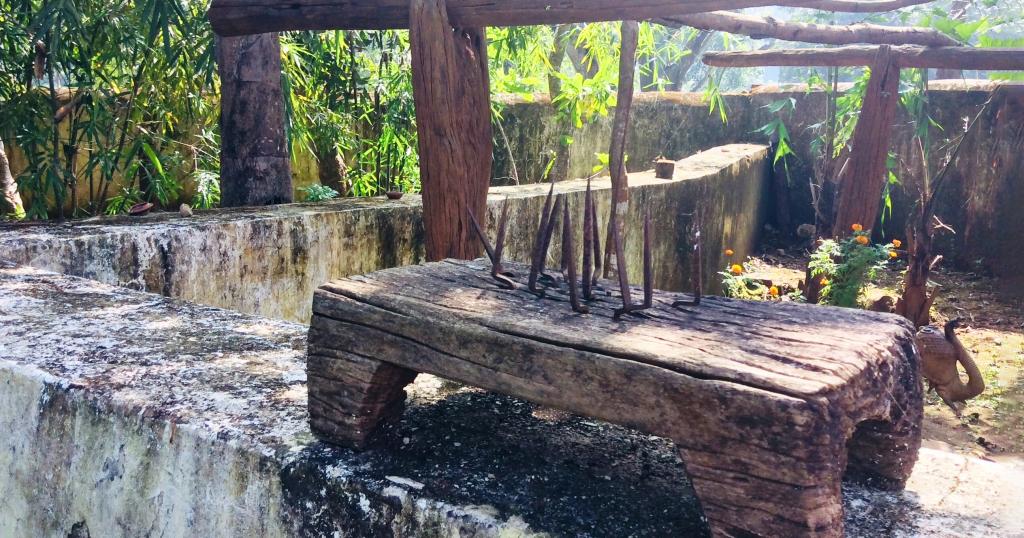 A low stool with iron thorns is the place where the gods are made to sit during festivals. This is done so that people feel that they have special powers. Apart from Jalni mata, Mawli mata is also revered. “We have to offer worship to the deities every year, both male and female. Celebrations like Diyari, Nuakhai and the mango festival are observed and at such times worship is offered to deities inside our groves,” said Baliram Nag, a Dhurwa tribal of Bastar. 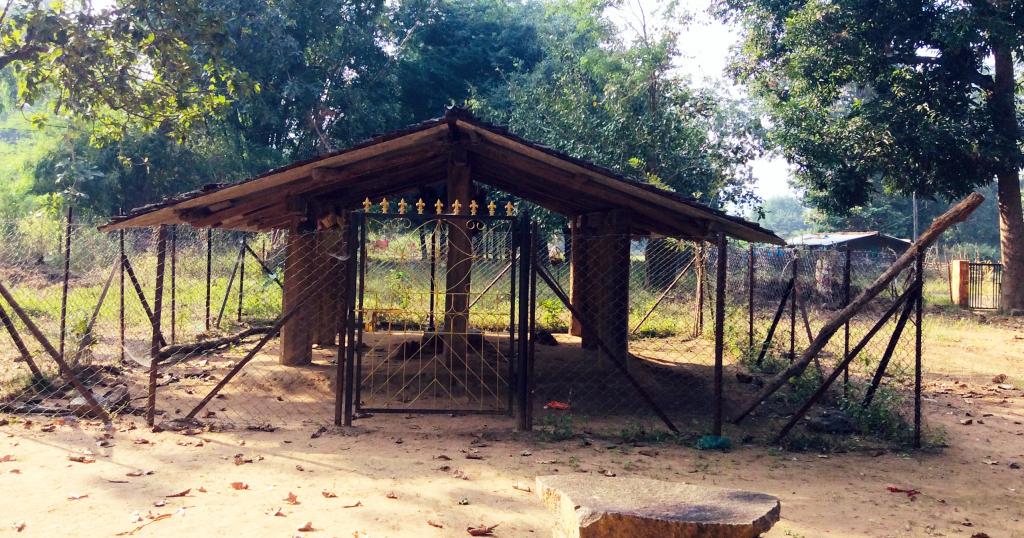 The sacred grove of Paraspal village in Dantewada district. It has been renovated recently with a stage constructed for cultural festivals and a boundary wall with gate. Dantewada divisional forest officer, Sundeep Balaga, said people refrain from cutting trees inside dev gudis. “The forest department is also trying to make these groves secure by taking the help of tribal communities,” Balaga added. District collector Deepak Soni said 143 groves were taken up for renovation in Dantewada and about Rs 10 crore has been spent for the purpose. Till now, 110 dev gudis have been renovated since last year. 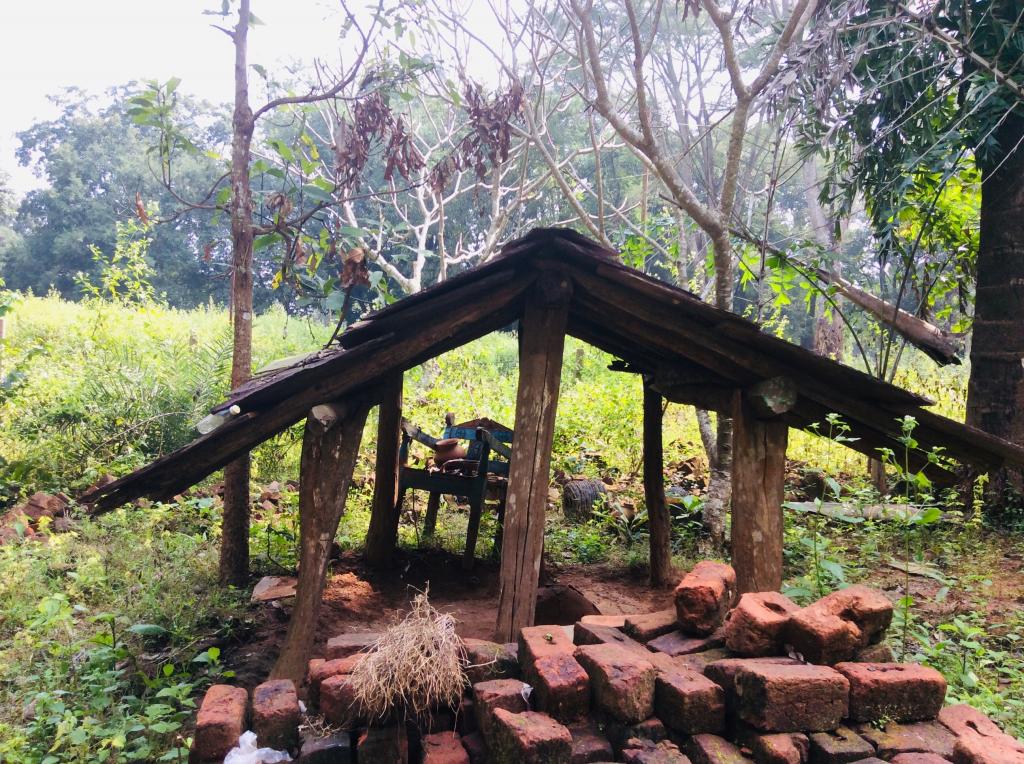 Dev gudi of Mundagarh village in Bastar. Resident Sonadhar Baghel said people come here during Nuakhai and worship. It is observed after paddy is harvested and taken to homes from fields. “Offerings are made to deities during Nuakhai. Rice is cooked and offered as bhog. It is a good thing that the government is engaged in conservation and renovation of many gudis.”