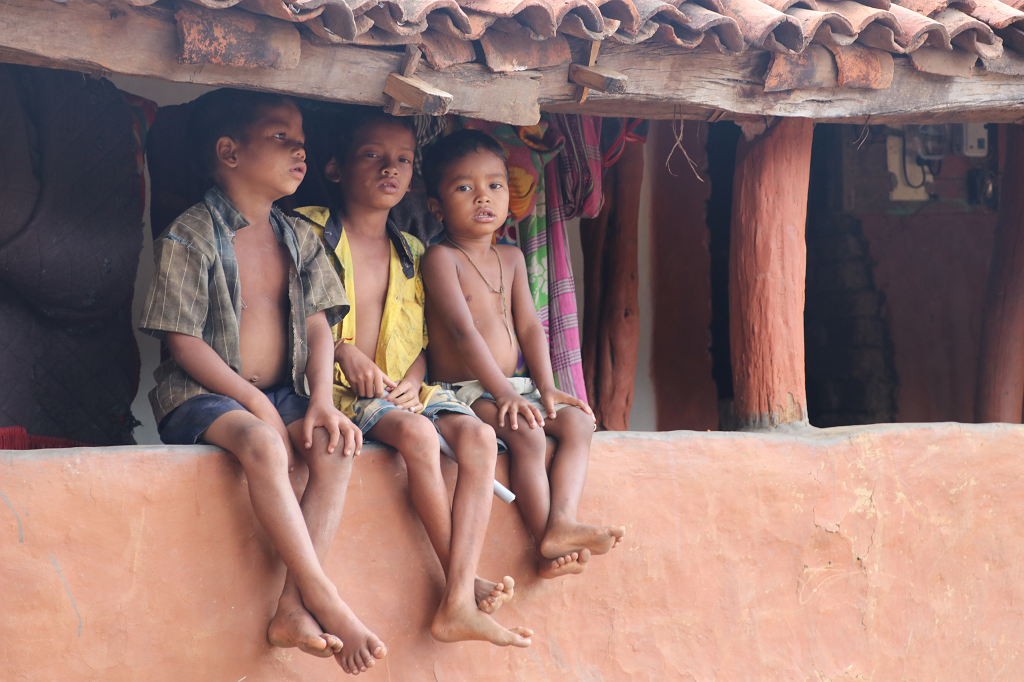 The department of agriculture and farmers’ empowerment, in collaboration with the Odisha Millets Mission and District Mineral Foundation, has extended support to 19 women self-help groups to prepare ragi laddoo mix in Odisha’s Keonjhar district. The micronutrient-rich laddoos have been distributed as morning snacks to over 86,000 pre-school children (3-6 years) across 3,257 Anganwadi centres in the district. Only one in 10 children between six months and two years receives an adequate diet in the district, according to the fourth National Family Health Survey 2015-16. Photo: Abhijit Mohanty / OMM 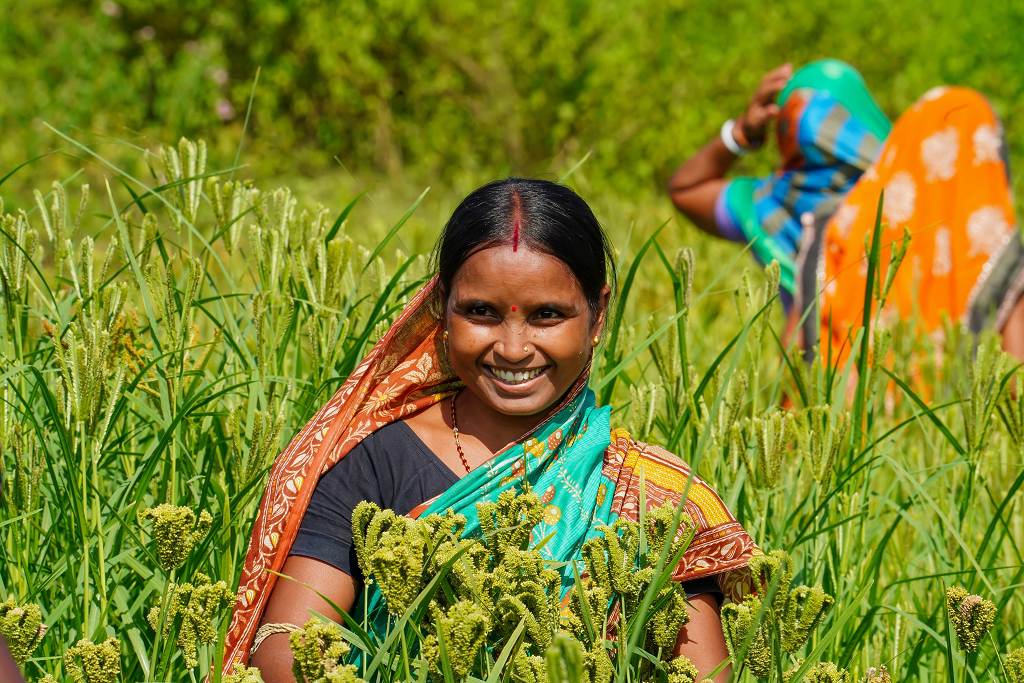 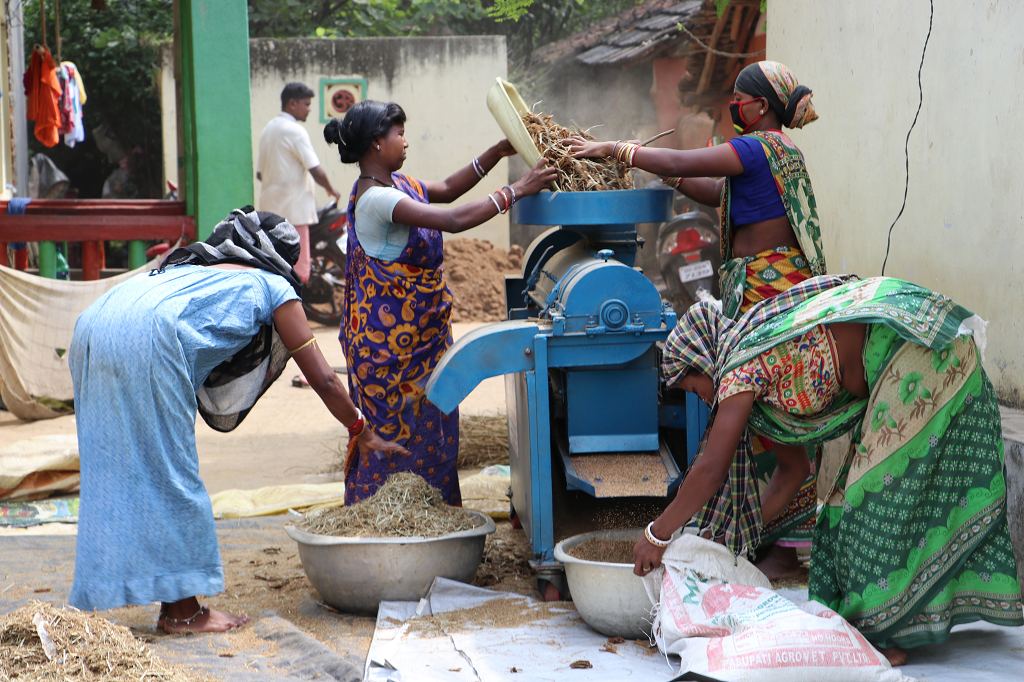 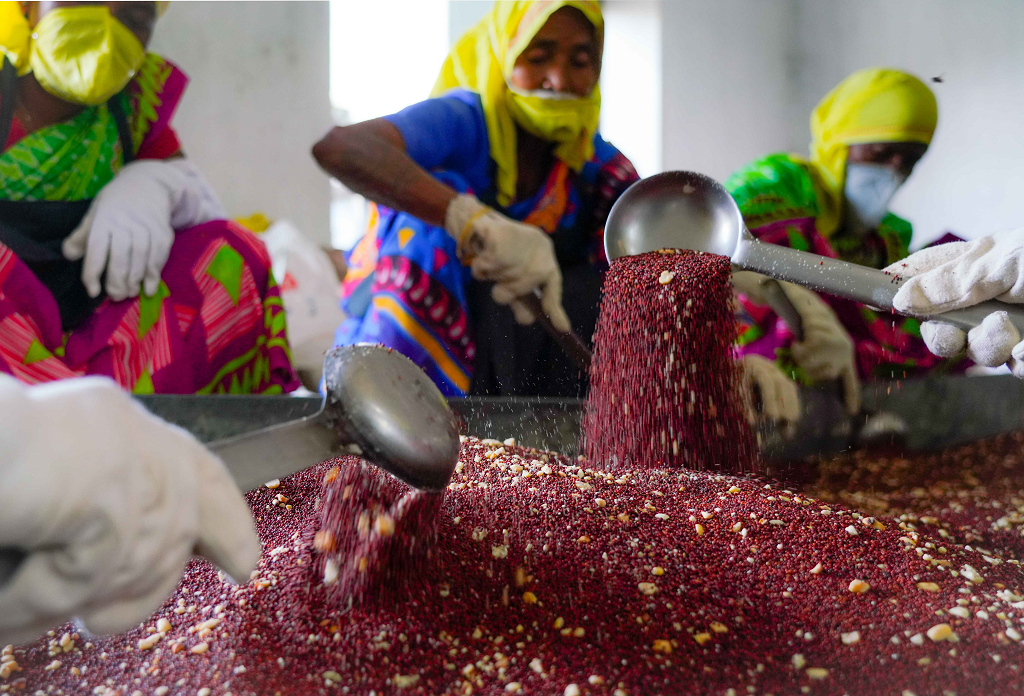 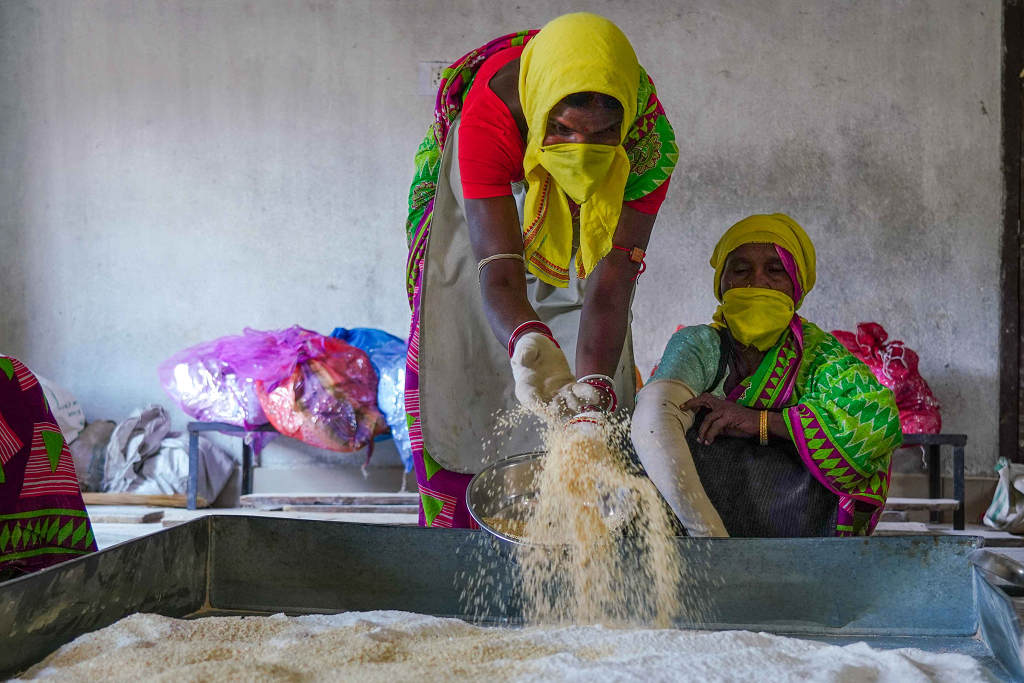 Roasted sesame seed, sugar powder and green cardamom are then added to the fine flour also known as ragi laddoo mix. It is heated in a pan for 2-3 minutes on low flame. Water is added to the vessel and brought to boil. The hot mixture is finally rolled into balls. Photo: Abhijit Mohanty / OMM 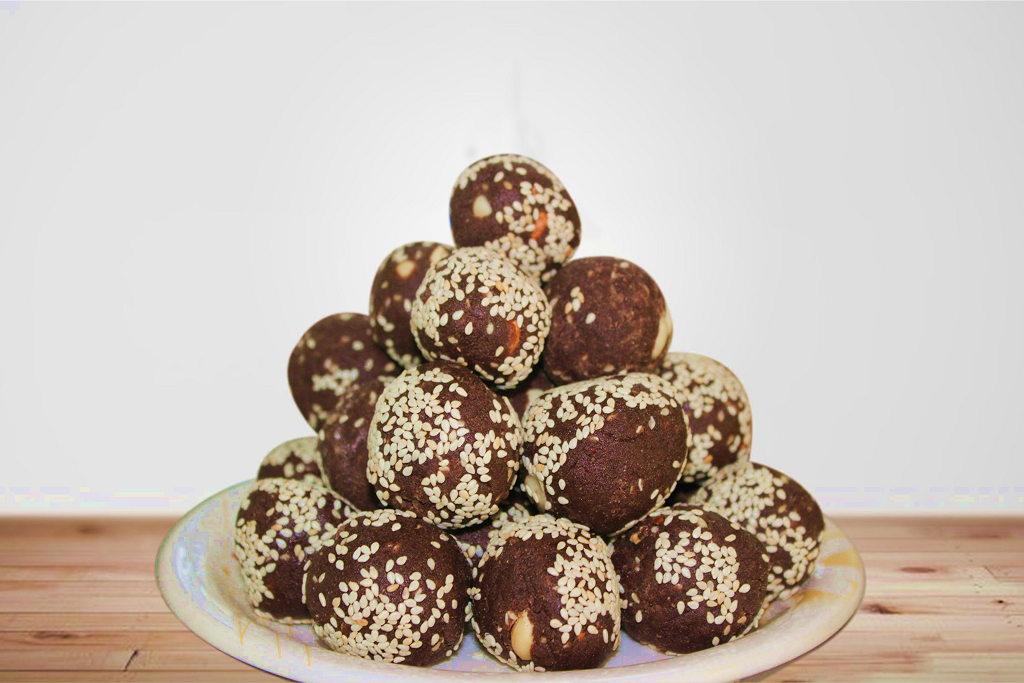 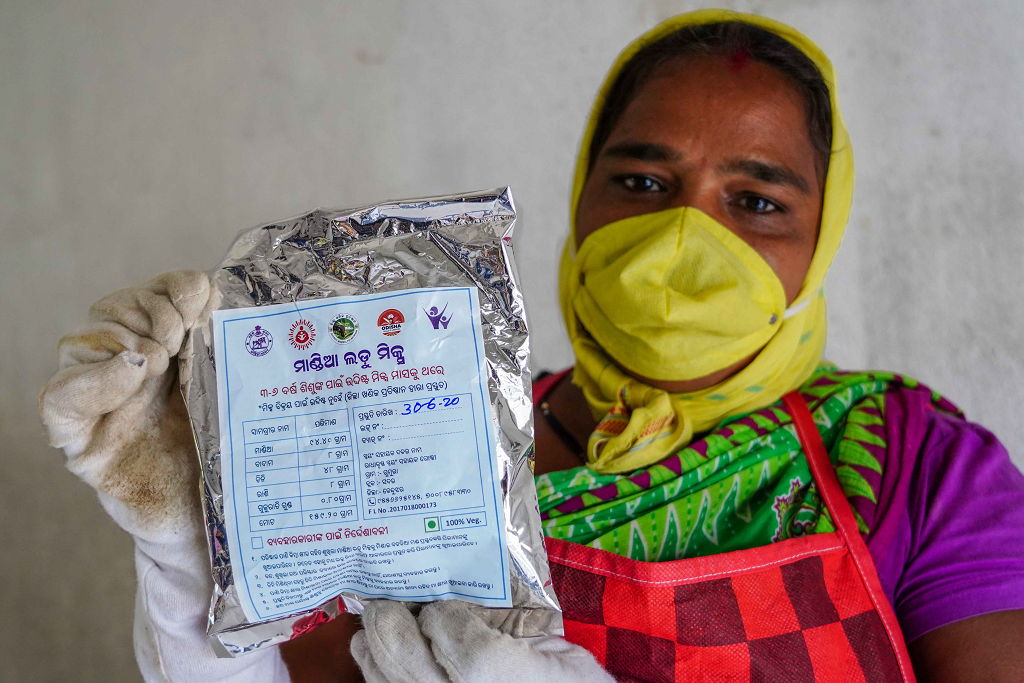 A member of Radha Krishna WSHG showing a packet of ragi laddoo mixed floor. When the Anganwadi centres were closed as part of covid protocols, ragi laddoo mixed flour was distributed as take-home ration (THR) among the parents of pre-school children. Abhijit Mohanty / OMM 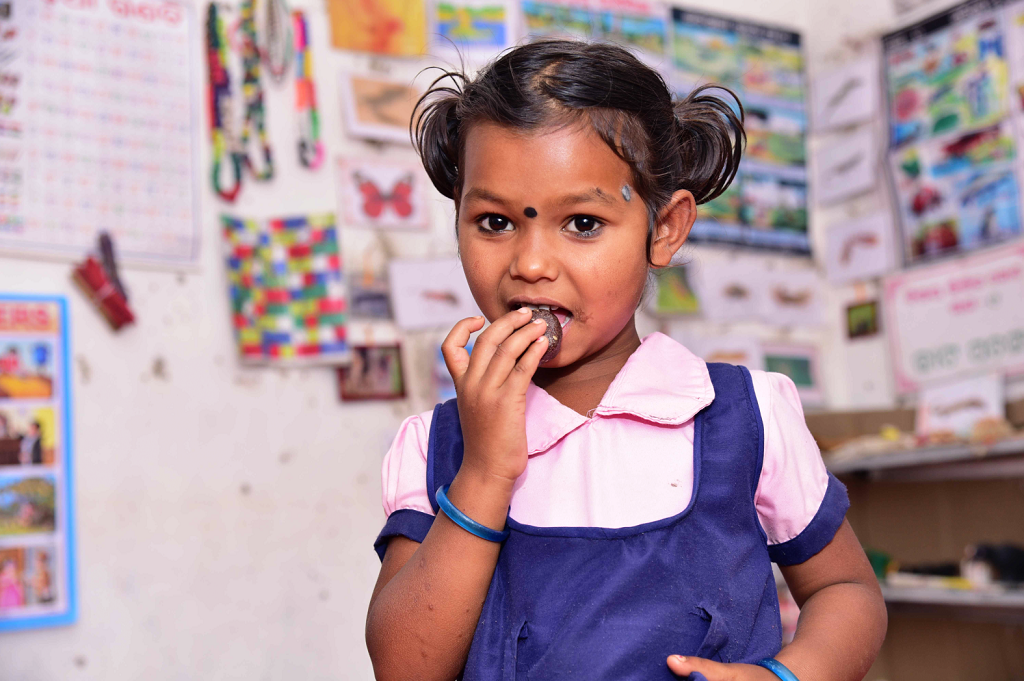 A pre-school girl eating ragi mixed laddoo in Anganwadi centre in Keonjhar district headquarter. Each week, two20 gram laddoos are given to every child at the Anganwadi centres. Recently, the Keonjhar district administration has approved to provide four laddoos per week to each pre-school child. “This is an important step to increase nutritional status among tribal children. It will also help to revive the age-old tradition of millet consumption,” said Bharati Ratha, district social welfare officer, Keonjhar. Photo: Abhijit Mohanty / OMM