Where does milk come from?

Cows account for nearly 80 per cent of global milk production, but they are not the only milk providers humans have been dependent on for nutrition. 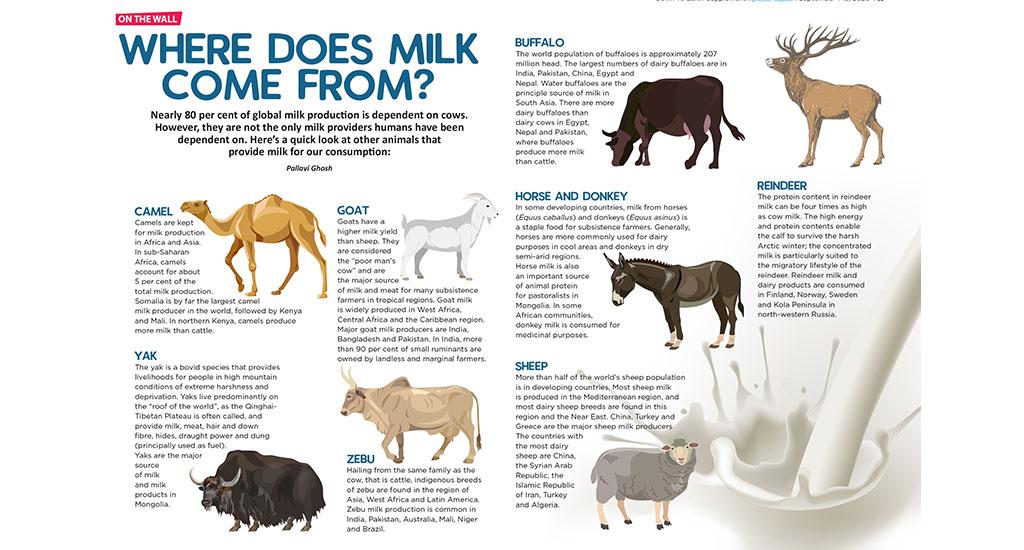 From camels to sheep, humans have been extracting milk from a variety of animals across the globe. Climatic conditions play a huge role in determining the source of milk for local consumption. (Illustration: Vijayendra Pratap Singh) 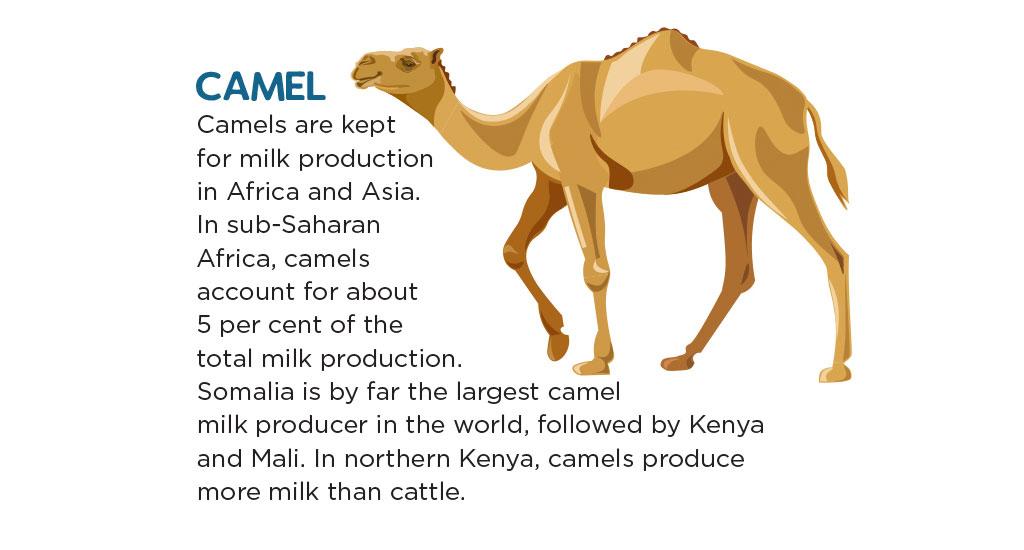 Camels are kept for milk production in Africa and Asia. In sub-Saharan Africa, camels account for about 5 per cent of the total milk production. Somalia is by far the largest camel milk producer in the world, followed by Kenya and Mali. In northern Kenya, camels produce more milk than cattle. 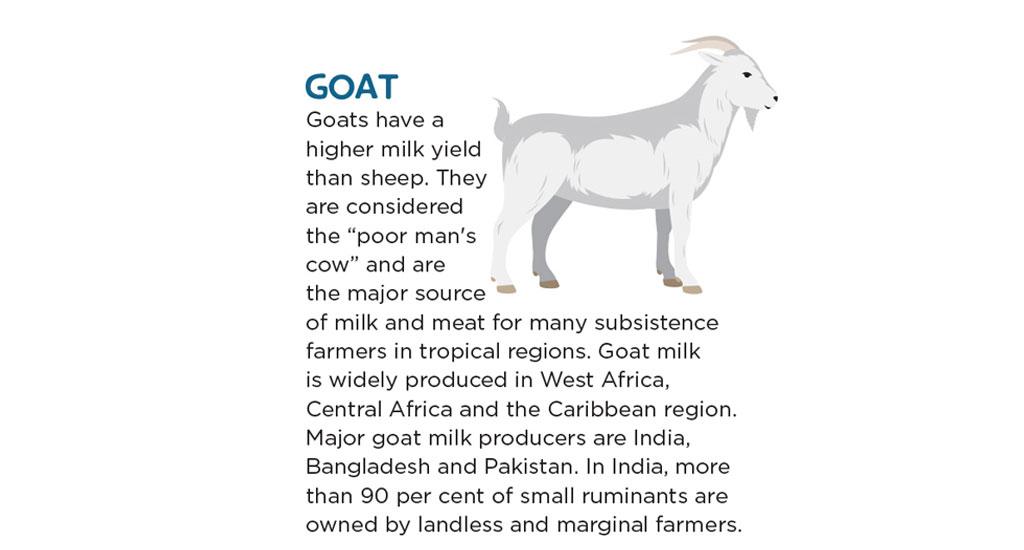 Goats have a higher milk yield than sheep. They are considered the “poor man's cow” and are the major source of milk and meat for many subsistence farmers in tropical regions. Goat milk is widely produced in West Africa, Central Africa and the Caribbean region. Major goat milk producers are India, Bangladesh and Pakistan. In India, more than 90 per cent of small ruminants are owned by landless and marginal farmers. 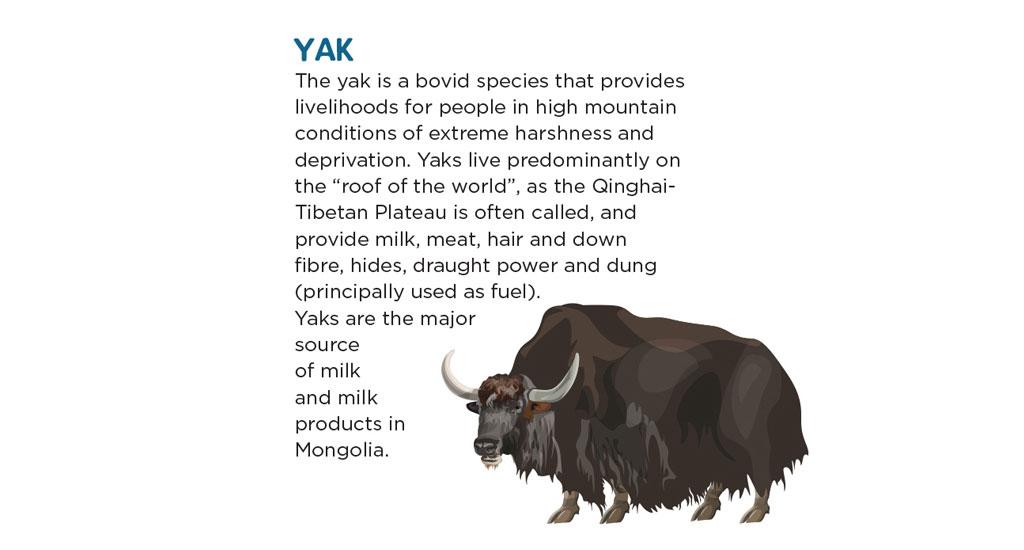 The yak is a bovid species that provides livelihoods for people in high mountain conditions of extreme harshness and deprivation. Yaks live predominantly on the “roof of the world”, as the Qinghai-Tibetan Plateau is often called, and provide milk, meat, hair and down fibre, hides, draught power and dung (principally used as fuel). Yaks are the major source of milk and milk products in Mongolia. 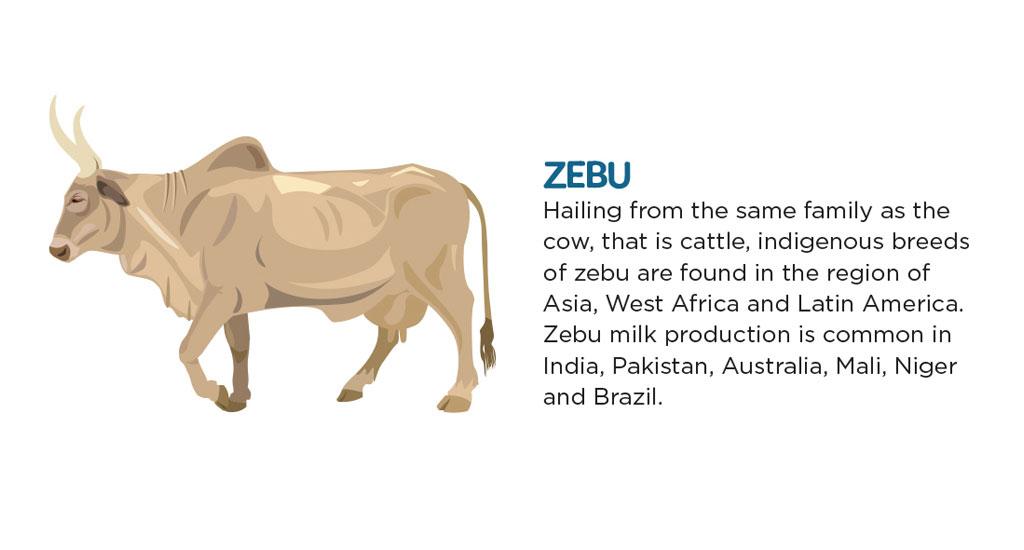 Hailing from the same family as the cow, that is cattle, indigenous breeds of zebu are found in the region of Asia, West Africa and Latin America. Zebu milk production is common in India, Pakistan, Australia, Mali, Niger and Brazil. 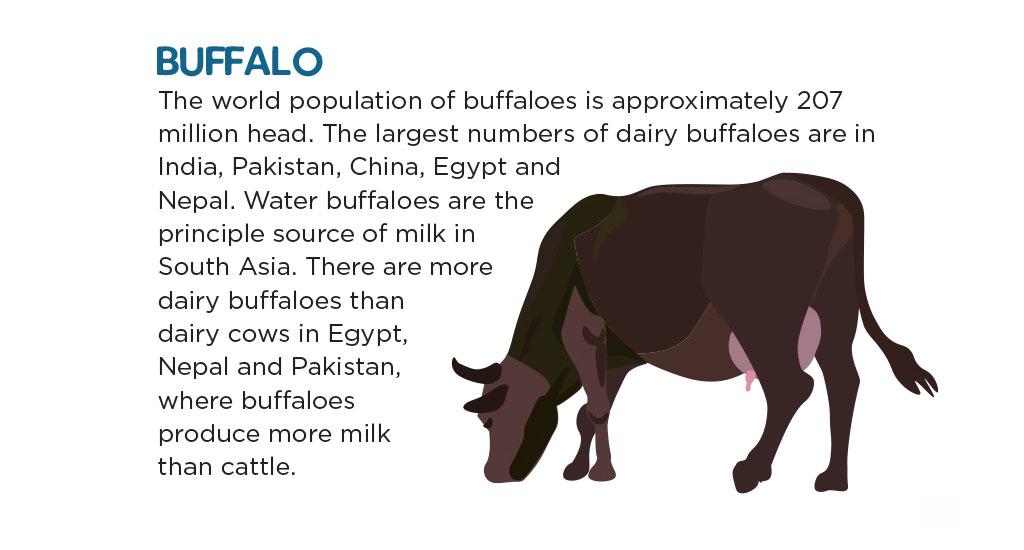 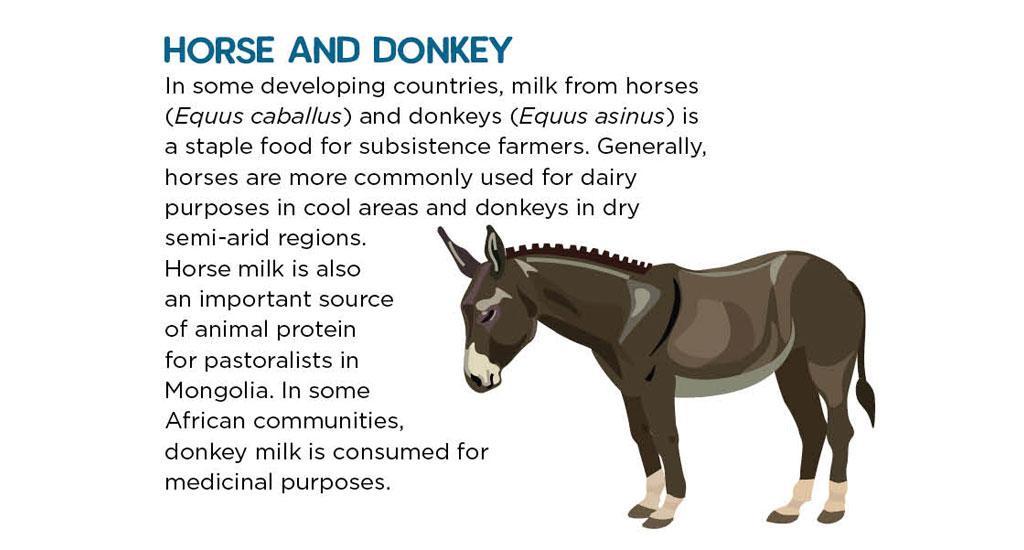 In some developing countries, milk from horses (Equus caballus) and donkeys (Equus asinus) is a staple food for subsistence farmers. Generally, horses are more commonly used for dairy purposes in cool areas and donkeys in dry semi-arid regions. Horse milk is also an important source of animal protein for pastoralists in Mongolia. In some African communities, donkey milk is consumed for medicinal purposes. 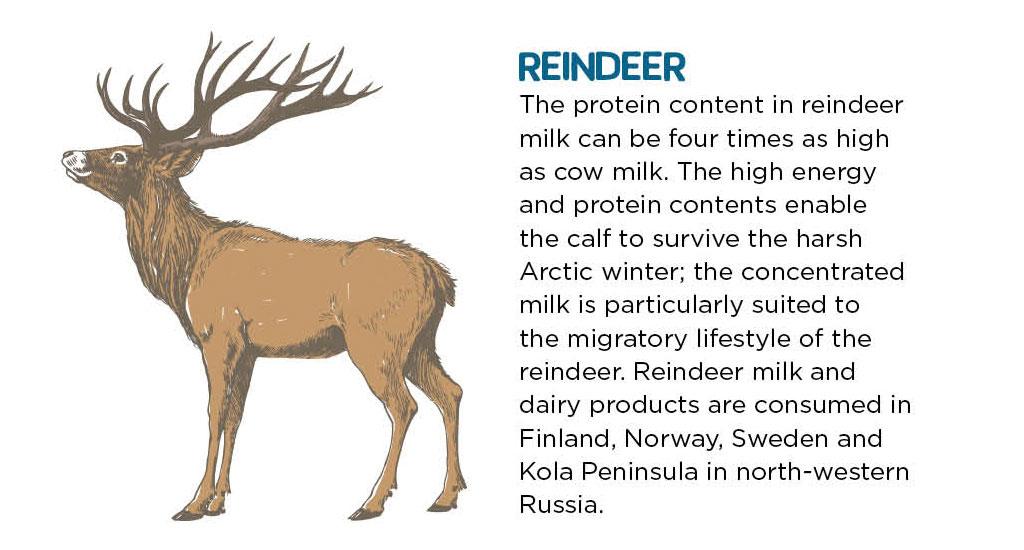 The protein content in reindeer milk can be four times as high as cow milk. The high energy and protein contents enable the calf to survive the harsh Arctic winter; the concentrated milk is particularly suited to the migratory lifestyle of the reindeer. Reindeer milk and dairy products are consumed in Finland, Norway, Sweden and Kola Peninsula in north-western Russia. 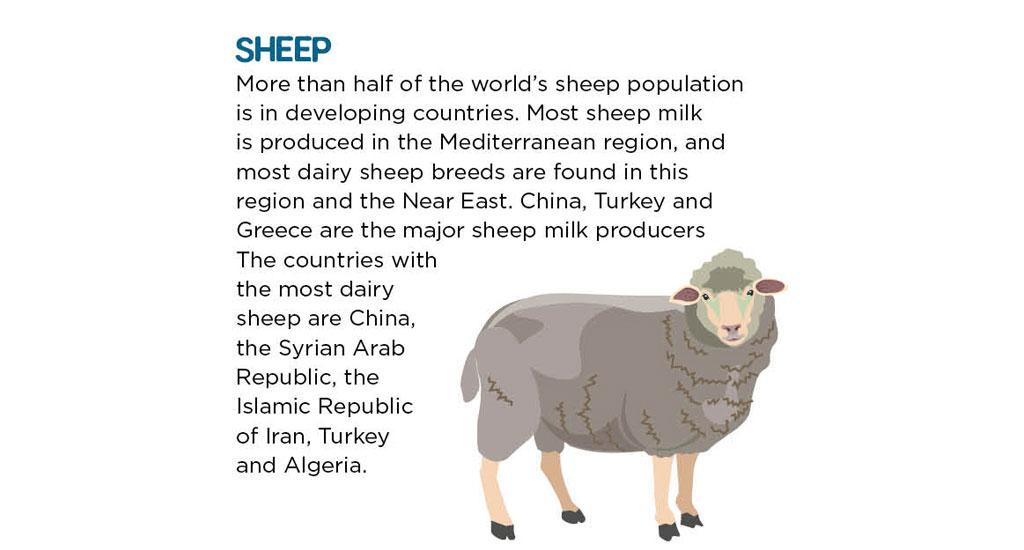 More than half of the world’s sheep population is in developing countries. Most sheep milk is produced in the Mediterranean region, and most dairy sheep breeds are found in this region and the Near East. China, Turkey and Greece are the major sheep milk producers. The countries with the most dairy sheep are China, the Syrian Arab Republic, the Islamic Republic of Iran, Turkey and Algeria.