Who fares best and worst on road safety across the world 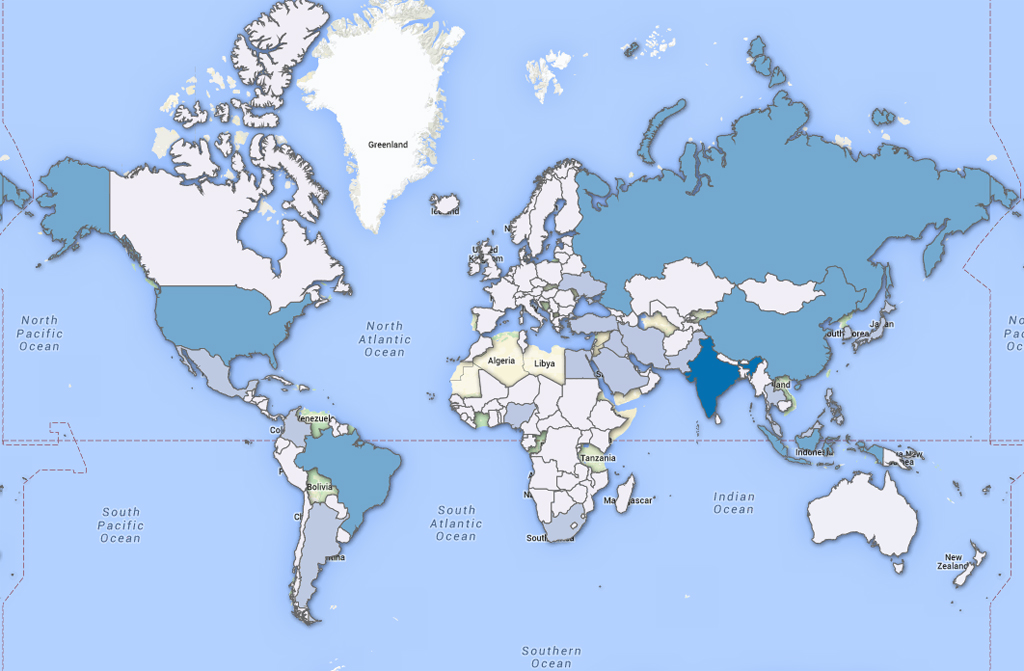 A recently published report of the World Health Organization (WHO) says that India accounts for maximum number of road accident deaths reported around the world. The report, titled, Global status report on road safety 2013, shows that 1.24 million people are killed in road accidents every year.

According to the report which has cited data from 2010, more than one-fourth of all road traffic deaths around the world involve pedestrians and cyclists. This raises an alarm on road safety conditions across the cities of the world.

Check out the interactive map below and click on any country to find out how many road accident deaths it reported in a given year. Darker the shade of blue, higher is the number road deaths.
This interactive map shows deaths per 100,000 persons in all 182 countries mapped in the road-safety report

The report also says that only 68 countries have national or sub-national policies to promote walking and cycling, and just 79 countries have policies that protect pedestrians and cyclists by separating them from motorised and high-speed traffic.


Disclaimer: The boundaries may not be as per standards observed by individual countries