Manu Bhatnagar, an urban environmental planner, has been heading the natural heritage division of the Indian National Trust for Art and Cultural Heritage (INTACH) since 1996. He speaks about projects undertaken by his organisation to restore lakes and water bodies in urban areas and how they are helping to slowly shape government policies on water management and conservation 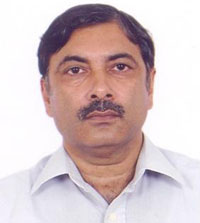 Describe the nature of your work

At INTACH, we are evolving alternative perspectives and pilot projects to influence government policies for adoption of decentralized, low energy approaches to water management which are more in consonance with natural systems. We have worked on lake revival (Hauz Khas lake in Delhi and several other lakes), urban watersheds, urban water policy and decentralized waste water treatment in flowing nallahs.

How are you intervening at policy level in urban environmental planning?

By organising seminars, participating in workshops, planning and implementing alternative approaches with the help of the local bodies and then disseminating the lessons in a larger way.

What prompted you to take up this cause?

At the time we began in 1995, water issues were just emerging. We felt we had alternative ideas which needed serious consideration.

Is this work yielding results?

Any intervention which leads to change of government policy takes time. But slow and steady progress is being made. For example, water harvesting bye laws have been framed; water harvesting is now mainstream jargon, waste water recycling at campus level is also a bye law now; conservation of water bodies has also been brought on the agenda of the government. The water policy for Delhi is being finalised with Delhi Jal Board incorporating recycling and conservation rather than reliance on external sources.

What would be the future of urban lakes in our cities? Has the government taken any steps to mitigate this threat?

India is facing rapid urban expansion. Urbanization is a process of colonising the watershed. Unless planners understand the dynamics of lakes, these will just occur as blue patches in the master plan while ignoring the integrity of the watershed. This will ultimately put urban lakes on life support systems for survival. The government has formed National Lake Conservation Plan and National Wetlands Conservation Programme and notified Wetland Rules. However, the effort needs to be magnified to cover each and every water body. The National Wetland Atlas has been drawn, giving the coordinates and attributes of thousands of water bodies, district-wise.