Jasveen Jairath, convener of Save Our Urban Lakes, a citizens initiative for saving water bodies of Hyderabad, talks about the challenges of preserving the urban water bodies, and the legal complications involved 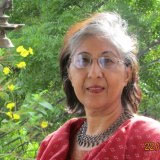 What kind of campaign are you leading in Hyderabad?

A people’s body under the banner of Save Our Urban Lakes (SOUL), has been untiringly fighting to save urban water bodies like lakes. It includes academicians, social workers, experts and concerned citizens. We believe lakes are part of the geo-hydrological system. They are a quintessential part of urban ecology. But they are aggressively being encroached. We are fighting to restore and conserve these eroding lakes.

Are your activities focused only on Hyderabad?

No. We are concerned about all the urban water bodies of Andhra Pradesh. Our movement also aims to make people aware and to mobilise them to action.

How is your organisation executing this uphill task?

We document and photograph the damage at various lakes, and then share it with the media and government officials.

We pursue this issue through media and judicial activism. Sometimes we get support from media. When the government ignores our efforts, we file cases in court. Judicial activism is on one track and a negotiation with government is another one. We rely on the media to publicise our efforts, and to mobilise people to further our cause.

We are people’s body, not an NGO. Our funding consists of donations from our members and concerned citizens.

Members voluntarily donate their time and effort to our cause, and we still feel that much more needs to be done.

What motivated you to take up the cause of water bodies?

It started when I was working with the Andhra Pradesh government for a golf course project in Hyderabad in 2008. I found a few water bodies were being filled up for this project. Those water bodies were our natural heritage.

Tourists used to frequently visit the area. The state government had sanctioned this project. The government wanted to build more memorials here. It was sanctioning commercial projects and filling the lakes. This citizen group was protesting against this project. That was when I got involved with the group.

Is there any hope for the lakes of Hyderabad? Can you share your achievements with us?

Media publicity is short-lived, but we cannot ignore it. We keep pushing this issue into the limelight. The greater challenge is mobilising people without funds from any organisation. This has been an issue for the last three years. Now the government has invited us for consultations for the conservation of lakes. They wanted us to give them a first-hand report. I think this will help chalk out a plan and policy for the future.

We are also advocating the inter-connecting of lakes. This will help recharge lakes in the city. It is also important that this connectivity should be seen in a social collective perspective.

What kind of problems do you foresee?

The foremost challenge is from real estate. Firms in collusion with the administration are involved in filling up lakes on a large scale. Many prominent politicians and sitting ministers are involved in land grabbing scams.

What is the legal status of the land on which these lakes lie? Is it private property or public?

In Telengana region, the ownership of land was issued to private individuals during the Nizam’s period. Where there were water bodies, the ownership entitlement was given to the deep surface lands. The land where these ponds and water bodies lie is called ‘shikham land’. The accumulated water on these lands recedes when summer approaches and the exposed land is used for growing crops for only one season. It was an ecologically balanced process. There was no need for water as the moisture laden soil could successfully sustain single crops. It was way of life and a source of livelihood. There are now lots of claims and manipulation over this private ownership of surveyed lands.

The water surface has no legal recognition. This area still exists as water bodies in village revenue offices files.

This is why one can’t take the matter to court unless there is an issue of ownership with the land itself, not if the water body itself is affected. Once it is filled and an island is created, there is restriction of land use and only agriculture is allowed.

The boundaries of the lakes are gradually being compromised. There are documents called memoirs of the lake in government offices. These memoirs have been destroyed as the government is not interested in preserving it. When a document that gives geographical details of urban water bodies is destroyed, one can very easily fill the water body, change its contours, and alter its land use.

Is there no law to prevent use of these water bodies land?

Yes! There is law. But it only restricts the nature of land use, not its sale as real estate.

We are not concerned with entitlements .We are concerned with the change in the use of this land. It is illegal to fill a lake and change its contours. But after filling up and creating a cluster of islands, one can claim that this land was not submerged. This is clever trick. There is a confusion of boundaries.

People fill up the water body overnight on the weekend. The police do not register a case saying it is a civil suit, citing no filling was done.

Why does the government not buy all these land parcels in order to preserve these lakes from destruction?

This is a good suggestion but the high price of land forces the government to shrug it off. Compensation would be an issue. But I think the priority should be conservation rather than compensation.