'Permaculture can feed the world'

A permaculturist who believes that hunger is more about distribution and quality of food than quantity and production, Malvikaa Solanki says it can end hunger and mitigate climate vagaries

Malvikaa Solanki, is the founder of Swayyam, a non-profit in Bandipur, Karnataka, which conducts workshops on permaculture and natural farming. A certified permaculture designer, she has been practicing permaculture on five acres of land for the past four years. At Swayyam, Solanki works with urban residents to help them grow their own food, compost kitchen waste and create awareness about their lifestyles.

In a interview with Down To Earth, she talks about the problems facing permaculture (“not lack of knowledge but the transition”), how it is not different from sustainable agriculture or organic farming (“it is a comeback of ancient systems with a deeper scientific understanding”), the damage by large scale commercial farming (“a system which works against nature is bound to fail”) and lastly, how much is lost (such as traditional knowledge and seeds) but still can be retrieved.

Q. Can permaculture feed the world? Is there data to support this?

A. Without a doubt, yes. Hunger has as much to do with quality of food as the quantity. Today, the nutritive value is highly compromised in food. The issue again is not production, but distribution of food. We have examples of such humungous wastages of food (saving 1/4th of the food wasted or lost can feed 870 million people globally). Soil salinity, due to intense chemical use, demands at least four times more water. Chemical runoffs destroy not just marine ecosystems but life forms in the soil, which make soil sterile. In permaculture, the whole is greater than the sum of its parts.

Apart from food security, permaculture also ensures diversity, seed security, nurtures ecosystem and more importantly healthy communities. In the lieu of climate change and erratic weather patterns, we need diverse ways of working with and understanding our food systems and permaculture provides us those ways.

The monopoly of large scale commercial farming is clearly a failure. A system that works against nature is bound to fail.

Q. How is permaculture different from integrated farming and sustainable agriculture?

A. There is no real difference between permaculture, integrated farming or sustainable agriculture. Permaculture is all of these and much more. It is a comprehensive ecosystem design that works by mimicking nature. Integrated farming integrates tree systems (forestry, timber, fruit orchards, fodder, fuel wood, fibre etc) and animal systems (fishery, piggery, dairy, poultry) with field crops. Sustainable agriculture is a system of integrated farming to produce according to needs while protecting and nurturing the ecosystem. These practices, which were the convention until the Green Revolution, bound the villages and build healthy societies with interdependencies and inter-linkages that benefited all.

Permaculture goes beyond methods and techniques to include whole ecosystems that are ecologically and economically viable, and are sustainable in the long term. Permaculture is a coming back of these ancient systems with a deeper and a scientific understanding of how these practices work. 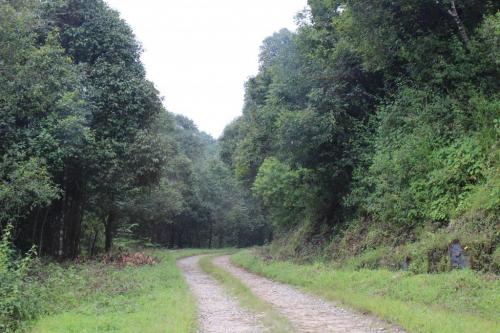 Q. Can you elaborate on case studies on how small farmers can be benefited by adapting to permaculture and whether they are getting profits.

A. Communities in and around Hyderabad where Deccan Development Society and Narsanna Koppula of Aranya Agriculture Alternatives have been working actively for the past three decades are great examples of small and marginal women farmers who have been successful in mitigating the vagaries of climate change and erratic rain patterns using permaculture principles. They followed systems of polyculture, integrated farming that includes animal systems, incorporating crop residues back into the soil, composting, seed saving and community cooperation.

I also saw communities in Zimbabwe, under the Chikukwa project and Poret, have been working with small farmers using permaculture and reversed much of poverty, hunger, malnutrition and unite communities with community owned seed banks and cooperative sharing of labour and resources. Many such efforts will create the needed ripple effect, finally become the tipping point of a global change.

Q. Have your efforts in implementing permaculture brought any changes in the neighbouring regions?

A. Yes. It’s been four years since I’ve been living and working on the land. What was a washed off, sub soil exposed, overgrazed and denuded piece of land, today has become a living oasis of diverse species of trees (fodder, timber, forest, fibre), grasses, fruit trees (local and drought tolerant), bushes, innumerable voluntary forest species and bushes, wild weeds, reptiles, insects, birds and locally grown food. We now find hundreds of earthworms on the land, which speaks for itself. The water harvesting systems have worked their magic of preventing runoff and erosion while holding nutrients and increasing moisture in this recurring drought prone region. About 50 per cent of what we eat now – grains, oilseeds, spices, pulses and lentils, vegetables and fruits are grown here.

We barter some of our surplus with our neighbours produce for what we haven’t grown. We’ve begun to save our own seeds, which have been accumulating the nature’s intellect of the local soil, climate and resources. We’ve begun to share seeds of millets, lentils and vegetables that are not easily available in the village. The villagers who were sceptical in the beginning have now started to take note of the changes. We built our house with adobes made with the soil from the nearby lake. Thus, we could desilt the lake, while increasing the water holding capacity leading to recharging the open well, which, a decade ago was the only drinking water source in the village. Neighbouring farmers now come to us for small ailments that can be solved by simple home remedies. They take saplings of fruit trees and medicinal plants from our nursery. We regularly take their help harvesting and sowing and they admire how our yields have been so much fuller, tastier than the rest, despite not adding any chemical fertilisers. Our regular and informal conversations on indiscriminate use of chemical in the form of fertilisers, fungicides, and insecticides and its effects on human and soil health has generated positive responses. Our neighbours grow chemical free vegetables on our land now and we share the labour and produce. There is more to come and more to change.

Q. Are there any problems in practising permaculture, such as lack of traditional knowledge and seed diversity?

A. Certainly, there are several hurdles to bring this change. We have already lost a lot indeed, but it is still not late. The difficulty today for small marginal farmers is not the lack of knowledge but in the transition. It is in the ways to find native seeds, manage the required labour considering prolific nuclear families, migration of the young to cities. Small land holdings, the lack of a support system and demonstration and living examples of farms practicing permaculture are other problems. We have lost out on a lot of seed diversity and traditional wisdom of farming and seed saving, but we still have access to this knowledge from our village elders. We lose this chance or lose this generation of elders and lose it forever. We also face difficulty with the corporatisation of agriculture (read monocultures) and no monoculture can be possible without destroying nature.

As a lead up to the 13th International Permaculture Convergence (IPC), Down To Earth presents a series of articles on permaculture in India. Organised by Aranya Agricultural Alternatives, the IPC will be held from 25th November 2017.