One year since the Maharashtra farmer protests, Down To Earth speaks to Raghunath Dada Patil on the deepening crisis 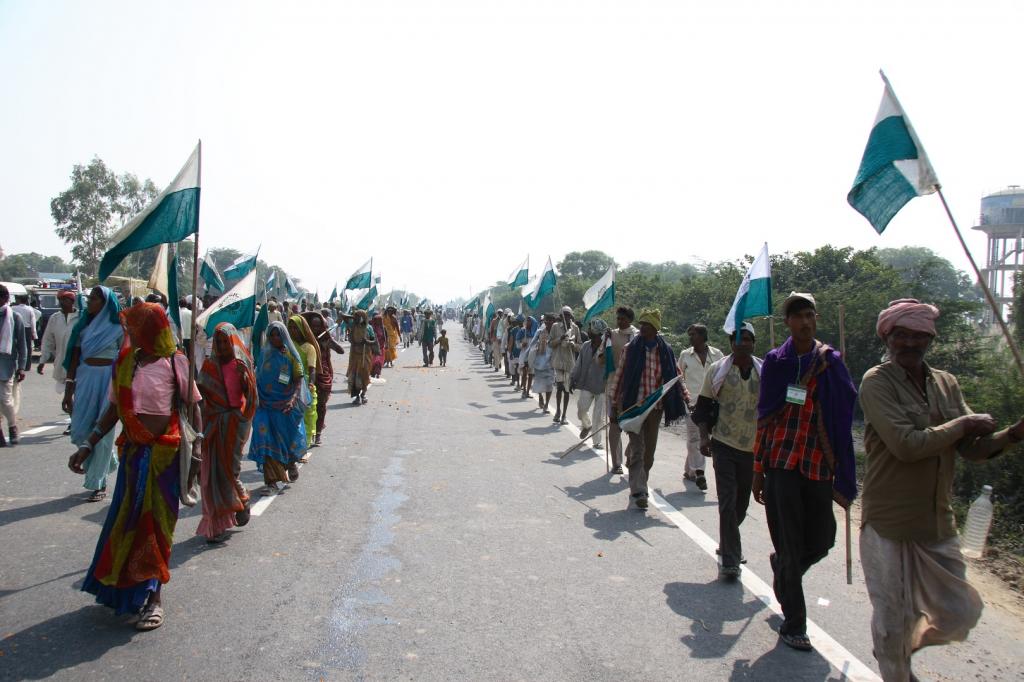 Raghunath Dada Patil, a Maharashtra-based farmer leader and national president of ‘Shetkari Sanghthan’, talks to Down To Earth on the one-year anniversary of Maharashtra farmer protests long march from Nasik to Mumbai. Former member of the NITI Ayog expert committee on agriculture, he speaks on the under-value farm loans and the recent cases against farmers in Punjab for defaulting on loans

Farmer protests in Maharashtra are highest among all Indian states. It’s the government policies which push the farmers into a debt trap and consequently to commit suicide. The number of farmer suicides have increased during the Narendra Modi government.

The loan waiving scheme turned out to be another phase of harassment for farmers as it did not help them. As per the scheme, one needs to pay back the debt already undertaken minus Rs 1.5 lakh. If a farmer has of debt Rs 5 lakh, as per government scheme, one farmer needs to pay back debt of Rs 3.5 lakh to the bank to settle complete debt.

After three years of BJP rule in Maharashtra, the state government came out with a loan waiving scheme of Rs 1.5 lakh per farmer. This scheme was like a one-time settlement of debt to avail waiver of Rs 1.5 lakh.

If I had Rs 3 lakh why would I be living like this? We don’t have that amount of money, so we don’t get the Rs 1.5 lakh waiver. Another problem is that those who have got their loan waived once won’t get the waiver for the second time.

We asked for loan waivers as we didn’t get the right price for our produce. Now, they have declared it in their election manifesto that if they get elected again, they will give 50 per cent profit on cost of production.

Narendra Modi started his tenure as Prime Minister with this issue, yet the issue is not solved. If he had solved this issue, it would not be an issue in this election again.

The other declaration of providing Rs 2,000 income support to farmers won’t help them either. In a five-member family, what will a person do with just Rs 2,000? I spend Rs 2,000 on just a tractor… It won’t give us any relief.

With the animal slaughter ban, animal rearing became difficult; we can’t even sell the animal later.

There should be a permanent solution, there’s no proper water and electricity supply still people are ready to do handwork. But we still don’t get the real price for our produce.

Till the 1960s, when I was a kid, the population was 40 crores, and agricultural produce was imported from from Australia, Canada, USA, Russia etc. Wheat and rice were the main produce. Back then, we did not have the capacity to feed the population, so we imported from outside.

Today the population is 130 crores, but we produce enough to feed the entire population. There is no scarcity of food, rather the production is so high that there is no place to preserve the surplus.

Who produces this? Tata or Birla? No. Farmers are producing that amount of food, we made the country self-sufficient, but all we got was poison. The government is doing all this because they want us to leave our villages, become cheap labour for the corporate sector, cheap domestic helps for their homes.

Tenant farmers are always at the receiving end. They do not get any benefit of any scheme like loan waivers or income support. How do you think the problems of sharecroppers or tenant farmers can be solved?

It doesn’t matter, whether it is the tenant farmer or sharecroppers or labourers. They must pay rents, which is usually fixed. Don’t divide farmers on that basis and just give them their profit, they can manage it afterwards. Abolish the export ban, if they accepted a free economy, then why put a minimum export price on onion.

A long-term policy of transparency is needed. In sugar industry, C. Rangarajan-led committee suggested an end to the export ban, yet it is not implemented even after 10 years.

They don’t give us the real price. We have a demand that they give us 80 per cent loan on e-stamp duty and Ready Reckoner (a guide published annually by state governments, which determine the rate of properties in a particular area, on which stamp duty and registration charges are levied).

Q: In above context, don’t you think farmers may end up losing their land or are you indirectly saying that farmers should give up farming after taking value of land?

To collect stamp duty, they set the price of our land at Rs 5 lakh per acre based on cropping in 1 acre. If they us 80 per cent loan on the value of land, no one will have to commit suicide.

The current financial plans are not enough for farmers. If you give me Rs 2 lakh to build a well, but the actual price for constructing it is Rs 3 lakh, then the Rs 2 lakh didn’t really help.

Why will a farmer leave his land? Land price increase with time so he/she will not leave. Now with the system of Gunthewari (measuring land by Guntha as a unit), 40 Gunthe is equal to 1 acre; but it is banned to purchase land below 10 Gunthe. Now if I want to sell 2 Gunthe of land for some reason — marriage, medical emergency —I can’t sell that.

Q: How can farmers handle the pressure from banks in case of default?

See, because of this pressure, farmers commit suicide. There are three reports on this — first by Sharad Joshi which said that there is no subsidy for farmers in this country but only negative subsidy.

Second report by the Tata Institute for Social Science has clearly stated that Krishi Lagat Aivam Mulya Aayog (1955) is responsible for farmer suicides. The price they give is too less. The third report, or the MS Swaminathan report, states that to stop farmer suicides they should be given 50 per cent of the production cost.

Despite these reports, the government has not adopted these recommendations. The export ban should end if onion price rises above Rs 30, otherwise they should put export ban on every crop so we can get a good market value.

The Essential Commodity Act (1955) should be abolished. An industrialist gets subsidy whenever he exports his production. That is the export incentive. But they ban the same in the case of farmers.

Q: What is the way out for farmers from this land crisis? What kind of protective or preventive measures should be taken?

Nothing more needed from the government if they can abolish the Acts that prevail since the British era. If we get good price for our production, we will pay our debts, nothing else is needed.

Q: Reports by Commission for Agricultural Costs and Prices (CACP) show farmers never get the minimum support price (MSP) for their produce. Don’t you think there should be a mechanism like to provide assured income like in the case of Telangana and Odisha?

Nobody gets the MSP that’s why farmers commit suicide. Yes, Rs 12,000 won’t help us. These schemes are only for two years, after that they won’t give us anything. Until we get the cost of production, these small things won’t help us. When farmers are given money, prices of other things go up, like petrol, diesel and seeds. The money flows out easily.