'We can contain the pest' 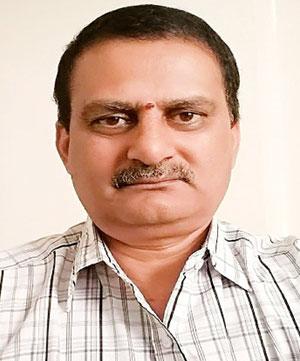 We visited Karnataka's Chikballapur district after several farmers complained of a pest attack. Initially, we thought the farms were attacked by True Armyworm, or Mythimna. We collected samples from the farms that were severely affected. The findings showed that the farms were infested with Fall Armyworm. Unlike True Armyworm, a Fall Armyworm (FAW) larva has an inverted Y-shaped marking on its head and four dark spots that form a square towards the end of its body. A fully formed true armyworm moth is straw coloured, while a FAW moth is darker. It is also more dangerous than true armyworm. Once the plant is infected by FAW, it cannot be saved, as the pest hatches its several generations in the plant's lifecycle. The worm also attacks several parts of the plant. The larvae scrape the surface of the leaves, making them papery. They also eat plant shoots. So, new leaves open up with big punctures on them.

India's temperature and atmospheric conditions are ideal for the spread of FAW. In fact, a single female moth can lay up to 1,500 eggs when the temperatures are between 15 and 30OC. It can also fly great distances, which aids its spread. We are currently collecting samples to conduct molecular analysis that will help us ascertain how it has entered the country. The analysis will also identify the exact strain of the pest. The initial assessment will take at least another two months and the complete analysis will take over a year. So far, the armyworm variety that eats rice has not been found in India.

We are recommending farmers to use Emamectin Benzoate (0.4 grams per litre of water) in places with severe infestation. Neem formulations can be used in places with mild infestation. India can control the pest through timely management practices as it has not reached Africa levels.