Professor at Germanys Potsdam Institute for Climate Impact Research, Anders Levermanns interests range from monsoon in India to glacier melt in Antarctica. He has contributed to the fourth assessment report of the Intergovernmental Panel on Climate Change released last year. He talks to Mario DSouza on the geopolitics of climate change 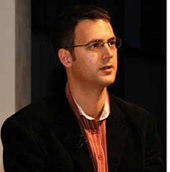 Climate change is for real
The indicators state the obvious. The global mean temperature is increasing, glaciers and sea ice in the Arctic are retreating and sea levels are rising.

Tipping point
Tipping point refers to a critical threshold, a point at which even a tiny change in a system can have large and long-term consequences. In case of climate, the change we see appears to occur at a slow and gradual pace on human time scales.But in some cases, human activities may induce an abrupt and irreversible change. Scientists have identified nine such elements that are sensitive or may tip in response to anthropogenic-induced climate changes. Of the nine, the Arctic sea-ice and Greenland Ice Sheet sub-systems have been identified as the two most sensitive tipping elements.

Not anthropogenic?
A molecule of carbon dioxide would be my counter argument to those who say climate change is not due to anthropogenic activities. We can calculate the molecules absorption spectra (amount of radiation absorbed by the molecule), which gives the greenhouse effect (when an atmospheric gas molecule like carbon dioxide absorbs radiation, it traps a part of the radiation, which leads to warming, called the greenhouse effect). So we dont need any assumptions here.

More evidence
There is feedback in the climate system which is fundamental. The water vapour feedback, for instance. It says for every degree of warming you will get an additional 7 per cent of water vapour, which is a very strong greenhouse gas. So its from such first principles that we know that carbon dioxide is going to increase the global temperature. Global warming is not climate behaviour over the past 100 years; it is something more fundamentalthe greenhouse effect of co2 molecule.

Intergovernmental Panel on Climate Changes (IPCCs) reports
Fewer full assessment reports by ipcc, the un body, are being considered. There is also talk of having more reports on specific issues such as acidification of the ocean and extreme weather events. But I may not be the best person to answer this because Im not in the inner circle of ipcc.

Need of the hour
We dont need to ask anymore if there is global warming. We now need to discuss the risks associated with the phenomenon. ipcc, I believe, is addressing this issue and there is a call for a risk assessment as opposed to the best guess assessment method it follows at present.

Germanys response to climate change
Germany has reduced carbon dioxide emissions with respect to the 1990 level by about 15 per cent. Discussions on mitigating global warming are also taking place in the country. Germany is also planning to increase collaboration with India on climate change research, with stress on science and the impact of global warming. This is very new and encouraging.

On global mitigation efforts
Germany and the European Union have targets for co2 reduction. We have an emission trading scheme in Europe, which in principle should allow, in my opinion, reduction targets to be achieved. But political will remains a grey area. We are at present negotiating an agreement for post 2012the year when the first phase of the Kyoto Protocol expires. No one knows what the outcome will be . Lets be optimistic.