Development economist JEAN DREZE, known for his work on issues such as hunger, famine, social and human development in India, child health and education is not particularly happy with the way the National Food Security Bill has turned out. Although the proposed law has changed dramatically from the time Dreze pushed it during his days at the National Advisory Council, he is campaigning actively for its passage. Currently, visiting professor at Allahabad University, Dreze tells Down To Earth why it is important. Excerpts: 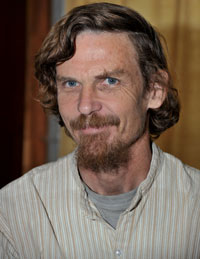 On the whole, are you happy with the Bill?
The bill is a fraction of what is required to eliminate hunger and undernutrition in India. You can denounce it as such, or applaud it as a step forward. My concern is not to denounce or applaud the bill, but to make the best of this opportunity.

How does it compare with the Chhattisgarh’s Food Security Act?
The Chhattisgarh Act goes much further, both in terms of coverage and in terms of entitlements. However, it is financed to a substantial extent by the Central government since it makes use of subsidised foodgrain provided by the Centre. It is not very difficult to add something to what the Central government provides and claim that you are going further. Having said this, there is much to learn from what Chhattisgarh has done to reform and expand the public distribution system (PDS).

How do you rate its PDS?
It is important to remember that Chhattisgarh’s food security programmes may not be working well at all in the southern region, where the ‘warfare state’ has displaced the welfare state. Nevertheless, Chhattisgarh’s achievements are impressive in so far as they happened in a state that used to be part of the BIMARU region (acronym for the backward belt of Bihar, Madhya Pradesh, Rajasthan and Uttar Pradesh) and where PDS was severely dysfunctional just a few years ago.

According to the targeted PDS list sent to states on July 26 by the Planning Commission, many states get less than the national average of 67 per cent with the urban and rural coverage varying widely. Are you all right with this?
I am in favour of a principle of fairness whereby the coverage of the PDS is higher in the poorer states. But, of course, I would not want any state to lose from the bill. As I understand it, the Central government proposes to continue existing allocations for any state that stands to lose otherwise. This provision, however, should be an explicit part of the bill, not just an informal understanding.

The list does not tally with the recent poverty estimates released by the Planning Commission.
It is a good thing that foodgrain allocations under the bill are delinked from official poverty estimates based on the Tendulkar poverty line. The Planning Commission’s figures for state-wise PDS coverage under the bill are effectively based, roughly speaking, on doubling the poverty line. If you see it that way, there is no inconsistency between poverty estimates and foodgrain allocations. Whether the two need to match at all is a different matter.

Is it fair that states like Tamil Nadu should foot the bill for additional coverage? It claims it needs to mobilise an additional Rs.3,000 crore to maintain its current PDS.
If the existing allocations are maintained for states like Tamil Nadu, as the Central government seems to be proposing, then the state will save huge amounts of money after the bill comes into effect. This is because it will pay much lower prices for foodgrain to the Centre. This money, along with resources that Tamil Nadu is already putting into food subsidies, can be used to ensure the continuation of the state’s exemplary PDS. It would be easier, of course, to exempt Tamil Nadu from the bill, as some Members of Parliament have proposed. I would not be opposed to that since Tamil Nadu is doing quite well on its own. Also, as I said, the proposed continuation of existing allocations for states that would lose otherwise should be an explicit part of the bill.

Why and how do you expect PDS to improve in other states because of the bill? All the recent experiences show that wide coverage, low issue prices and clear entitlements are of great help in ensuring the effectiveness of PDS. The main reason is that these features create a strong public demand for a wellfunctioning PDS. Along with that, of course, other PDS reforms are also required, such as de-privatisation of ration shops, doorstep delivery and computerisation of records. Many states are already working on that, and the bill is likely to consolidate this momentum. The biggest challenge is to confront vested interests, particularly in states like Bihar and Uttar Pradesh where PDS is under the control of corrupt middlemen and their political masters.