'Bollywood stars could act in the romances around nuclear contamination'

So says Brazilian environmental journalist Norbert Suchanek who is travelling with his film festival across the world. One of its kind, the Travelling International Uranium Film Festival will be inaugurated in New Delhi on January 4. Anupam Chakravartty caught up with Suchanek in New Delhi on the festival and his ideas on films as medium of message: 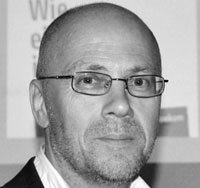 How did you come up with the idea for this festival?

The idea occurred to us in 2010. I live in Rio De Janeiro. The city will be the hub of energy of the future. It has been also called Latin America's capital of nuclear energy as Brazil National Commission for Energy is situated here. There are two nuclear power plants that power the city, while another one is under construction.

The city's coastline will also host a nuclear submarine manufactured with French and German collaboration. Rio has uranium mines. We found that use of uranium or other radioactive elements for our day-to-day life in the city is crucial to residents of the city. Therefore we invited entries from all across the world in 2010 from film makers to showcase their films on uranium or other radioactive elements. We organised the first festival in Rio De Janeiro on May 2011.

It appears that your festival is about anti-nuclear protests. How many films were a part of the first festival? 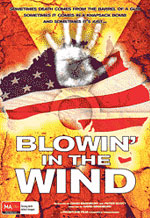 The first festival saw 3,000 school children participating from Rio. We decided that we would take it all the coastal cities of Brazil and then move to other countries. At this point, we decided to make this festival into a global one as we got very response from Rio. It has been to various cities in Brazil including Sao Paulo and to Lisbon in Portugal and Berlin. This is the first festival in Asia. We have been invited to Singapore and Tokyo.

You have a large number of entries from Uranium-rich states such as United States of America and Australia. Why did you decide to go to Lisbon?

The second task of this festival is to cross the language gap. We have found that there are several films on radioactive elements or activity in English but there were very few films in Portuguese, although Portugal happens to be one of the oldest producer of uranium in the world. The first uranium bomb was designed using uranium from Portuguese mines also.

Language is a very important factor to bring the discussion on nuclear or radioactive activity to the people. Portugal closed its last mine about 10 years ago, and the local population in the country is opposed to uranium mining.

How did you decide to come to India? Did any incident or protest trigger your visit to this part of the world?

I have been in touch with Sriprakash, an award winning Indian film maker, for a long time since we conceived this festival. We had decided earlier to bring this festival to India. Brazilian and Indian government are also working very closely with each other which also includes the field of nuclear energy. Therefore, we decided to that it is a good time to be in India.

What are your personal views about nuclear energy?

I worked as a chemical engineer, after which I worked as an environmental journalist and film maker. My experience in technical chemistry shows that radioactive elements could be extremely dangerous. In the past, several accidents have occurred from nuclear wastes which we cannot control. However, the nuclear wastes is also about radioactivity.

Even the wastes generated from Radio Therapy Units of the hospital are radioactive. Caesium 137, used as medicine for cancer treatment, was made out nuclear wastes from weapons manufacturing. Therefore, the discussion about nuclear energy or radioactivity should not be stuck in the higher level of politics. It has a far greater impact and questions like 'Do we want to take a large risk?' should be available to everyone.

Why did you chose a film festival to discuss issues related to nuclear and radioactive materials?

Films are the best and the most common medium to open the discussion to the people. I would love to have Bollywood stars acting in a film related to radioactive contamination or a romance centred around a chemical engineer facing the risks of a nuclear disaster.