Peter Littlewood is the associate laboratory director for physical sciences and engineering at the Argonne National Laboratory in the USA. He talks to Vibha Varshney on the sidelines of the Indian Science Congress about the vast potential of new materials being developed around the world 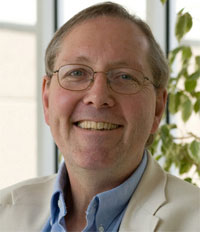 Why is there a need for new materials?

The challenges of building a sustainable economy require us to have efficient means of renewable generation, transmission, storage, and use of energy. Most of these require breakthroughs in materials science. This includes efficient solar photovoltaics, or methods of converting solar energy directly to fuel—materials that are cheap and abundant, and can be manufactured into devices whose areas are measured in square kilometres. We need newer materials for electrical storage in batteries that are lighter in weight and higher in energy density. We need lower loss means of transmission of electricity over long distances, perhaps using superconducting cables. We need efficient refrigeration, perhaps using new thermoelectric compounds. And we need efficient lighting, which does not waste energy. To this one might add better membranes for water purification and desalination, more efficient and lightweight electrical motors, as well. All of these are technologies that exploit the properties of advanced materials, and many new potential materials are being discovered all the time.

Please give some examples of the materials that are being developed. Who is at the forefront of material science research?

The challenges in these areas vary inversely with the scale on which the technologies will need to be deployed. The use of energy is generally "point source”—people, computers, factories—and so these are easier because the physical size is smaller. Modern light emitting diodes are now approaching 100 per cent efficiency, and a cost and lifetime which is close to making them competitive economically with incandescent lighting systems. But at the other end of the scale, battery and photovoltaic technology is very far from where we need to be in terms of cost and performance, partly because these will need eventually to be deployed on an enormous scale. For example, each person in India is responsible, on average, for a power consumption of about 1 kW.

With current technology, that's about 20 square metres of solar panel (for every person in India), and of course because it's not sunny all the time, to balance that load over 12 hours will require about 40 kilograms of laptop batteries. In a country like the US, where the consumption per person is ten times higher, its even harder. Now of course, if we can get the cost down, we can introduce these technologies slowly: for a village in India that is not on the grid, photovoltaics, electrical storage, lighting and refrigeration are a magic combination that brings everything from food storage to education and medicine. We won't begin by powering factories with solar power.

Research on this is going on worldwide, but while there is a lot of work doing early exploration of new materials, there is not enough happening in the follow-up exploitation and early stage scale up. India has a very strong tradition in fundamental materials science and solid state chemistry and is a strong part of the international community—of course in basic science we all work closely together and share our results. But there is a gap to industry—early stage solar ventures are mostly using last generation technology that will not be easy to scale to the volumes we need, and there is such a wide variety of potential avenues to pursue, with uncertain outcomes that are too early to engage industry investment.

That is why the Department of Energy in the USA has been sponsoring substantial partnerships in these areas: and one of the most recent is the Joint Center for Energy Storage Research, led by Argonne National Lab, bringing together five national labs, five universities, and four private companies to aim toward revolutionary changes in battery performance.

When will these materials become available?

I'm confident that within a century we will have solved these problems, and will have a widely distributed range of low cost and efficient technologies to provide clean power to a green world. But I'm worried that a century is not soon enough, given the challenges we face.