Bt brinjal has no history of safe use

Jack A. Heinemann, professor of molecular biology and genetics at the University of Canterbury, New Zealand, has expertise in genetic engineering, bacterial genetics and biosafety. As director of the University’s Centre for Integrated Research in Biosafety (INBI) since 2001, has contributed in no small measure to a better understanding and management of emerging biotechnologies. INBI, says the academic, has special responsibility for developing tools that improve safety assessments of genetically modified organisms. These tools are aimed at helping government regulators and scientists with other specialities to access the best available and latest research and apply it to hazard identification. In an interview to Latha Jishnu, Heinemann explains why he was taken aback by the way Mahyco’s Bt brinjal data was assessed by the GEAC, the regulator, and its experts committees. 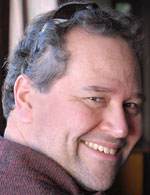 What, according to you, are the most serious of the shortcomings/misrepresentations in the developer’s data?

I can’t answer this question for all dossiers. At best I could answer it only for those I’ve seen. If you mean the Bt brinjal data, I don’t know where to begin. I think the most disappointing aspect of that dossier was that every experiment I personally reviewed seemed to have some significant flaw, or was only half finished, leaving effectively nothing to support the conclusions of safety. It had the semblance of authority, but lacked the substance.

Were you taken aback by the findings of your evaluation? Did you expect better monitoring by the Indian regulator and the expert bodies appointed by it given the agriculture profile of the country where farming is essentially a livelihoods issue rather than a commercial proposition?

Yes, I expected more attentiveness to the details, and for the regulator to exercise a greater distance from the data. At the very least, I would have expected the regulator to ask for clarification and data wherever the claims being made were based on assumption and reasoning rather than data.

You say that “the developer reports that a leucine residue at position 766 has been replaced by a serine residue in planta”. What does this mean and what are the consequences?

This means that the gene used in the plant is different from the gene in nature. It is different in several ways and this is just one of those ways. While this one particular amino acid change might sound insignificant, serine is very different from leucine. For example, plant cells often link arrays of sugar molecules to serine residues and these arrays can be structurally variable, affecting many different properties. In particular, the kinds of properties we would be concerned with are those that might affect the immune response of people or wildlife. These structural changes can also interfere with detection of the product after it enters the food chain. Lack of traceability reduces consumer choice and makes it more difficult to recall a product if it is later found to be unsafe.

Again, I quote from the report: “What appear to be small differences can be physiologically and immunogenically important. The change from leucine to serine at position 766 is of interest to the biosafety investigator because only the latter can be O-linked glycosylated by the addition of N-acetylgalactosamine through a side chain hydroxyl group (Mitra et al., 2006).”  How serious are the implications?

We don’t know. No one can say without proper testing. That is the purpose of pre-market risk assessment, to identify molecular changes which might cause adverse effects. Once they are identified, then they can be evaluated through testing. Since developers keep complete control of these products, it would not even be possible for independent scientists such as those in INBI to even attempt testing. Only the regulator can insist on that testing.

You say: “Taken together, PV-LEBK04 has at least 10 different DNA elements that have been taken from different species, including soybeans, viruses, plasmids isolated from different species of bacteria, and many of which have also been extensively and separately subject to in vitro modification after being taken from their natural sources.” What does this mean for a consumer?

What it means is that in many different ways the Bt brinjal has no history of safe use. It is exceedingly unlikely that this diverse combination of genetic elements has come together in nature much less in plants that potentially could be the source of a significant amount of food someone eats. Thus, by international consensus and agreement, the Bt brinjal should benefit from credible safety testing.

Does this poor regulation stem from lack of expertise with the monitoring bodies? For instance, this inability to understand the finer points of a vector/plasmid map. In a case of research fraud in Bt cotton, scientists of public research laboratories passed off a genome sequence as their original DNA construct. The vector map went unchallenged.

Is there a readiness on the part of regulators, specially in the US and Europe, to accept the developer’s data unquestioningly?

In my opinion, some regulators I have worked with seem to be less critical of the data from industry than I experience when I try to publish a scientific paper which has almost no impact on public health or the environment. This strikes me as strange. Not that the standard of review shouldn’t be high for academic research. What is strange is that it does not appear to be as high on a regular and uniform basis for research used by regulators. Most importantly, the requirement that the work and materials be available for independent replication of the results is blocked by proprietary secrecy. Really sound science can be, and is, regularly replicated by other scientists with no strings attached.

Other independent scientists have also pointed out huge shortcomings in the developer’s data and in the evaluation by the ECs. Yet, our regulators have done little to rectify the position. How can INBI help in such a situation?

INBI’s founding mission is to assist civil society and the public to find answers to questions raised by biotechnology. We particularly work with those who have limited or no access to research grants or private funding, essentially those who would be asked to live with any adverse consequences of a biotechnology but not receive the financial benefits. With our limited resources, this is how we try to help. We have no power of compulsion. We can only make the case to the public or to the political decision-makers who, if they agree, can then change policy or legislation to effect better review.

Has INBI been instrumental in strengthening biosafety regulation elsewhere?

INBI’s work on a variety of corn called LY038 was used by many governments around the world. In the end, the product was pulled from pre-commercial development because some of these governments insisted that the developer answer some of the outstanding safety questions we raised. See  Europe balks at GE corn in NZ and Authority ignored corn risk - expert

INBI has participated in the development of international biosafety guidance documents under the Cartagena Protocol on Biosafety and made submissions to Codex Alimentarius. We have directly worked with training of officials, such as in Solomon Islands. With our partners Third World Network and GenOK-Centre for Biosafety in Norway, we conduct biosafety courses for regulators, civil society leaders, scientists, industry, journalists and decision-makers from developing countries. Through this activity we reach 50 people a year. INBI was also the major partner in production of the Biosafety Assessment Tool, a free to the public risk assessment mentoring website - The Biosafety Assessment Tool

Would you agree with the perception that the large majority of scientists are determined to gloss over the biosafety aspects of transgenic crops because they believe it is the magic bullet for all the problems of agriculture?

I could not possibly say what other scientists think. However, I find convincing the sociological research that shows that independent science is under threat from a network of public-private funding systems and the entrepreneurial aspirations of public universities and government departments. All too often these aspirations also lead to contractual obligations between public institutions and the companies, creating conflicts of interest. I review and discuss this research in my book, Hope not Hype: The Future of Agriculture Guided by the International Assessment on Agricultural Knowledge, Science and Technology for Development. It can be downloaded free at http://bch.cbd.int/database/record.shtml?documentid=100891

How does INBI manage to provide such a service without charging any fees?

We work weekends and evenings!  All those working in INBI do so because we believe in the mission. We are public researchers working in a good public university and allied with other like-minded researchers in similar situations. While this work does not pay the bills, it does build our own competence and helps to focus us on the science that is important. The work has attracted some of the best students I’ve ever had, because they want to make a difference, not just make money. We benefit too. Not directly, but because we think it makes our other work better. So far, our employers agree!