Is there a link between monsoon rains and earthquakes in the Himalayas? Roland Burgmann, professor at Department of Earth and Planetary Science, University of California, Berkeley, answers the query in an email interview with Anupam Chakravartty 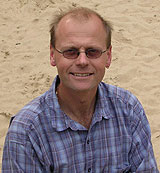 An article in the American magazine, Newsweek, says rains may be triggering earthquakes in the Himalayan region by adding to the pressure on the grinding plates.  But for the past few years, monsoon rains have not been regular in the Indian subcontinent, although South Asia did witness extreme rainfall events in isolated places across the Himalayan foothills and even in the plateaus in south India. Do you think these isolated extreme rainfall events might be triggering earthquakes? Can you point to any study or research done in this regard?

No, isolated rainfall events will not trigger earthquakes. There is no physical mechanism we know of for that to happen. But there are recent published results that show that the small stress changes due to substantial changes in surface water loads in the Ganges basin can subtly modulate the occurrence of small earthquakes along the Himalayas. That is, there is, on average, about half a metre of water across the Ganges plain that gets added and taken away each season. Bettinelli and colleagues showed that there are slightly more small seismic events during the winter period, when water levels are low. If you look at the bottom graphic in Figure 3 and Figure 4 (showing the water load changes) and the schematic in Figure 5, you can get a sense of what this involves.

However, these stress changes are very small and we cannot easily relate them to any particular earthquake. While they might suffice to have an earthquake occur a few months earlier than they would have otherwise, I do not believe they could change earthquake hazard substantially. I do not agree at all with the headline or tenor of the article that the Nepal earthquake may have been caused by recent climate changes.

Many seismologists studying the Himalayas, whom DTE spoke to, have not been found any link between Indian monsoon and earthquakes in general, and the seismic event in Nepal, in particular. As an environmental organization, we do not hear too many voices bringing these issues to the forefront. Is there any reason why there are (if any) two different schools of thought in understanding earthquakes in general and the event in Nepal?

The link between earthquakes and monsoon-related stress changes is quite modest but the physics underlying this apparent connection seems straight forward.  I find the careful analysis of Betinelli et al and related work convincing. However, this does not suggest that climate and weather are important factors in earthquake occurrence or hazard, or the occurrence of the recent great earthquake in Nepal.