‘It is not just a nuclear risk, but a climate risk’

Jan Haverkamp, a nuclear expert of Greenpeace (Central and Eastern Europe), spoke to Down To Earth on about Akademik Lomonosov — the first floating nuclear power station — in Russia 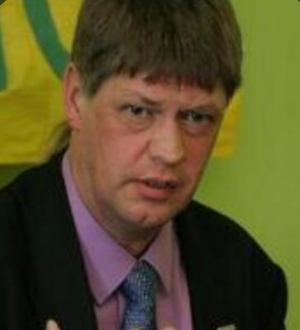 Russia has launched its maiden floating nuclear reactor called Akademik Lomonosov, which will be towed over 5,000 km with three tug vessels to its Arctic port of Pevek by late September.

The Akademik Lomonosov, which will sail at a speed of 7-9 kmph in good weather will provide heat and energy to over 10,000 homes and support mining and drilling operations in Russia’s mineral-rich Chukotka region.

It is the first among a fleet of a dozen floating nuclear power stations to be used for fossil fuel exploration and exploitation in the Arctic.

The country has claimed that the floating reactor will retire an ageing nuclear plant and a coal-burning power station and provide clean energy. But, environmental groups across the globe have raised concerns. Jan Haverkamp, a nuclear expert of Greenpeace (Central and Eastern Europe), spoke to Down To Earth on how the project can spike nuclear as well as climate change risks.

How safe is Akademik Lomonosov?

Unlike nuclear submarines, the Akademik Lomonosov is a barge without own propulsion, meaning it can only float (or sink) and not dive. It means that if the mooring is broken, the barge is steerless, adding considerably to the risk when compared to a submarine or an ice-breaker.

It can also not dive away from an iceberg or avoid sea-ice by going deep. For its operations, it will be partially dependent on a coastal electricity link, which will also be used for electricity intake in times of trouble. The cable is lot more vulnerable than that of an on-land reactor.

Accidents with naval reactors have happened in the past. In 1970, an uncontrolled start-up of the reactor of the nuclear submarine K-320, at the Krasnoye Sormovo wharf in Nizhny Novgorod, Russia, caused the release of larger amounts of radioactivity. It led to 12 casualties and hundreds of people getting exposed to above-limit radiation doses.

An accident during fuel loading of the reactor of a nuclear submarine in Chazma Bay, in 1985, irradiated 290 workers leading to 10 casualties and 49 injured.

The radioactive content of the two reactors on board of the Akademik Lomonosov is around 25 times smaller than that of the Chernobyl nuclear power station, but is still considerable. A severe accident with bypass of the containment could cause substantial contamination kilometres downwind.

The Akademik Lomonosov is a new step in the nuclearisation of the Arctic. The first was the introduction of nuclear submarines, followed by nuclear weapons, nuclear marine vessels, a few nuclear merchant ships and nuclear ice-breakers and the Bilibino nuclear power station, which is to be closed down soon.

Akademik Lomonosov is the first of a fleet of a dozen floating nuclear power stations that are to power ports to enable transport through the Northern Sea Route, and substantially increase fossil fuel exploration and exploitation in the Arctic. So it is not only about increasing nuclear risk, but also increasing climate change risks.

Russia plans to sell the technology to other countries including Sudan. Why are countries so interested in this technology?

The interest is much lower than what Rosatom (Russia’s state nuclear corporation) wants us to believe. Indonesia and Cabo Verde have already denied interest. I think Sudan, which was a military dictatorship a few months ago, is an exception.

Rosatom is making tall promises to sell the technology, which is unlikely to be fulfilled. It has promised financing, cheap or competitive electricity and waste management with little historical experience to back it up.

What has Russia benefitted from the project?

The Akademik Lomonosov is a symbol of the power-struggle between the old nuclear dinosaurs gathered in Rosatom and the upcoming and already much larger global clean renewable industry.

The Akademik Lomonosov is extremely expensive, certainly in comparison with viable renewable alternatives for Chukotka. Now nuclear power is being used to exploit more gas, oil and coal. Rosatom is a bad energy advisor for Russia and for foreign partners.