Forest fires: Have we reached a tipping point 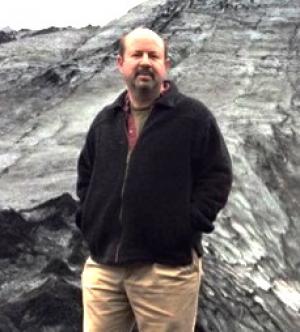 Forest fires have always been a part of Earth’s natural cycle. But the recent spurt — wildfires have affected the United States, Canada, Latin America, Europe in the last year and is wreaking havoc in Australia — is anything but natural.

The ongoing months-long bushfire disaster in Australia, particularly in Victoria and New South Wales (NSW) provinces, is unprecedented and with no end in sight. Since the fires started in September 2019, more than 25 people have died along with hundreds of thousands of animals. Several species have been endangered.

Nearly 15 million acres of land has been burnt and hundreds of properties damaged; the sky has turned red and is filled with smoke. The first responders are struggling to deal with the aftermath. Smoke from the fire has affected the air quality in New Zealand, some 2,000 kilometres away.

Since 2017, large parts of Australia have been in the grips of an unprecedented drought, which dried up landscapes and caused severe water shortage in many regions. With rising temperature around the globe, Australia also faced remarkable changes. Last year was both the hottest and driest year on record for the country.

According to the Bureau of Meteorology (@BOM_au), 2019 was both the hottest and driest year ever measured in Australia.

Under these conditions, it is not at all surprising that extreme wildfires have been running out of control. pic.twitter.com/OI8ApduKcu

With dried up, dead plants and trees acting as fodder and high temperatures providing continuous heat, the conditions were perfect to sustain the fire.

Droughts and high temperatures leading to fires are not new; climate change has amplified the likelihood of such conditions manifold. It is the main reason why what might have been a short-lived natural disturbance, turned out to be a fast-moving multiple months-long fire disaster.

Down To Earth talked with American climate scientist Michael E Mann, distinguished professor of atmospheric science at Penn State University, who is currently in NSW, about the ongoing bushfires and their connection with climate change. Edited excerpts:

Michael Mann: Ignition can be provided by any number of sources. In the case of the current bushfires in NSW, most have been set by lightning strikes.

But, the ignition isn’t really the relevant factor here. What makes the current brushfires so extreme — in their intensity and extent and their rate of spread is a combination of unprecedented heat and drought.

Do we have scientific data that shows that forest fires are increasing in frequency and intensity in recent decades globally?

We tend to look at these things at regional scales rather than aggregating globally, because an increase is expected in subtropical and extra-tropical regions in particular.

A global study published in Nature Communications in 2015 shows significant long term increasing trends in the length of fire seasons and frequency of long fire weather seasons from 1979 to 2013. I suspect regions like south-eastern Australia show a considerably greater increase now.

In western US, for instance, there has been a five-fold increase in the area extent of wildfires during the past few decades. The top five wildfires in California, in terms of area, have all occurred in the last two decades, in a record stretching all the way back to 1930.

Forest fires release large amounts of CO2 from the burning of plants, trees, etc. So, forest fires are not only caused by climate change, they also contributing to it. How big is this CO2 contribution?

One estimate suggests that around 250 million tonnes of CO2 has been released into the atmosphere by the Australian bushfires during the past couple of months. That is equal to half the country’s total annual carbon emissions (from energy, transport, etc), so this is a non-trivial source of carbon.

What can we expect in the future in terms of the frequency and intensity of forest fires due to climate change? Do you expect a linear or exponential change?

There is some evidence of a ‘tipping point’-like response. In semi-arid regions such as California (US) and Australia, we reach a certain point where conditions become hot and dry enough for an exponential increase in the extent, magnitude, and rate of spread of wildfires and bushfires. We may be seeing this now in the record wildfire seasons in Australia and California.