The Centre of Excellence for Sustainable Development Works, set up jointly by the Confederation of Indian Industries and ITC Limited, helps industries frame corporate governance policies, keeping in the mind the triple bottom line—people, planet and profit. Seema Arora, director of the centre, which recently organised a sustainability summit in Delhi, speaks to Anupam Chakravartty on the industry road map for achieving sustainability goals 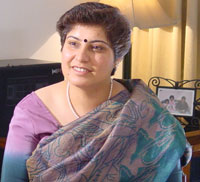 What is the industry’s perception of sustainable development?

It’s been more than 25 years since the report of the Brundtland Commission, also known as the World Commission on Environment and Development, was released. But it is still very difficult for the industry to understand what sustainable development is.

Industries often ask how they can implement it and what it means for a business. We have held discussions with the industries to understand this definition. If we are to be considered as a centre of excellence, we need to have a clearer definition of the term. This is the reason why we want to mainstream the idea of sustainable development with growth.

There can be no growth unless it is sustainable. As a centre of excellence, we work with industries so that all the imperatives related to sustainable development, including electricity, water, social issues, resources and inclusivity, is scrutinised through the business lens.

Most of our portfolio services are geared to help businesses build capacity. These services help businesses see their own point of view in the context of the larger picture. Businesses cannot work in isolation, and even if they think they can take decisions in the board rooms, they have to realise that it is not working out.

But many well-known industries which are promoting sustainable development have been found flouting environmental laws while developing their own businesses. Your comments

In most cases, the voices of the stakeholders are not considered. When I say considered, I know it is not possible to respond to every stakeholder. But the main thing is that the industry probably is not doing enough to understand the need of the stakeholders. We might be organising public hearings, but we do not have the process to incorporate stakeholders' concerns in our decision making. There seems to be some kind of disconnect. Therefore, there is a lack of trust.

Even large companies and well-known companies, which have done very good things in the past and still continue to do so, have to realise that the world has changed, while their processes remain rigid. Now you have the social media, Internet and information explosion. You may be doing something in a remote place, somebody else from some other location would come to know and form an opinion or a community of opinions around the issue, which impacts the trust you create. Companies are not geared to face this change.

Many companies still say they will build a school or a hospital, or form self help groups. Maybe that is an old thing to do now even if it is required. This is what we tell industries: maybe we have to stop looking at a community as group of people who are to be given dole; they have to be looked at as partners, co-creators and a part of the value chain.

Can the industry reach a consensus over transforming itself?

The role of our Centre is to assume the responsibility of a thought and action leader.

We build training programmes, tools and framework and roll these out for the industry. We do not make any mandate for them. We want the industry to see the value in these steps. It is a responsibility to make that change and tell industry this has a value.

It is a tough journey. There are instances when we work with the government and say these things need to be mandated. For example, on the National Voluntary Guidelines on Social, Environmental and Economical Responsibilities of Business (brought out in July 2011), CII has been a part of that guideline-charting committee. Although the government has thought of some input based parameters (for CSR activities) of up to two per cent (of the investment for any industry), which we do not support, because we do not think it will create value. Input-based parameters are very limited. You can just call for a conference and call it Corporate Social Responsibility (CSR).

It is the impact base (of these CSR activities) we are worried about. Therefore, we worked with the government and said make disclosures mandatory. (Disclosure is the practice of measuring, reporting, and being accountable to internal and external stakeholders so as to provide a balanced and reasonable representation of performance, says the National Voluntary Guidelines on Socio-Economic and Environmental Responsibilities of Business brought out by the Ministry of Corporate Affairs). When we say make disclosures mandatory, we hope that a lot of companies will do so. We will be able to tell them that the disclosure is not just about producing a nice public relations document, it is about institutionalising how a company is going to make a difference. We work in the back room to create that difference, and then help them disclose this is what they have done.

Maybe it is also time to incentivise and penalise. Those are the things that we work on with the government to create an environment which will promote the companies trying to make the transition, so that there is a differentiation. The companies that do not want to change, despite understanding the value, have to be pushed.

Making fait accompli claims on projects without environmental clearances is a big problem. Are you discussing how such companies can be penalised?

The government has requested us to frame the Green Procurement Guidelines (green procurement generally refers to choice of products and services that would minimise adverse environmental impact). We have had extensive consultations with the standard-setting bodies, sectoral association and experts in four categories (IT equipment, cement, steel and electrical appliances). We have prepared a draft of the policy, which is being reviewed by an expert group of the Ministry of Environment and Forests and then the ministry will look at it. We believe the idea 'I will be buying from a company which is green', will create a huge market opportunity and bring in investments. I think this is more positive way of working to bring about the needed change.

Similarly, on the other policies such as disclosures, non-financial incentives have been proposed for companies which give disclosures. If the Ministry of Corporate Affairs says these are leading companies because they are making disclosures, and puts out the list of those 10-15 companies, the move will create queues of people willing to do the same. But we don’t want it only for show. We want this to be actually rigorous. Companies should work to get there.

We organise annual awards called sustainability excellence awards. For the past five years, the jury has not found a role model. I have questions from people who apply for these awards. 'If you don’t have a role model, then what is the point of such awards?' they ask. The answer is: the role model has to set high standards. Create such benchmarks that people aspire to get there. Also, create the market mechanism that rewards it. I think as a nation, we cannot afford to keep having these dialogues and then keep going back on our policy.

Industries have been opposing sharing mining profits up to 26 per cent under the proposed new mining Act. What is your reaction to this development?

We don’t really work on this as the mining committee of CII is meant to look at this. However, we have seen the proposed bill. The feedback from the industry is that sharing of the profit is not an issue. I am not getting into the numbers. How this profit is going to get used and to whom does it go is the concern that the industry is having. A transparent mechanism is required in this case.

The second concern is how much percentage. This has to be based on the kind of mineral a company mines. The profitability may not be the same for all minerals. Therefore, the percentage mining companies can give will be different. A company is there to make profit but actually may end up not making any profit. So the whole thing is not sustainable anyway. In principle, there is no issue in sharing the profits. The policy makers should look at profits of different sectors and different minerals; the quantum of profits needs to be discussed.