"Emissions targets a must for developing countries" 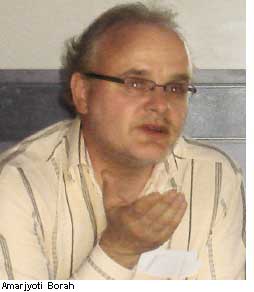 How does Germany plan to meet emissions targets after phasing out nuclear power plants?

Nuclear power is not clean energy. One, nuclear power plants are not carbon free. They emit 90-140 g of co2 for every kilowatt hour (g/kwh) of energy against 10 g/kwh of co2 of a wind farm. Two, the costs involved are high. Over and above these are safety issues. There is still no solution to the problem of nuclear waste disposal. I am amazed people are still discussing this dinosaur technology.

Let me add, climate protection is possible without nuclear technology.

What about Germany's renewable energy capacity?

How does this compare with India?

A comparison between India and Europe, or Germany, is not simple since the conditions are different. Europe has a large hydropower potential. I think India should clearly focus on solar power. Concentrated solar power could be competitive even today--when photovoltaic cells (solar cells) are expensive--in the desert and semi-desert areas of Rajasthan.

Estimates show that 90 per cent of humankind can benefit from concentrated solar power yielded from nine million hectares (ha) of deserts (2005 data). Photovoltaic cells can be installed on rooftops to provide energy to small settlements. India also has huge wind power potential. What it needs is an integrated strategy to reconcile clean energy production and sustainable development.

Any suggestions for post-Kyoto?

We need a clear roadmap towards the post-Kyoto process. We have to agree that the entire earth is a finite ecological space; using the atmosphere as a sink for ghg emissions has clear limitations. The only way out is sustainable and smart concept of living and development. Developing countries can do a lot with regard to new concepts of development via North-South cooperation.

Should emissions reduction targets be mandatory for developing countries?

We will not achieve climate protection goals without having on board large countries like China and India.

Which regions are vulnerable to global warming?

In climate research, we often talk about the 'tipping point'. But what I expect earlier is the 'social tipping point'. If climate change accelerates, we would have 'no-stay areas' in the future. These are areas where people cannot sustain their livelihood any longer. It is likely that the affected people will move elsewhere. But the environmental refugees could induce security problems and put additional stress on administrations. We are not yet prepared for such situations.

How will it affect developing nations?

Developing countries will suffer the most. Because most of them don't have the financial capacities to respond to climate change impacts.

Besides, climate change could change the environmental conditions so drastically that today's 'already marginal areas' could become 'no-stay areas' in the future.