Energy transition is now a must

Marie-Hélène Aubert, adviser to the French president for international negotiations on climate and environment, was recently in New Delhi to attend the Delhi Sustainable Development Summit. She was a member of the Green party from 1990 to 2008. In an interview with Arnab Pratim Dutta and Uthra Radhakrishnan she sheds light on France’s plans to reduce dependence on nuclear power and explore alternatives. Edited excerpts: 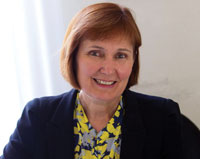 What do the people of France think of global warming?

France has temperate weather, so we are not as badly hit. But there have been big storms, and floods and droughts and sometimes both. There are a few scientists who are climate skeptics but do not have much support.

People know they will have to face the consequences of global warming. Changes are taking place. Species are moving north as the temperature is rising and farmers are trying new types of crops. I would not say that it has increased poverty in the country. We have insurance companies that try to repair damages, but the costs are increasing each year.

How is France looking at energy and climate change?

For now, we have decided to start a debate on energy transition. This is not just because of climate change; we import most of our oil and fuel. We have nuclear plants that produce 75 to 80 per cent of our electricity. A lot of them will soon reach the end of their life cycle. We have to think about what to do next. Do we shut them down or build new ones?

France plans to diversify, with nuclear energy accounting for 75 to 50 per cent by 2025. The government had announced closing of the oldest plant, Fessenheim station in the east of France. It has designated a special envoy to manage the plant’s dismantling. Besides this, we have already decided to increase energy efficiency, save energy and develop renewables like solar, land or offshore wind and biomass.

France will have to shut down 22 nuclear plants. What is the plan?

The life span of some will probably be extended by 10 years but only if the nuclear safety authority allows it. We are building a European pressurised reactor but huge cost overruns have delayed its development work. It will be complete by 2016.

The question is: do we extend the life of the plants and then reduce their number or opt for another technology? We are also trying to find places to bury nuclear waste. There are different issues involved here such as environmental risks and compensation to the local communities where the waste will be dumped. Besides, the nuclear power stations generate a number of jobs. It is not just about an ideological issue.

Nuclear has produced large amounts of energy for the country. But we also want to promote diversification. The debate is on. The energy transition will be done progressively and democratically.

So like the US, is shale gas an option for France?

Shale gas with the fracking technology is not an option, that is clear. Francois Hollande, the French president, and majority of the people are not in the favour of shale gas primarily because it is a fossil fuel and the water pollution caused by fracking. (Fracking is the process of creating fractures in shale rocks by injecting a mix of water, sand and chemicals at high pressure. This breaks up shale formations, releasing the gas trapped so it can be pumped to the surface.)

But there is pressure from industry to explore the option of shale gas. Its representatives cite the example of the US, which has become energy independent because of shale gas and now export. Before undertaking shale gas we need to take measures to improve energy efficiency and energy saving. It is clearly not an option at the moment, but there is pressure to open this to evaluate existing resources. A few days ago, the French Parliament started a mission to evaluate the alternatives to fracking.

We have resources, and we should have a debate about it, especially when we import oil and gas worth a billion dollars. We need to have consent over fracking and be careful of the technology. You are elected for five years, but if you need to make investment for a new energy policy it will be for 20, 30 or even 40 years.

What role will renewable sources play in France?

France produces 13 per cent of its energy from renewable sources (including hydraulics). As per the EU renewable energy goals we have to reach 20 per cent by 2020. We want to do even more. This is the first priority.

There was a talk about solar energy from the northern part of Africa through a project called Desertec. Personally, I think we should produce our own solar energy. If solar energy is being produced in northern Africa then it should be used mainly for Africans first. This is in regard to the 2015 deal. In Durban we agreed that we will come up with a deal by 2015 which will include all the countries.

What are France’s expectations of the deal? Does it see the world moving towards a legally binding agreement?

France will host the 2015 climate conference. We have started the organisation process from a logistical point of view. We know that climate change negotiations have slowed down because of the disagreements between countries, and some are reluctant to any binding commitments. Barack Obama used strong words after he took over his second term. He said global warming is a priority, and it is a good signal. He added that the US is ready with new technologies. For the US it is not just the climate issue, it is also a business and technology issue.

Emerging economies like India, China and Brazil refuse to separate development goals and growth from climate issues. We understand that for a country like India fighting against poverty, setting up infrastructure, providing access to energy to all, are the priority. But it is important to realise that the effects of global warming are being felt in India too. Brazil, meanwhile, developed renewable energy quite early; it has been producing ethanol from sugarcane. China’s is another situation: many people, big cities but little resources. China is showing more signs of opening up in terms of climate change now. It is also due to business and health reasons because more and more people are protesting against air pollution in big cities.

We will need to share our strategy with the EU to have a common position, while listening to India, China, Brazil and the rest of the developing and developed countries. We need to fix some common goals and obligations that everybody agrees to. We have to act quickly because the planet will be a difficult place to live on by 2040.

Nine countries, including France, have decided to start the financial transaction tax. What are the other methods of financing renewables and fighting global warming?

To manage transitions, we need huge investments. The international energy agency says that we need billions of dollars to make this transition. Where do we find that? Public funds will not be able to support all kinds of investments whether long term or short term. So we have to find public/private partnerships, and mobilise the private sector. But for the private sector to invest stable rules are required. It will invest only if there are rules on what we will do in the next 10 years about renewables.

Apart from this, we need to find some innovative finances like tax on maritime and bunker fuels to finance development and green funds. Financial transaction tax (FTT) or the Robin Hood tax is not the only instrument. We have not given up on the emission trading system including aviation. We may think about carbon tax. It is generating a lot of revenue in Sweden and Denmark and is being used to finance many sustainable projects.

There is a way to combine access to energy, energy efficiency and clean energy and fight against global warming. We all have the responsibility to find the way to a better future.