The Kerala government recently gave the go-ahead for the proposed 163-megawatt (MW) Athirappally Hydroelectric Project on the Chalakudy river in Thrissur district. MK Prasad, the architect of the movement that saved the ecologically vibrant Silent Valley in Palakkad district of Kerala, spoke to Down To Earth about the problems with Athirappally. Edited excerpts:

KA Shaji: As the architect of the Silent Valley Movement, do you think a similar mass movement is required to protect Athirappally and its fragile ecosystem from being submerged in the dam?

MK Prasad: The recent decision of the Kerala government to issue a no-objection certificate (NOC) to the Kerala State Electricity Board (KSEB), permitting it to obtain all statutory clearances for the Athirappally hydroelectric project has definitely created a situation similar to the one that existed in Silent Valley in the 1970s.

The sad part is that the government and political parties have not learnt any lessons from the after-effects of the environmental degradation that has occurred in Kerala since the days of the Silent Valley agitation. There is still a clamour in Kerala for hydroelectric projects, without bothering about their environmental and social costs.

Even the last two annual floods have not taught us any lessons. The Silent Valley movement was successful in protecting the biodiversity hotspot from complete destruction due to the construction of a dam project across the Kunthi river. 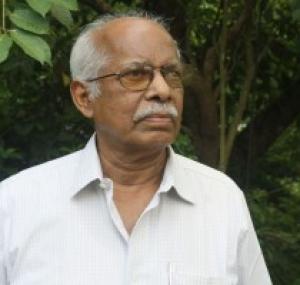 It also inspired many national green movements like the Narmada Bachao Andolan and the Anti-Tehri dam movement. But I am sad that it failed to evoke the desired environmental literacy in my home state of Kerala. The developmental agenda is not inclusive and devoid of the key elements of justice.

KAS: What issues are common to Silent Valley and Athirappally? Are there any differences or additional areas requiring more focus?

MKP: In Silent Valley, the issue was purely environmental. As the project was planned deep inside the forest, there was no question of human displacement. But in Athirappally, the issue is both environmental and social.

A number of families belonging to the Kadar tribal group are facing displacement here. The dam will also affect irrigation and tourism possibilities in the downstream parts of the Chalakudy river. Farmers and traders would also be affected.

The advantage here is that the Kadar community is leading the agitation along with ecologists. An Ooru Sabha (tribal council) of the Kadar tribe will be convened in the coming days at Vazhachal to discuss the new development and to decide on the future course of action.

The environmental literacy of the Kadars is commendable. Another positive factor is the way the civil society has responded to the issue. Even coalition partners of the ruling and opposition parties have expressed strong displeasure against the project. It would not be easy for the government and the dam lobby within it, to go ahead with the project.

KAS: What is your take on the prospects of another hydroelectric project on a river that already has half a dozen dams and power projects?

MKP: Approaching it objectively and without bias, the Athirappally power project is not an ecologically and environmentally feasible one. Even the Madhav Gadgil-led Western Ghats Ecology Expert Panel (WGEEP) had clearly pointed out that the river does not have much water to generate the expected amount of power from the new dam.

Climate change is impacting the Western Ghats stretch extending from Athirappally to Valparai in Tamil Nadu heavily. As a result, the Chalakudy river is in distress. On completion, there will not be enough water in the river system to sustain the project. In addition, the implementation of the project will adversely affect the majestic waterfall and tourism activities in the region.

The Athirappally project would not contribute to the power security of Kerala in any way. The power project is infringing upon the rights of the Kadar tribe as guaranteed under the Forest Rights Act. That also must be considered. In all likelihood, the project is an environmental disaster.

KAS: Many people are criticising the Kerala government on the timing of the issuance of the NOC for the Athirappally project. The novel coronavirus disease (COVID-19) lockdown still exists and the state is worrying about another round of massive floods for the third successive year. Has the government used the lockdown as a cover to give a go-ahead to the controversial project?

MKP: There are reasons to believe so. Across the country, governments are giving nods to controversial projects with huge environmental impacts under the cover of the lockdown. The opening up of the Dehing Patkai elephant corridor of Assam for coal mining is the latest example.

Here, the electricity department and the board have attempted to revive the project without even discussing it among coalition partners of the ruling front. The government has so far claimed it would implement the project only after evolving consensus.

I don’t know what consensus they can evolve in favour of a project with huge environmental costs. But here, even that assurance of evolving consensus has been breached.

KAS: What is the actual motive behind raking up the Athirappally controversy at regular intervals? You have been accusing a dam lobby involving contractors, electricity board officials and self-seeking politicians as the driving force pushing the Athirappally agenda.

MKP: Athirappally falls is known as the ‘Niagra of India’. The falls and its surroundings are part of a crucial biodiversity-rich region coming under the Ecologically Sensitive Zone 1 of the Western Ghats. The Ghats themselves are a Unesco World Heritage Site and are one of the eight “hottest hot-spots” of biological diversity in the world.

Athirappally is the only place where the four south Indian hornbills live together. In spite of all this, successive governments have pushed forward the hydroelectric project agenda only to please the contractors lobby.

For over three decades, Kerala has not undertaken construction of any new dam. So the contractors, senior electricity board officials and a section of politicians, who constitute the dam lobby, are eagerly looking for a big catch.

Why is there no official study on the actual energy needs of Kerala and about the available solutions other than commissioning of big dams? Clarity must emerge on the demand and supply needs in the energy sector.

Kerala is one among the few states that sell surplus hydel power to states that face deficiency. The Athirappally project was first proposed in 1982. It received environmental and forest clearances in 1998 and 1999 respectively.

But why were they not able to implement it? Why did the Kerala High Court suspend these sanctions, citing irregularities? Why did more than 90 per cent of the people who took part in the public hearings on the feasibility of the project, vote against it?

KAS: Malayala Manorama reported that the Kerala government decided to seek environmental clearance for Athirappally after Prime Minister Narendra Modi directly asked Chief Minister Pinarayi Vijayan as to why the state was not showing interest in the project. Is there a larger agenda?

MKP: I have already said that many things are dubious. I too saw that news item. According to the KSEB, the installed capacity of the project would be 163 megawatt. Will they be able to generate that much power using the scanty flow in the river at present?

On the other hand, the project would cause the death of the unique riverine forest system, rich in biodiversity. There would be habitat loss for 155 species of mostly endemic plants and animals. The hornbill population will face extinction. Fish wealth would be depleted and wild elephants would lose their traditional migratory paths.

KAS: The Kerala government says it will implement the project only after evolving consensus among tribals, environmentalists and political parties. What is the possibility of a broad-based consensus in favour of an environmental disaster in the making?

MKP: India needs development that is comprehensive, inclusive and causes minimum damage to the environment. Priority-wise, keeping Athirappally and the Western Ghats safe is more important than dams. The government must explore alternatives. Non-conventional energy sources must be explored to the full.

KAS: Does Kerala lack environmental literacy? Why are dam lobbies getting more followers on social media?

MKP: Kerala needs more environmental literacy. Many people have invited my attention to the campaign of dam lobby supporters on social media. There are many reasons behind it.

But I am still hopeful of a second mass movement in Kerala, not just against Athirappally but also for promoting environmental literacy and consciousness.

KAS: Why are Kerala’s larger political and development agendas not inculcating environmental concerns?

MKP: In a way, it’s true. My generation failed to bring about such consciousness among the political leaders. But I hope a new initiative is possible as the subsequent annual floods are forcing people to discuss and debate about climate change and its contributors.

Despite two successive annual floods and the first one wreaking maximum havoc in Athirappally itself, why is the state not learning any lessons?

We will learn more lessons in the near future. It’s just a matter of time. Athirappally holds the power to force Kerala to introspect on the developmental priorities of the state.