`Bioregionalism could become a global movement'

French architect Didier Prost is an advocate of bioregionalism, which calls for a renewed focus on local people and knowledge to innovate for greener solutions. He speaks to Rajat Ghai on how bioregional approaches can be adopted to solve India's environmental problems 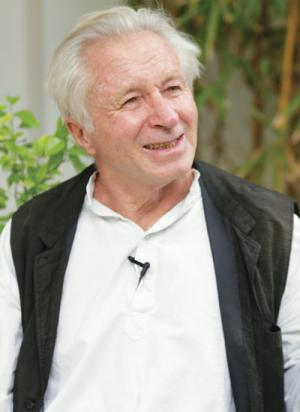 Bioregionalism is a movement that was born in Italy in the early 1970s. It is a revolutionary way to reimagine our surroundings. The concept assumes significance as we are increasingly facing environmental and social problems the worldover. Hence, we need to cultivate newer approaches about how we intend to plan and develop our surroundings. For that, we have to connect people with their land, nature and institutions. In short, we have to build a new model of development based on what is known as a “bioregion”.

We have to build new borders—not administrative and political ones, but ecological and cultural ones. We have to build what we call “a consciousness of the place” by analysing a particular area, its history and the “global archaeology” of that history. This can be done by eliciting the participation of people from all spheres of society—academia, polity, grassroot communities, non-profits and workers. Using their inputs, we need to develop a plan for that area that will be different from other regular economic development process. Our current development process sucks all the resources and reserves from an area and then dumps the waste in the environment. Bioregionalism, on the other hand, integrated local ecologies in the economy.

Did bioregionalism come about as a response to globalisation?

No, because globalisation is a reality. Glo-balisation is global capitalism. Take any product, for instance, the smartphone. It is made of different parts manufactured across the world. The smart card inside is made of silica, which will have to be mined. Mining, in turn, will cause harm to the environment and displace indigenous people.

We need to find a balance between the local and the global to minimise such da-mages as much as possible. Planning (in making a product) should take care of what are called “negative externalities”, which are mostly environmental and social in nature. So we need to build “a globalisation from the bottom”—by working with local people and nature in such a way that they do not have to suffer the negative impacts of globalisation.

Firstly, India should rejuvenate its ecology. It needs to put in place a renewed Na-tional Reforestation Programme, with sp-ecial emphasis on native plant life. That’s because climate change is a reality, and it will cause major catastrophes in the next 10-20 years. Unfortunately, neither the government nor its people realise they are sitting on a ticking time bomb. Govern-ments are completely clueless, and people, especially the middle class, are too busy indulging in a consumerist lifestyle and do not care about what is happening to the poor. That’s why I believe that social science educational reforms are important, because they can put the larger masses in sync with reality.

Why do you think we have strong welfare states in the West? It is because we have strong social science, strong universities and strong intellectual life. In India, you have to build critical thinking. Here, Indian universities will have to play an important role to build an ecological and social republic.

Will India ever have its own green party based on the principles of social justice, environmentalism and non-violence?

India still does not have a green political party because in the popular Indian psyche, there is a strong disconnect between poverty and the environment. Poverty and environment are always at work. To have a real green party, you will have to connect the two.

However, I don’t blame Indians for making this distinction. After Indepen-dence, and especially since liberalisation, India has adopted a model of development influenced by Western values, which are essentially materialist in nature. It is not bad, but it is not sufficient either.

What is your view of the government's Smart Cities Mission and the river-interlinking project?

India is imagining smart cities through the prism of technocracy, meaning techniques will provide all the answers about our urban life challenges. But this is not possible. The Smart Cities Mission is no-thing but a political gimmick. As far as the inter-linking of rivers is concerned, how could someone imagine something like this? You cannot go ag-ainst nature. Such a scheme will destroy everything. We have to hold everything that is alive as sacred, whether they are animals, humans or trees.

What is the future of bioregionalism?

In the next five years, the problems of a globalised world will increase, as will the awareness of people. Consequently, they are going to look for alternatives.

Bioregionalism is a new process of thinking and is one such option. It a way of making a new social construct through territories with different entrances, wh-ere we will have to work with concepts like “consciousness of place” and “global archaeology” and formulate new proposals and test them on the ground. Using these innovative concepts, we can build a corpus of new knowledge.

Bioregionalism could become a global movement and its practitioners could help build new institutions and municipalities and find newer ways to live in harmony with nature.