Linguist GANESH DEVY has just published a new volume of a unique language survey that is based on geography and people's vernacular claims. He speaks to RAJAT GHAI on the link between languages and ecology 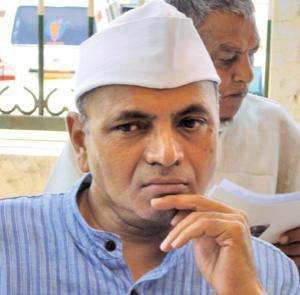 Rather than the intricacies of historical linguistics or language families, your team focused on geographical distinctions and people's claims about languages while conducting the survey. Why?

As the name suggests, the People’s Lin-guistic Survey of India is people centric. It is not an academic project by any group of linguists. It is born out of a deep concern for communities whose very existence is being denied. Geography appeared to me as a necessary perspective for the study. This required getting out of the historical or genealogical straight-jackets espoused by historical linguistics.

So you accepted people's claims on languages. Did you distinguish between dialects and languages? Would such a survey be considered accurate by linguistics?

The assumption in your question is that people who make a claim on a language as their language necessarily have a very narrow outlook resulting in a non-tenable splintering of a larger language into numerous self-proclaimed independent languages. This assumption, however, does not hold when one looks closely at people’s attitude towards languages, particularly in a country that does not cherish monolingualism as a culturally desirable practice.

If one were to examine a contrary assumption arising out of the established practice of field linguistics, one notices that there is an unnatural tendency am-ong professional scholars to draw boundaries between languages in a somewhat abstract manner.

In reality, the geographical spread of a standard language, its blossoming into related dialects, its increased divergence from the neighbouring languages and the distinction between two adjacent languages are subjects that cultural geographers and linguists must sort out after examining empirical data from all parts of the world. That will take time. Meanwhile, I have proposed that dialects are not the historical remnants of standard langua-ges, but the avant-garde teams exploring new semantic possibilities.

The survey reveals that the languages of the Indian coast are particularly vulnerable. Does that also apply to languages spoken in the mountains, deserts, forests and islands?

Coastal languages are paying the price not only because of geographical reasons, but also due to economic changes. As communities have lost control over fishing rights, their traditional livelihood networks got devastated. The UN agencies place the current rate of global migration at 35 per cent. This rate was seen among the coastal communities in India way back in the 1960s and 1970s. They are now at least two generations displaced from their conventional “language-ethos”.

Factors apart from migration include a general economic despondency associated with carrying forward a given language; social stigma attached to a language community, as with nomadic communities; lack of formal patronage; indifferent educational policy; and, the absence of language domains to cope with the challenges of modern life.

The survey says tribal languages like Santali, Gondi, Bhili, Mizo, Garo, Khasi and Kokborok ªare showing an upward trend because educated people in these communities have started using these languages for writingº.

Fortunately, many tribal languages in the country have witnessed language-related or cultural movements. These have been constructive movements and are resulting in the local creation of scripts, production of books about their history, culture, literature and ecology.

There has also been awareness among people that language is one of the defining features of their identity. Wherever such movements erupted, the language associated with that area/community has found a relatively greater acceptability within the communities. If we compare the Cen-sus statistics of 1991 and 2001, there is an upward trend of tribal languages.

In terms of language diversity, you have placed India in the same league as Nige-ria, Indonesia and Papua New Guinea, countries that lie in the tropical regions of the world and are rich in biodiversity. Is there an overlap between linguistic diversity and biodiversity?

There is a close interdependence between biodiversity and cultural diversity. Diversity, whether it is religious, cultural, linguistic or gastronomical, is deeply linked with the process of natural evolution. Whenever the process of evolution is hampered, diversities dwindle. I am not aware if any scientist has defined a proper scientific measure to assess the “diversity in its natural state”.

Are languages the repository of local ecology and biodiversity?

There is no language in the world which does not store all of the sensory perceptions of all of the individuals who existed over all of the ages through which the language has transited. Literally, every word in a language is a cumulative result of the human experience of nature and objects surrounding the users of the language. In that sense, every word is an entire book of history, or a full dictionary by itself.

Give us some instances where a degrading environment contributed to the decimation of a language in India.

The coal mining areas in Meghalaya and south Gujarat and the manganese and bauxite mining in Goa have scattered local populations. They are uprooted and now linguistically amnesiac.

You have announced the next big project "Global Languages Survey" under which over 6,000 languages being spoken in the world will be surveyed and documented. Will this survey be on the same lines as the People's Linguistic Survey of India? What about the aboriginal languages of the Americas, Africa, Asia and Oceania?