‘The Persian Gulf is a sensitive issue in Iran’

Amir Masoud Aghababaeian is an Iranian film-maker, originally from Isfahan and based in Tehran. He is the director of ‘Mermaid’, a Persian-language feature film on oil pollution in the Persian Gulf, the semi-enclosed, inland sea of the Middle East. In Delhi to attend the CMS Vatavaran Environment Film Festival, Aghababaeian speaks to Down To Earth about the issues surrounding the Persian Gulf’s fragile ecology. Excerpts... 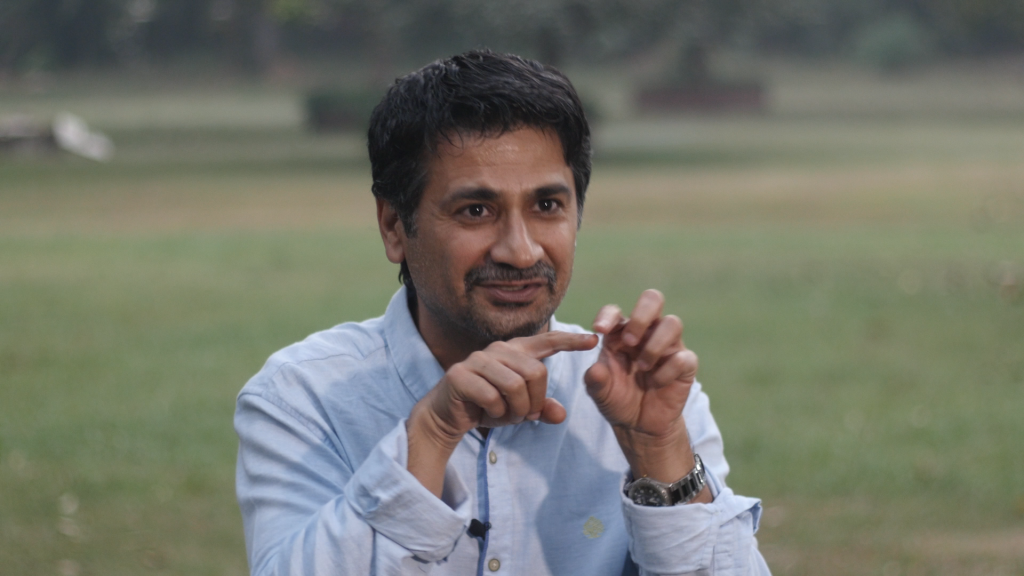 1. You reportedly had to self-censor your movie project, “Mermaid” several times for fear of official censure. What did you have to cut out?

The Persian Gulf and the oil pollution that is affecting it are very sensitive issues in the Islamic Republic of Iran. When our project began more than five years ago, the regime of President Mahmoud Ahmedinejad was in place. The oil ministry officials of the time initially told us that they would not allow the project. That is because it could give an opportunity to Arab governments in the region to score brownie points against Iran by saying that Iran was polluting the Gulf. When we solved that, they wanted us to remove all allusions to oil majors causing pollution in the Gulf. We had to secure several permissions from the government to film and thus were left with no choice but to strike a fine balance between our ideas and the official policy of the government on the subject. In the process, we rewrote the script a record 11 times.

2. What kind of threats does the Persian Gulf face? Have new threats emerged recently? How has the construction boom in the Persian Gulf, especially the building of artificial islands to cater to tourism affected its flora and fauna? How serious is the problem of waste dumping in the Gulf, especially micro plastics and brine produced from desalination of sea water?

Yes, the problem of artificial island construction in the Persian Gulf is a very serious one. Arab countries like the United Arab Emirates have been on a building spree. Fortunately, Iran has not constructed any such islands. We administer only beautiful natural islands like Qeshm, Kish, Hormoz and others. Since my film dealt with oil pollution, most of my research has been in that field. But I am very much aware of the ecological threats like waste dumping. Every day, scores of ships dump their waste in the Gulf’s waters. All I can say is the waters of this body of water are unique and a treasure for the nations that surround it. Just to give you one example, they are home to 500 species of fish. The countries of the region and the globe overall must focus on it since crises are looming on the horizon.

3. Can the Persian Gulf ever escape the curse of being located in the most politically-volatile region in the world?

I strongly believe that we need international arbitration that can force the countries of the Persian Gulf littoral into signing agreements which will ensure that it is safeguarded for future generation.

4. Some 20 per cent of the world’s oil supply passes through the Persian Gulf. Can alternate routes for transporting crude save the Gulf from further harm? Are governments and agencies looking for alternatives?

Finding alternative routes to transport oil is indeed a very good idea that should be looked into by policy makers in the Middle East. The oil industry is among the most powerful influencers of public policy in our region. While my film looks into the lives of ordinary people and their environment affected by oil pollution, oil has an effect on politics, economy and governance too. We Iranians know from personal experience since one of our Prime Ministers, Mohammad Mosaddegh, who ruled from 1951-53, was overthrown by the US CIA in a coup after he nationalised the Iranian oil industry. Another way of removing the influence of oil from the Gulf could be to encourage the use of renewables around the world. When the demand stops, the supply will too. And the Gulf countries themselves too must start using such energy so that domestic demand dies. In Iran, we are already diversifying a lot into solar power.

5. A 2015 study predicted that by this century’s end, the Persian Gulf littoral would become uninhabitable. Your thoughts.

As I said earlier, we need international arbitration that can force the countries of the Persian Gulf littoral into signing agreements. Having said that, I think we should not just restrict ourselves to one area or one environmental challenge alone. The whole world is swarming with such challenges, whether it is Africa, the Far East or the oceans. In Iran itself, we have a plethora of environmental problems, some of which have turned into catastrophes. The most notable example of this is Lake Urmia. Located in the far northwestern corner of Iran, it was, till recently the largest lake in the Middle East and the sixth-largest saltwater lake on Earth. Today, it has shrunk to 10 per cent of its former size due to damming of the rivers that flow into it, and the pumping of groundwater from the surrounding area. It should be everybody’s endeavour to keep the attention of those in the corridors of power—like governments—as well as the media fixed on these issues and force them to act. We must remember that the environment is not a monolithic issue, but a multi-layered one.

6. How are Iranian and Arab film-makers helping in creating awareness about Persian Gulf ecology issues?

I spent more than three years in making “Mermaid” and had to bear a lot of stress in the process. But as artistes, we have to hold a mirror to our regions, countries and societies. We have to tell stories. I hope that all the film-makers of the Persian Gulf region cover more of environmental issues in their works and not just political ones. That is because politics and the environment are intricately linked. I hope this happens soon.