“Environmental amnesia is constricting our intellect”

Though we are living in a highly degraded environment, we have failed to spot behavioural fallouts. Increasingly, children living in polluted ecosystems now construct ideas that things are basically "normal" even when they are pretty bad. PETER H KAHN JR, director, Human Interaction with Nature and Technological Systems Lab, University of Washington, USA, has been doing research on the relationship between humans, especially children, with nature and technology, and how these relationships affect our decision-making. He speaks to Shreeshan Venkatesh on the trends that are radically restructuring human existence 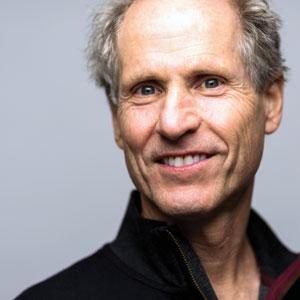 Can there be a single definition of nature?

There’s no single definition. One definition is that nature is everything that is non-human and non-artifact—flowers, earth, rocks, water, trees, ladybugs, sunshine, dolphins, elephants, ants, ocean or streams. We need this definition to get the attention away from ourselves and onto the “other”. Now there is also another definition that humans too are natural. And this definition is important because with Artificial Intelligence, we’re now beginning to replace human-human interaction with human-machine interaction (and human-robot interaction). As this continues, we’ll lose some of the essential (natural) depth and authenticity and human-human interaction.

Like culture, does nature too change with time? What would this mean for the idea of sustainability?

Yes and no. Culture matters a lot in terms of how we perceive nature. If you grow up in a domination-oriented culture that seeks to subdue other people and nature, then you tend to look upon nature as just a resource to be used, and even more so you tend to have short-sighted personal interests that lead quickly to the destruction of nature. It might work for you, but it’s not sustainable. So we need to change culture to be more relationally-oriented and less domination-oriented.

On the other hand, there are qualities of nature that “push back” on cultural interpretations. On a cool day, sunshine is soothing no matter what culture says. If a child pulls on the tail of a dog too hard, the dog may well nip the child lightly, in effect saying “not so hard please, that hurts”. So nature demands we pay attention and take care of ourselves.

Urban ªnatureº has never been more artificial. Yet, children living in urban spaces are considered to be ªenvironmentally consciousº. How do you explain this contradiction?

All of us construct a conception of what is environmentally-normal based on the natural world we encounter in childhood. The crux is that with each ensuing generation, the amount of environmental degradation usually increases, but each generation also tends to take that degraded condition as the “non-degraded condition”, the normal experience. I have called this the problem of environmental generational amnesia. It’s not just about cultural conditioning. It’s about how the degraded natural world leads children themselves to construct ideas that things are basically “normal” even when they are pretty bad. It then becomes hard to change people’s viewpoints because even when they “learn” about the problems, they still think of these problems in relation to what they experienced as normal in childhood.

For example in an early study, I interviewed inner-city black children in Houston, Texas, USA, about their environmental views and values. In one set of questions, they generally understood about the idea of air pollution, but they did not think Houston had a problem with air pollution, even though Houston was then the most polluted city in the US. That’s an example of environmental generational amnesia.

Can nature be replaced by technology? How would this impact our psychology?

Here’s the basic finding: interacting with technological nature is often better than nothing, but it’s not as good as interacting with real nature. A concern with accepting technological nature is that it can shift the baseline downward for what counts as optimal wellbeing, as people across generations lose experiences with healthy baselines. One result of this interaction is that we ask too little about the idea of urban sustainability, confusing biological living with human flourishing.

How will people perceive nature in the future, say in 2100? Will the changes be clearly evident?

Two world trends are radically restructuring human existence. One is the degradation and destruction of large parts of the natural world. It’s a nature that we depend on for our physical and psychological wellbeing. The second is unprecedented technological development, both in terms of its computational sophistication and pervasiveness. It’s exponential technological growth. Humans will adapt to such changes.

In response, some people say: “Don’t worry. Adaptation is how we evolved, and adaption is good for us. We’ll be fine.” But adaptation is not always good for a species. An African elephant can “adapt” and live “sustainably” in zoo confines the size of a parking lot, but that doesn’t mean the elephant is flourishing given its evolutionary capacity. We could all adapt to living in a prison, but that doesn’t mean we would do well.

Given these two world trends, it is difficult to imagine the world 30 years from now, let alone 70 years. But the trend is towards biological survival (for those who are able to), but not flourishing, unless we can change course—limit population growth, move toward relational (as opposed to domination) political structures, be cautious of the claims that technology can save us. It won’t. We need to conserve nature and interact with nature so that the human spirit can thrive too.

(This interview was first published in the 16-28 February issue of Down To Earth).