Down To Earth speaks to Carmody Grey, assistant professor of Catholic theology in the department of theology and religion, Durham University, UK, on Pope Francis I’s recent document on the Amazon

On February 12, 2020, the Vatican released Querida Amazonia (Dear Amazon), a new document by Pope Francis I. The leader of the world’s one billion Catholics pleaded with members of his flock as well as all persons of good will’ to save the great biome that is the Amazon.

In June 2015 too, the Supreme Pontiff released the encyclical Laudato Si, calling on humanity to save the earth. The Paris Agreement was formulated later that year at the conference of parties to the United Nations Framework Convention on Climate Change.

The 94-page Dear Amazon urges respect for the indigenous peoples of the Amazon, their ways of life and traditions in order to conserve the rainforest that saw the worst wildfires last year.

Could the Pope have been influenced by the work of Fray Bartolome De Las Casas (1484-1566), a Dominican priest who criticised the treatment of indigenous peoples of the Americas by Spanish Conquistadors in the early days of the Spanish Empire and is often considered to be one of the first advocates of human dignity (later termed ‘human rights’)?

Down To Earth put this and other questions to Carmody Grey, assistant professor of Catholic Theology in the Department of Theology and Religion, Durham University, UK. Edited excerpts:

Rajat Ghai: Since its inception, the Church, especially the Catholic Church, interacted with nature worshippers within Europe (eg, Greeks, Romans, Celts, Germans, etc). How have nature and nature worshippers been viewed in Catholic doctrine down the ages?

Carmody Grey: On the whole, I would say Catholic tradition has been a rather careful combination of critical and hospitable to pre-existing pagan cultures. While the worship of ‘false gods’ was always condemned, local habits and traditions of worship and reverence, especially the sacredness of particular locales, were often incorporated into the new cult.

The Vatican II declaration on non-Christian religions expresses the principle nicely: The Catholic Church rejects nothing that is true and holy in these religions…She regards with sincere reverence those ways of conduct and of life, those precepts and teachings which, though differing in many aspects from the ones she holds and sets forth, nonetheless often reflect a ray of that Truth which enlightens all people.

Catholics are asked to ‘recognize, preserve and promote the good things, spiritual and moral, as well as the socio-cultural values found among these people.’

There has always been a sense that tremendous goodness and truth existed outside the bounds of the church, but that these non-Christian traditions needed to be tested and refined in the light of the gospel. 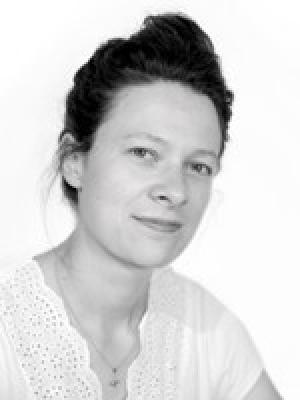 As for ‘nature’ itself, the Catholic understanding of ‘nature’ as positive as it’s possible to be: ‘nature’ is intrinsically good, ‘very good’, as God is portrayed as saying in Genesis.  It is a gift, not a human possession; it has its own order and integrity which is to be respected; it is not there only for our use, for its origin and its destiny is God, not us. The proper response to nature is wonder, gratitude and praise.

This is most obvious in the way that ancient sites of worship became sites of Christian churches, with the mythologies and worship of local deities being thoughtfully incorporated into new practices, such as visiting holy wells, or regarding certain trees, groves, springs, rivers and so on as being set apart for sacred purposes.

Another good example of this would be the portrayal of Christ as Apollo among early Greek Christians. Christ was regarded as the fulfilment of the universal religious yearnings of humanity.  To portray him as ‘Apollo’ or ‘Mithras’ was a natural expression of this, to help pagan worshippers see Christ as the continuation and ultimate fulfilment of what they had been worshipping all along. St Paul’s speech on the Areopagus (in Acts) demonstrates this nicely.

RG: Does the Pope’s exhortation in Dear Amazon to treat its original inhabitants have an imprint of Fray Las Casas’ work in the Americas? Would it be fair to call him a 21st century ‘Protector of the Indies’?

CG: Certainly. Las Casas’ defence of the rights of the indigenous has left a deep mark on Pope Francis.

As to Francis being a ‘Protector of the Indies’: he unquestionably is a protector of the native cultures and peoples of the Americas, there’s no doubt about that.

Indeed, Francis says that he is not most fundamentally asking that Amazonia be protected, as an extrinsic thing from outside itself, but that it be loved for what it is. The Beloved Amazon, as the document’s title has it. We are called to love it, not just to use it or regard it as an object for mere preservation.

RG: Some critics of Las Casas like Daniel Castro have noted that by trying to replace indigenous spirituality with Catholicism, Las Casas was introducing a religious colonialism that was more intrusive than the physical one. Would the Pope be guilty of the same in this case as he does talk about spreading the Gospel in the Amazon in line with Christian belief, though with respect for indigenous culture?

CG: I think Castro’s work is quite ideologically driven.

The critique Castro offers is anachronistic. It also begs the question by assuming that to approach another person or community in order to proclaim the gospel is intrinsically colonising. The issue is: Does ‘evangelisation’ constitute colonisation all by itself?

Some would say yes. Las Casas, Pope Francis and the rest of the Catholic church, Christian churches and other faiths would disagree. They would argue that evangelisation is not per se rapacious, intrusive and paternalistic. It may be in given instances, but to proclaim the gospel is not itself of necessity an act of illegitimate power-grabbing and subjugation.

Taking the view that evangelisation and colonisation come down to the same thing is deeply confused. It amounts to the bizarre claim that to represent a truth claim, or claims, to others who disagree, is always an offensive move. If we really believed this we would give up on modern science, we would give up on political strategies of liberation, we would give up on education, and so on.

As Pope Benedict said, the Catholic approach to evangelisation is predicated on the idea that all cultures are open to the truth.  To assume otherwise is an insult to them.

None of this is to deny that evangelisation has often been a tool of colonial impression.  But that would be a contingent and tragic historical fact, rather than a conceptual necessity.

RG: What implications does Dear Amazon have for future relations between Catholicism/Christianity and the world’s indigenous peoples?

CG: Tremendously significant and positive implications. The most important contribution is Francis’ insistence that the gospel needs to be incultured deeply and wholly among the peoples to whom it is proclaimed.

In other words, the gospel is not itself a ‘replacement’ for a culture.  It does not attempt to supplant it, let alone substitute it with a Western or European culture (European culture is not intrinsic to Christianity, obviously).

Rather, the gospel, truly proclaimed, takes the form and shape of a culture, and speaks with words and symbols that can be understood in that culture.  This is inculturation.  Francis is enunciating that principle deeply and powerfully in relation to indigenous cultures in a way which can and should have application everywhere in the world.

RG: Will the Pope’s message have any effect on Jair Bolsonaro?

CG: I am no expert in the politics of the region, but I know that there have been significant and ongoing diplomatic efforts to ensure that Bolsonaro and his allies don’t feel that the Synod and its fruits are meant as a critique or an undermining of his power.

The last thing the Pope wants is to antagonise Bolsonaro. That would be unproductive. Will Bolsonaro be able to hear the Pope’s pleas for the rights of the indigenous to be respected? That is a matter for hope and prayer, and sensitive advocacy by those who are close to centres of power.

The important thing is that the Church not frame itself as enemy of anyone.  I think Francis has done well in that regard.