50 years after he first visited North Sentinel Island in the Andaman archipelago, veteran anthropologist, T N Pandit talks to Down To Earth about the Sentinelese people, other tribal groups in the Andaman & Nicobar Islands and his legacy 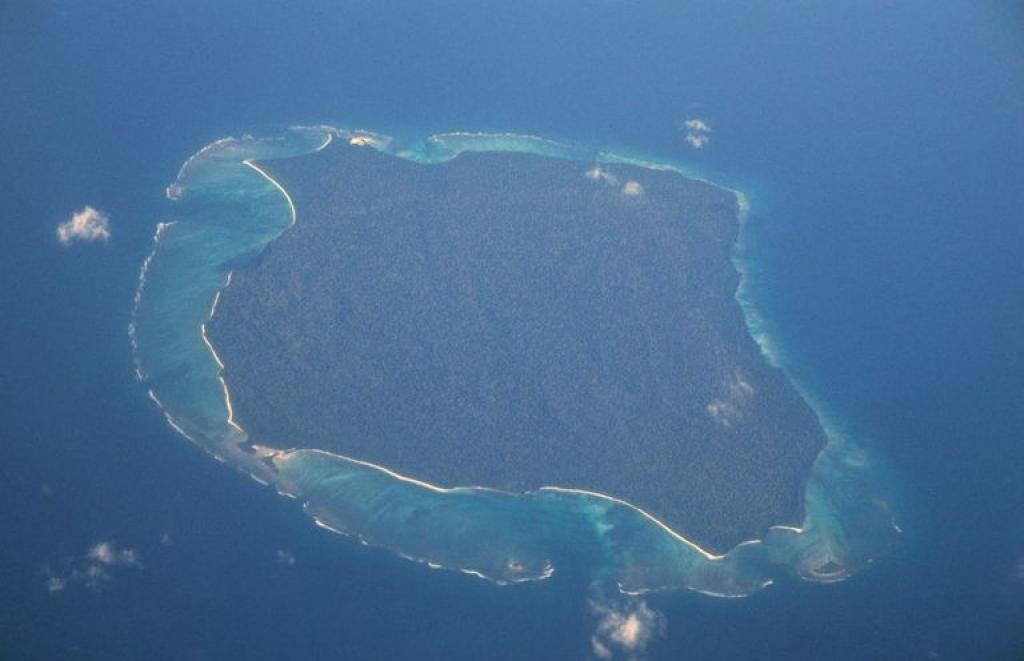 The 2011 Census of India says that there are only 15 Sentinelese left–12 males and 3 females. Is this true?

I do not agree with Census figures, as they are arbitrary, often wrong and without any basis. My own estimate, which is also a guess, has been, and remains 80 to 100. But I have reasons to back it. I remember my first visit to North Sentinel in 1967. I was a member of a party of scientists being escorted by armed policemen and unarmed naval men. The tribespeople were on the beach, watching the boat come to the island. There was a large number of them. But there was no reaction or resentment from them. We went about a kilometre inside the forest. They did not come face to face with us, but rather hid in the forest, watching us. After some time, we came upon a large area of forest cleared for a camp. There were 18 small huts, with little fires burning in front of each, fenced off with sticks.There was plenty of food material including wild fruits and fish being smoked on the fire. There were bows and arrows lying about.A camp of 18 huts indicates a population of at least 50 to 60 people. This is in 1967. In the 1970s-80s, I saw around 30 to 40 people myself. There is another way of deducting numbers. North Sentinel is small, about 20 sq miles.As per demographic standards, 20 sq miles of forest surrounded by sea can sustain a population of 100. Even if they were confined just to the forest, it would be 30-40 people.

Most theories say that the Sentinelese have been isolated in their island for 60,000 years. How should we view that statement through the prism of DNA studies and genetics?

It is a very interesting comment and question. Let me tell you something. Archaeologists from Pune University and from my department (Anthropological Survey of India) studied kitchen middens in South Andaman Island, in a place called Choldari, close to Port Blair. There was a big mound there, where we found ash and charcoal. We collected the material, got it carbon-dated and were told it was 2,000 years old. So we have clear positive evidence to show that the Andaman tribes have been living on the islands for at least 2,000 years. But there is another side to the story. Genome studies say the Andaman tribes branched off from the Tree of Human Evolution about 30,000 years back. If we believe in the Out-of-Africa Theory, then these tribes branched off at least 30,000 years ago, which is scientifically proven. I do not know about the figure 60,000 years, but 30,000 is positive. Whether they were here, in the Andamans, 30,000 years back, we do not know. But we know that they were here 2,000 years ago. We go by evidence.

Are the Sentinelese the last of the Negrito peoples to be uncontacted? What has been the fate of their counterparts in Thailand, Malaysia and the Philippines?

In Southeast Asia, most Negrito peoples have been destroyed or merged with dominant populations. All their resource areas were occupied by expanding dominant populations. However, in stark contrast, in the Andamans, they have remained intact despite the destruction that occurred during the British days. When the British penal settlement was established in 1858, in the aftermath of the Sepoy Rebellion a year earlier, the mutineer sepoys were taken to the islands and made to work, clearing the forest, making roads and building houses. At that time, the British estimate of the Negrito population in the Andaman districtwas 5,000. Today, this has come down to 700. There are four communities, registered as Scheduled Tribes. The Great Andamanese are highly mixed and in physical and cultural terms, resemble mainlanders to a large extent. They are 57 in number. But others like the Onge (100), the Jarawa (500) and Sentinelese (100) are still intact. The Jarawa have been in touch with the outside world in a friendly way since April 1974. But Sentinelese have remained apart. I refuse to believe that some mainlanders/settlers have established secret contacts with the Sentinelese. They have made it very sure since at least 1991 that outsiders are not welcome on their island. 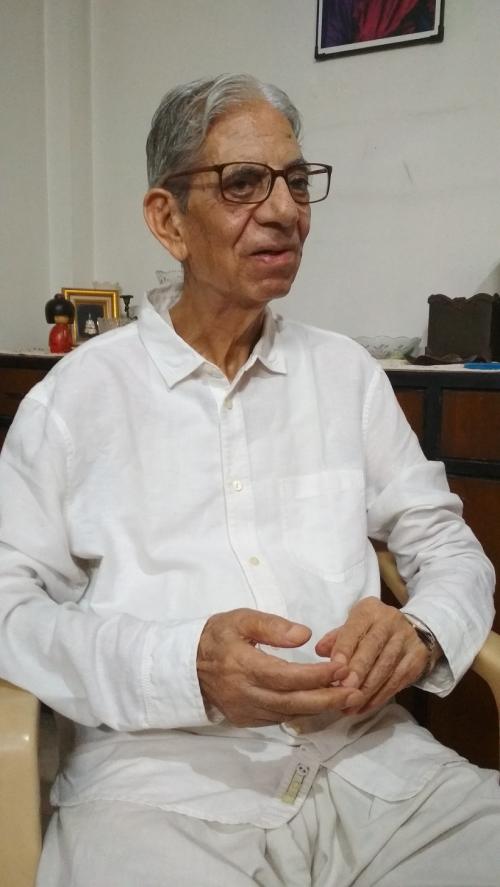 What should be the policy regarding uncontacted peoples like the Sentinelese in India and others around the world? Should we let them be isolated or make contact? Can there ever be a consensus between scholars and authorities over this?

On the face of it, we always say their lifestyle is primitive and they are deprived of being part of larger civilisation, the benefits of which do not reach them. These are generalized statements, but we have to see what they mean at the ground level. What do they imply in reality? Of the four Andaman tribal communities, we have seen that those in close contact with the outside world have suffered the most. They have declined demographically and culturally. Their land is occupied. It has happened to the Great Andamanese, to the Onge, and even to the Shompen in Nicobar, who are also a hunter-gatherer people. Over the years, we have not been able to get the Jarawa any benefits. Rather in a number of cases, settlers are having liasons with their girls, however minimal. Their food supply like honey, crab and fish are being taken away in exchange for biscuits. They don’t need biscuits. They have learned to smoke and drink.

In my opinion, we should not be in a great hurry to make contact with the Sentinelese. There is no gold, silver, oil and gas beneath their land. Their island does not have any strategic use. Unlike the Jarawa, who have much more resources to be able to withstand the pressures of civilisation, the Sentinelese are a highly vulnerable population and would disappear in an epidemic. The government’s responsibility should be to keep a watch over them in the sense no unauthorised people reach them and exploit them. Otherwise, just leave them alone.

If and when uncontacted peoples like the Sentinelese make contact voluntarily or are forced to, what will the end of their unique way of life mean for humanity as a whole?

I can answer that by emphasising that the quality of life among the Sentinelese and others is not “primitive” and is very refined. When a tribal Jarawa gives a gift to anothers, something like a bow and arrow or a shell-necklace or some food, the gift-giver presents the gift with great reverence. The other man does not take it straightaway. He takes his own time. Are we like this? Social mores are such that an individual knows that when he commits a wrong, he has to punish himself. There is no tribal chief, council or panchayat to enforce anything. Such an individual isolates himself. The community indicates its disapproval by not looking at him, not talking to him. If food is in short supply, they will share. Nobody starves. If there is plenty, they will feast. Those who bring a hunted turtle, wild boar or honey, do not advertise their claims over it. Selfishness is unknown. The clans follow monogamy. There are no free-for-all sexual orgies. Close relatives do not marry each other. The absence of attire does not mean anything to them. They believe that the body is nature’s gift and should be treated with respect. I am not romanticising them as ‘Noble Savages’. We should only see to it that their way of life endures.

How have the Andaman tribes contributed to the ecological balance of the islands?

The Andaman tribes including the Sentinelese hunt the extant wild animals and gather fruits, tubers, honey or insects, anything that is edible. They do not kill wild boar piglets. During the mating season, they will hunt only adults and that too, after deciding carefully. When they dig roots and tubers, only a ripe piece is collected and the rest covered. Honey is collected by smoking bees or showering the juice of a leaf which they have chewed on a beehive. The bees run away and the people collect the honey. Hunter-gatherers globally are very cautious in protecting their resources. They use them to the extent it is wise to use them. Greed is non-existence in such societies.