Brussels-based Dutchwoman Monique Munting has donned several hats. She has been an academic, independent researcher, consultant and is currently, a film-maker. She was in Delhi recently to attend the CMS Vatavaran environment film festival where her French documentary, ‘L’espirit de la foret’ (The Spirit of the Forest) on the Baka Pygmies of Central Africa was screened. She spoke to Down To Earth about the Baka and other Pygmy peoples and the threats they face to their traditional lifestyle. Excerpts… 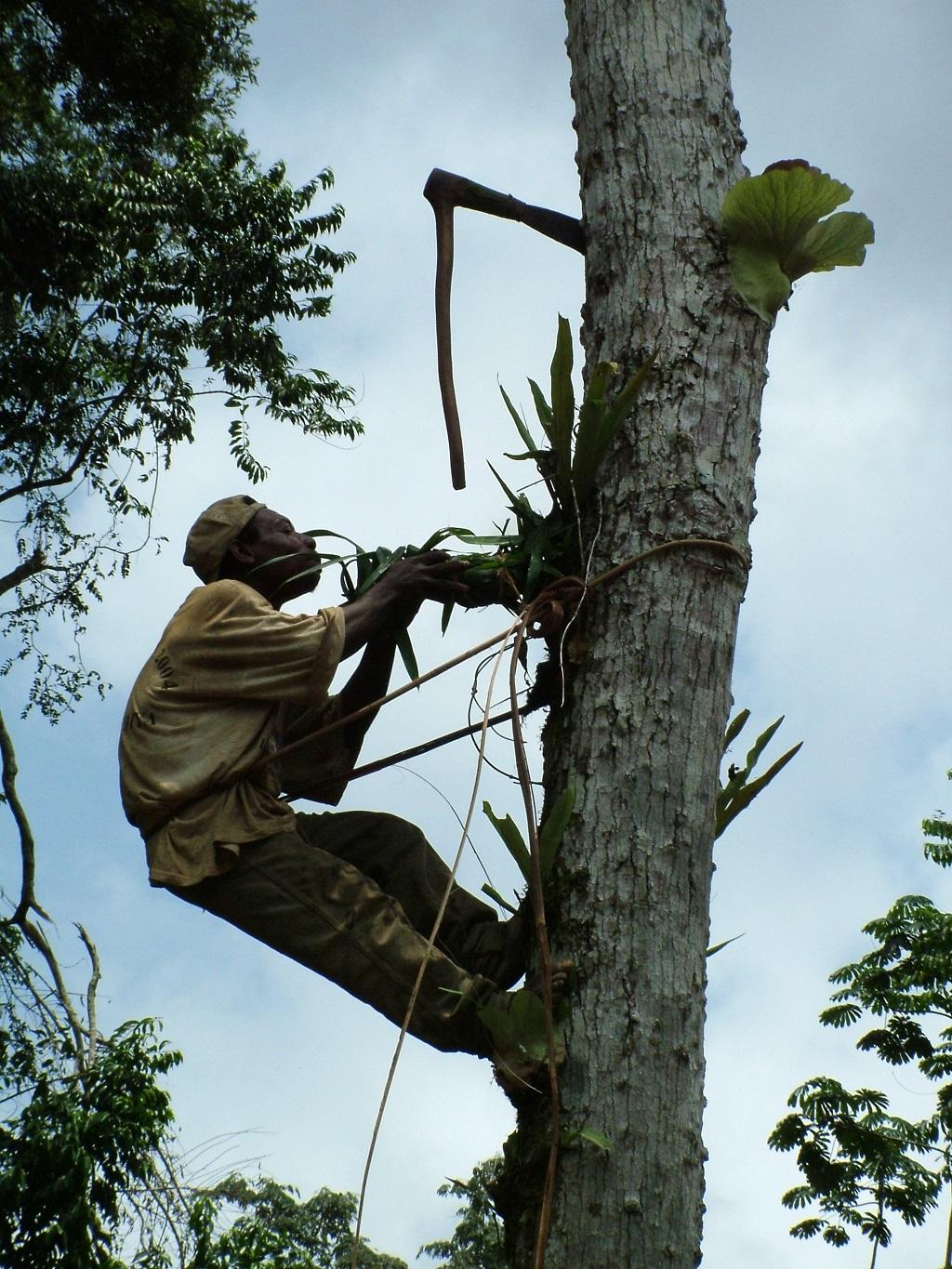 1. Why did you select the Baka out of the various Pygmy peoples of Central Africa for your film?

Besides being a film-maker, I also work on development issues and programmes. My first contact with the Baka was in the context of a project by a funding agency. And that is how I got in touch with them for the first time. Then, I got to work with another donor who had funded a project there. This led me to work with some Baka who were part of our team and worked as translators. They also helped us to reflect upon the impacts of the project. That is how the idea of a film came about and naturally, it was them, whom I had met and who had almost become friends that I wanted to film.

2. Which locations did you shoot the film in and how did you manage the logistics?

I filmed on the outskirts of a protected area called the Réserve du Dja in southern Cameroon. The primary locations were two hamlets called Jume and Mintom. The logistics were very limited. I arrived in Jume. A Cameroonian friend of mine, who had come with me, borrowed a motor-bike and that is how we moved around the area. The travelling done at the time was filming was extensive and pretty rough since the distance between Mintom and Jume is 80 km. Moreover, it took us two days to reach either village each time because of the tropical rain and slush.

3. Pygmy races have been contacted in previous centuries too. How different is the contact in the 21st century due to the intrusion of loggers, poachers and miners into their homeland, the Congo Basin?

Europeans call all forest-dwellers in modern-day Central African countries as “Pygmies”, which means “small people”. This is a little incredulous to me since among these people, there are several tribes. Tribespeople in that other great rainforest counterpart of the Congo, the Amazon, are called by their individual tribe or clan names rather than as “Amazonians”. But that is not the case here. Until recently, the Baka did not have contact with any other people other than the local, sedentary ethnic Bantu agriculturalists who lived on the edge of their forest homes. This is because the forest was very thick and inaccessible and getting to the Baka required days of travel. What is more, the Baka did not live a settled lifestyle and in what we call as “villages” in the usual sense. In my film, a protagonist talks about his childhood days when he did not have to live in a village. But today, the Baka have been voluntarily as well as forcibly been driven to settle down along roads in the vicinities of Bantu villages.

4. Describe the “client-patron” relationship between the Bantu and Pygmies like the Baka? How has this changed to a “master-slave” relationship several times during the history of the interaction between the two groups?

The Baka I interviewed for my film had seen a life prior to the one they are living today. They recall that their relations with the Bantu were amiable. The two groups were friends and had a horizontal relationship based on barter. The Baka gave ivory, bushmeat and rubber to the Bantu, who in return gave them cloth and fruit. But later, the Baka were obliged to give up their hunter-gatherer lifestyle for a sedentary one as the government banned their residence in the forest. By this time, they had also become addicted to “modern” products like batteries and soap. Because they are not given identity cards, they cannot move around and travel to sell their products. Robbed of their bush products meant for barter, to earn “money”, they started to offer their labour to the Bantu. And this developed into a very unequal relationship. There is a lot of abuse taking place. Many are paid as little as less than a Euro a day. Sometimes, Baka are beaten and even killed. And if anybody wants to report this to the law, they find that the Baka do not exist for the administration since there are no identity cards. So nothing has happened. Efforts are on now to at least fill this loophole by providing identity cards to the Baka.

5. How have logging, mining and poaching affected the traditional life of the Baka?

The Baka had to leave the forest for a number of reasons. The governments that administer these forests, like their counterparts worldwide, dislike anybody living a nomadic life and want to settle them, forcibly if possible. But there was another reason in that concessions had been given to logging companies. Another reason was the creation of conservation areas where hunting permits could be given to foreigners. The relationship that the Baka have with the forest is manifold and very concrete in the sense that it provides them with their livelihood, accommodation, food. They also have a spiritual relationship with the forest. It is their life, identity and values. They are people of the forest in every sense. So when they are obliged to leave it and not be allowed to return again, they are cut off from their roots. Let, me give you an example. Nowadays, the Baka have all sorts of illnesses. I once talked to a Baka woman who told me that this was not the case in the past since they lived on all sorts of fresh forest produce like bush meat and fresh fish. Today, they have to eat plantains that are cooked in water for a long time, emptying it of vitamins.

The Baka have been making efforts to reconnect with the forest. They organize from time to time, what are known as “Molongo”, long-term expeditions in the forest lasting from three weeks to three months in the dry season where the next generations are familiarized with the traditional way of life. However, this affects the children’s schooling as Baka children suddenly disappear, much to the consternation of teachers.

6. How does green colonialism affect the Baka?

World-wide, funding for wildlife conservation is more easily available than that for First Nations people. It is easier today to protect wild animals than tribal people. Yes, there are many non-profits who take up the cudgels on behalf of indigenous tribes. But they come with their own concepts of what development is, which is not necessarily what the people they mean to protect think. For instance, the Baka cannot simply understand why the forest is accessible for loggers and strangers and not for them. So, it is all about the different forms that green colonialism takes. It is not necessarily economic but ideological and cultural in nature.

7. Do you think the many Pygmy races of Central Africa can survive the present onslaught?

This is a tricky question. In many respects, even if I am pessimistic, I act as if I am optimistic. When we talk about defending tribal or human rights, inter-community relations and those between humans and the environment, we should forget whether we are optimistic or pessimistic. We must act as if we are optimistic. We must simply commit ourselves for trying to defend what is important regardless of whether we have hope or not.