‘We need to treat the mountains gently and with respect’

Down To Earth speaks to Peter Hillary, the son of the legendary Sir Edmund, who was the first to scale Mt Everest on May 29, 1953 with Tenzing Norgay

Like his father, the late Sir Edmund, Peter Hillary has summited Everest and forged a new route to the South Pole. Peter is an accomplished mountaineer, speaker and expedition leader. He spoke to Down To Earth about the recent ‘traffic jam’ on Everest in May which claimed 11 lives

What is your first response to what happened on Everest in May?

But having climbed Everest on many occasions and summitted it twice, I can tell you it is a wonderful experience. And for all the people who go there, have a life-changing experience. And I would hate to see regulations and rules that prevented people from having this adventure.

Having said that, what happened was the number of climbers that were to climb on two consecutive days, were climbing on a single day because of bad weather. Climbers on one day had not climbed and had waited for better weather to climb on the next day. Hence, they ended up with a larger group of people going up and got jammed up. But I would hate to see rules and regulations become part of climbing Everest. I would rather like people to use common sense and good management to avoid situations like what happened in May. 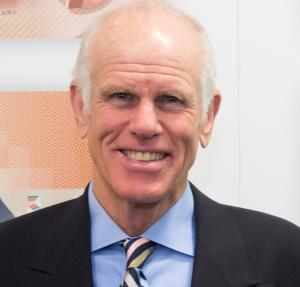 Many media reports have criticized the Nepal government for the mess, saying that it has issued too many permits to climbers. Would you agree?

I don’t think that is necessarily the case. We need better management of people on the mountain. I actually think it is very important for Nepal, the Sherpas and other groups of people in the country to work on these expeditions.

If you look at mountaineering in the European Alps, there are very few rules. It is left to people to space out their climbs and make their own decisions. That is what I would like to see happen in the Himalayas.

However, the Nepalese government did bring in a rule that all foreigners have to climb with a Nepalese person. That Nepalese person may or may not be an expert guide. Now, there are Nepalese guides who are first class and first rate. But there are a lot of other people who take people up on to the mountains and do not have the required experience. I think that rule has contributed to some of the issues.

Could climate change also be responsible given that the window for climbing Everest in the spring is growing smaller and smaller?

Climate change is certainly affecting glaciation on the mountain. It may also be affecting the weather because certainly, the weather windows are getting later.

Though I would argue that the weather and climate always does change and the problem is that we have rules that do not. When they say that no climbing is allowed beyond the end of May. The reality is that the monsoon does not start these days till the middle or the end of June.

I think that rule of when you can climb and when you cannot, needs to change. I mean what if there was a good climbing window on the 6th of June? Climbers should be able to climb then too.

Everest was once the final frontier. All that changed when Richard Bass climbed Everest in 1985 without much climbing experience. Would you agree?

I knew Dick and he was a wonderful character. He went on so many expeditions around the world. He started off as a novice. He ended up with a lot of mountaineering experience. Yes, he did open up the floodgates in a way since he showed he could learn the ropes and become quite an accomplished mountaineer.

Look, I am not against people going on guided expeditions. The critical thing here is that you do your apprenticeship, you do the necessary training.

For instance, Indian climbers need not go straight to Everest. You can go to Kashmir or Ladakh. Climb a small peak, a 5,000 metre peak. Do some rock climbing. You work up over four, five, six, seven, eight years and enjoy the whole process. Get to know people, go on expeditions together and then, you will find you have the necessary experience and competence, you would think that I am ready for the greatest mountain or earth.

Just deciding that Everest is the only peak you want to climb puts yourself at risk and everyone else at risk. I always encourage people to do the right preparations.

How would Sir Edmund have reacted to this traffic jam?

My father, while he was alive, did see the beginning of these crowded climbing days on Everest and he was quite sad. Because he had seen what great adventure was: A few people being out there, coping with the mountain and making a climb. Such a huge crowd would have changed the way the expedition was carried out.

But look at Europe, which is the most crowded mountaineering location of them all. It is still an incredible place to go. They are like the Indian Himalayas. There are a lot of people trekking and climbing. But that does not mean it is no longer a wonderful place to go.

I don’t think we should put pressure on the Nepalese to make their most important industry, which is tourism, to actually prevent people from going there. In fact, I have been advocating for years that both India and Nepal should liberalise the Himalayas, open them up for trekkers and climbers. They should not be required to have peak permits or liaison officers.

People should go on adventure, pay their dues to local people who provide them with services and encourage the economies of these remote mountainous regions. I think some of the benefit would accrue to the mountains generally.

What do you suggest should be done for keeping Himalayan peaks unspoiled while at the same time not quashing the spirit of adventure among those who want to climb them? Can a balance be struck?

I think you need to find a balance. These places, where nobody goes, quickly drop out of the consciousness of the public. In the end, you think, do they matter? No one goes there. They are not special.

What we got to do is have better standards. We already have them in some places like Solukhumbu on Everest. Visitors and trekkers are required to use kerosene or gas stoves and not timber for cooking. We need to have more measures like that so that people can have better standards of managing climate waste and human impact on the environment.

We also need to treat mountains gently and with respect whenever we go to them. It should be a very different attitude from what existed in earlier times when we considered the outdoors, the environment as a resource to do whatever we felt like. That is an attitude that has to change. There are so many people who want to enjoy the outdoors and I think they should. The point to remember is that we have to tread lightly on the environment.