Christopher Columbus’ journey to the Americas in October 1492, set in motion a chain of events that are today known as the Columbian Exchange – the transfer of humans, plants, animals, diseases and ideas — between the ‘Old’ and ‘New’ Worlds. The legacy of that event continues to this day.

From potatoes and chillies becoming a staple of India’s cuisine despite being grown in the Americas to New World countries becoming the largest producers of Old World crops such as sugar, coffee and bananas to the devastation of indigenous Americans by Old World diseases and the subsequent trade in enslaved Africans and the legacy of slavery and racism, the world is still experiencing the effects of the Columbian Exchange.

What relevance does this historical event hold in today’s world of COVID-19 and Black Lives Matter? Down To Earth spoke to Charles C Mann, an American journalist who has authored 1493: Uncovering the world that Columbus created (2011). Edited excerpts:

Rajat Ghai: As the author of two books on the Columbian Exchange, how do you view the present COVID-19 pandemic, with its themes of disease and globalisation, which the Exchange had spawned? 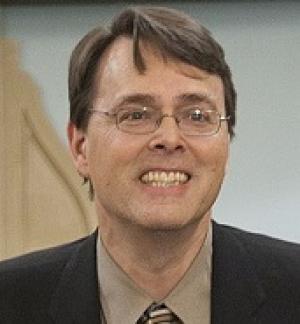 Charles C Mann: In most ways, the current pandemic is entirely unsurprising.

When Spain came to the Americas in 1492 and then to Asia (the Philippines) in 1571, every habitable part of the world was, for the first time in history, in regular contact. It was the beginning of today’s globalisation.

People usually describe globalisation in economic terms. But the trade ships that linked Asia, Africa, Europe and the Americas carried not only people but a host of other species. Huge numbers of species from the Eastern Hemisphere came to the Western Hemisphere, and vice versa. The historian Alfred Crosby called this massive shuffling of animals, plants and microorganisms the “Columbian Exchange.”

Some of the first and most important types of life that moved were diseases — viral diseases like smallpox, bacterial diseases like cholera, parasitic diseases like malaria. For the first two centuries after Columbus, the great majority of these diseases went from Europe, Asia, and Africa to the Americas, which had had very few infectious diseases.

That changed in the 19th century. As the Americas acquired all the diseases of Europe, Asia, and Africa and as the amount of trade increased, new disease outbreaks were able to spread all over the world. The very first truly global pandemic began in 1829, with a cholera outbreak in the Ganges delta. From India, British ships carried the cholera bacterium unknowingly around the world. Within three years it had reached the United States. Probably half a million people died altogether, but nobody knows for sure.

That pandemic put the world on notice that now a single episode could affect the entire planet. No government did anything about it. As a result, there were five more global cholera pandemics in the 19th century. The final epidemic lasted 20 years and overlapped with the global flu pandemic of 1918, which killed about 50 million people. We then had regular global flu pandemics in the 20th century, mixed with a global encephalitis pandemic (1.5 million dead) and the global AIDS pandemic (32 million dead).

RG: Your 2011 book 1493: Uncovering the New World Columbus created talked about ‘homogenocene’. Do you see shades of it in the COVID crisis?

RG: This year has also seen Black Lives Matter protests taking centrestage in the aftermath of George Floyd’s murder, highlighting America’s legacy of slavery and racism, which were again byproducts of the Exchange. Your thoughts.

CCM: Historically speaking, slavery has been most common when there is a lot of land and little labour. Normally, this would lead to labourers being able to charge high wages. Landowners typically haven’t liked paying those wages and so slavery has come in.

This situation occurred in the Americas when Europeans moved in. Because disease dramatically reduced population, the European landowners were short of labour. Their solution was to import huge numbers of Africans as slaves.

The scale of the trade was staggering. Between 1492, when Columbus landed, and the early 1800s, more than two out of every three people who came to the Americas were enslaved Africans. At the time, this human wing of the Columbian Exchange was the biggest migration in history. And those people had huge impacts. All of the colonial cities in the Americas were built by unfree workers. Slavery was foundational to the Americas.

The concept of race — which didn’t exist at the time of Columbus — was invented partly to justify slavery. The Black Lives Movement is, in part, an attempt to force Americans to confront these historical truths.

RG: Latest studies say more people will move to cities in the years to come from rural areas. How do you see this development, given that the Exchange first set in motion urbanisation?

RG: The Exchange also led to the rapid growth of human populations, especially in the Old World. But latest studies say human populations have now plateaued and are declining. Are we beginning to see the end of at least one legacy of the Exchange, then?

CCM: Very possibly. Let’s hope the decline is slow and due primarily to people wishing to have fewer children, rather than being caused by disease or catastrophe.

RG: What should future researchers of the Exchange focus on?

CCM: The Columbian Exchange is still continuing to this day. One contingent of future researchers will look at our refusal to plan for the inevitable arrival of diseases and pests from elsewhere and shake their heads. Another contingent will look at the way we have failed to systematically examine the world’s biota for potential uses and shake their heads for different reasons.