Yohei Sasakawa, chairperson of the non-profit The Nippon Foundation and also the World Health Organization (WHO) goodwill ambassador for leprosy elimination, was in Delhi this week to attend a programme organised by the foundation where spiritual leader Dalai Lama met people affected by leprosy. Sasakawa spoke to Kundan Pandey about the challenges in controlling leprosy. Some excerpts 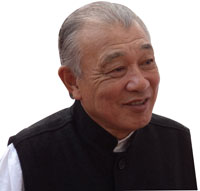 Your comments on the current status of leprosy control

The situation is not at all satisfactory in India. Almost 60 per cent of the global cases are coming from the country. Mahatma Gandhi wanted to completely eradicate leprosy completely from the country but now we talk about elimination (incidence of below one per 1,000 population). This way we are not able to make much headway because our focus is elimination and not eradication.

Now, leprosy control in the country has reached a plateau. I want to visit other parts of the country where large number of leprosy patients are living and facing stigma. It is big challenge for all leprosy patients. This is the reason I requested spiritual leader Dalai Lama to meet these patients and give them confidence.

According to our survey, India has 850 colonies where leprosy patients live. I am working hard to increase the monthly pension the government gives and the effort has started bearing fruit. Recently, Bihar, one of the poorest states, has started giving a monthly allowance of Rs 1,800 each to people affected by leprosy.

You said that leprosy control efforts in India have reached a plateau. Can you elaborate on it?

We have achieved elimination which is below one per 1,000 population. That is a miracle. We should not underestimate this achievement. But now we have become complacent which is not right. We achieved this milestone a few years ago. Since then, no special achievements have been made. This is the plateau I spoke about. We need to gear up for further challenges. There is need to reach to other sections which are vulnerable to the disease, like tribes and people living in slums who are not in government priority list. 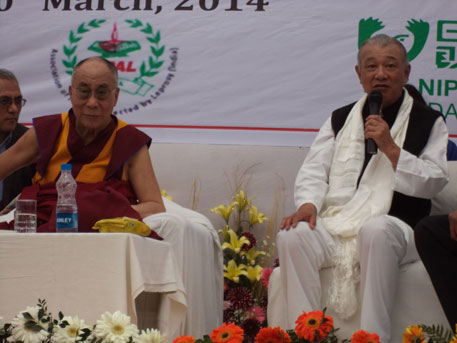 How are the agencies responding to the challenges of leprosy control in India?

I am in touch with many agencies and people concerned. I have been visited the human rights commission in India several times. As many as 52 parliamentarians have formed a group to raise the voice against any discrimination with patients of leprosy. It is significant development in the area.

Do you see the need for any research and development in existing medicines?

Leprosy is communicable disease. I think it cannot be eradicated completely—to zero level. Early detection is the most important factor in the fighting leprosy. It can make a significant impact. So, we must focus on existing solutions. Apart from early detection, we should also work to de-stigmatize it.

Does under-reporting influence and weaken the fight against this communicable disease?

Under-reporting of leprosy cases has always been an issue. In the past, many international groups have raised it. WHO has confronted this challenge and now the problem has almost been fixed. Now, there is no misunderstanding of the issue and focus needs to shift to fight the new challenges.

What’s your next strategy?

We are trying to reach people who are not reachable. At least we have achieved elimination levels in many states but there are a few states like Bihar, Uttar Pradesh and Maharashtra, which have not achieved the desired target so far. We want to increase our activities in these areas. We want to work now at the district level.