‘Chinese food is so entrenched in our lives; COVID-19 can’t change that’

Down To Earth talks to Miranda Brown, historian of premodern Chinese food and medicine and University of Michigan professor, about Chinese cuisine in the wake of COVID-19

Ever since the novel coronavirus (SARS-COV-2) appeared at the end of last year, reportedly at a seafood market in China’s Wuhan city, Chinese people and cuisine have been at the receiving end of intense scrutiny and even vicious, racist remarks. Does Chinese cuisine really deserve the bad press that it is getting? Does it really consist of exotic meats? Down To Earth spoke to historian of premodern Chinese food and medicine and University of Michigan professor, Miranda Brown to find out. Edited excerpts:

Rajat Ghai: As a top expert of Chinese cuisine, what has been your reaction so far to the intense scrutiny and nasty, racist comments about the eating habits of the Chinese people since the COVID-19 pandemic broke?

Miranda Brown: I’m not terribly surprised, though I am sad. I would have hoped that people especially in the US would have moved well beyond nineteenth-century stereotypes about the Chinese.

But it was disappointing to see a senator blame Chinese people for the virus, and accuse them (I paraphrase) of being filthy eaters.

RG: The main criticism is centred around allegations that Chinese people ‘eat anything that moves’ since the pandemic reportedly began in a Wuhan wet market. What position does wild game occupy in Chinese cuisine? Is it a more recent phenomenon? Lastly, is wild game eaten throughout China proper or more in the warm, tropical and humid south?

Game meat is an old thing in China. You have references to folks consuming civet — but I honestly have never seen that on a modern menu!

There was also an imperial culture of hunt (like in Europe). Supposedly, there is a regional component to game meat. But I would probably stop short of assuming that game meat is consumed only in China’s south. 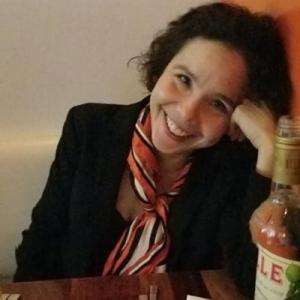 Honestly, I doubt that most people eat game meat on a regular basis. It is expensive, and a lot of folks prefer industrial meat that has been certified by the government.

I would also point out that Westerners eat game meat. Louisiana is famous for its alligator sausages. I have had it a couple of times.

You can also get exotic meats in the United States — I’ve seen everything from venison to kangaroo to anteaters. (Kangaroo in Europe, by the way, is considered to be a PC food since it is “green”).

RG: What is the role of meats in Chinese cuisine? What do Confucianism, Taoism and traditional Chinese folk religion have to say about vegetarianism?

MB: Meat has historically been a prestige food (like dairy). If we go back a few hundred years, most peasants would not have had regular access to it.

In fact, you don’t even have to go back a few hundred years. If we return to the time of rationing (the 1960s, 70s and 80s), farmers rarely ate meat more than a few times a year.

RG: In Chinese culture, is food also medicine? Or is there a difference between food and what is known as Traditional Chinese Medicine, which is notorious for using animal parts?

MB: There’s definitely a connection between food and medicine — probably more so than in the United States (though this movement is also picking up steam, too).

But there are definitely substances that are more medicinal (ephedra, aconites). Others, like ginger, can be both. But you’ll definitely find some grey zone. Foods that have medicinal properties. Medicines that are served as food.

RG: Is the economic upheaval in China in the past 30-40 years, starting from the time of Deng Xiaoping’s reforms, responsible to a large extent for Chinese society’s experimentation with exotic cuisines? For instance, shark fin soup is considered a status symbol. Were things different under Chairman Mao?

MB: Well, the main difference is money and access. Shark fin soup has long been a delicacy in China. But when you are eating meat once or twice a year, you won’t be eating that — or anything fancy.

Exotic food has a long history in China, just like in the West. It was also contested. From the sixteenth century on, food writers decried conspicuous food consumption and excess. Indulging in exotic seafood and hunts were definitely targets of criticism.

RG: What do the accounts of western visitors during the Ming and Qing periods tell us about their first impressions of Chinese food?

MB: The first impressions were quite positive. Italian Jesuit Matteo Ricci didn’t love the (grape) wine, but he and his colleagues were fans of Chinese food. Some of them particularly liked tofu and commented upon the bounty in the land.

RG: Did Chinese culinary habits also arouse Sinophobia towards Chinese emigres when they first spread out in the wider world?

MB: Certainly, Chinese cuisine did not have a high reputation in the Americas in the 19th century. But that reflected general dislike of newcomers in the US (and in Latin America).

You have to remember that the Chinese came to work on the rail road — or in Peru, to replace African slaves in sugar plantations. They didn’t have a lot of power or prestige. That status was reflected in people’s attitudes about their food.

RG: Has the image of Chinese cuisine taken a beating due to the COVID-19 pandemic?

But Chinese styled food is an entrenched part of American life. That won’t change.

Chinese restaurants have endured a lot in the United States. People were eating in Chinese operated restaurants during the era of Exclusion, when Chinese Americans were denied civil rights or citizenship, and were subject to the worst kind of prejudice.